Hey men, i’m very curious about some things on network matches on BB, i’m new on This mode and i really missunderstand all the game when i am playing with experienced players…

Some players does a lot of damage with combos, until here is all ok, but i have to ask (maybe it is a newbie question): one time, i was playing against Rachel Alucard, and the player (losing the match) struck me with a basic attack (i dont remember the move, but is a basic movement) that took all my Health, it was simple attack, but worked like a bug, hiting me since the ground until the top of the screen and only stopped when my life was gone.

Does exists chances to have cheaters? cause sometimes i play with players that make Nonsense combos with no chance to recovery and react…

Sounds like you might not have teched out - Rachel has the ability to do a spinning jump attack that chains into itself a bunch of times (and by ‘a bunch’ I mean, basically infinitely as long as she doesn’t reach the ground) but the damage it does should become extremely small fairly quickly, and you should have the ability to escape from it by pushing a button to tech out unless you were quite low on life.

Was it this twirling attack? 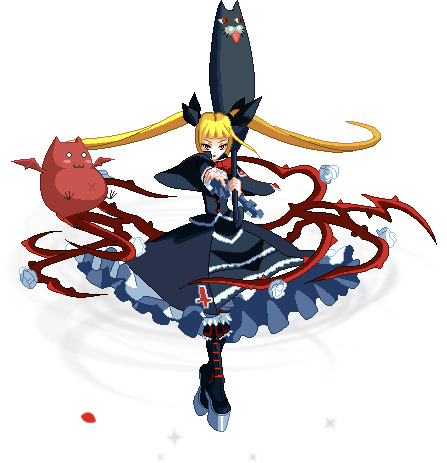 As far as I am aware, there is NO cheating in BB. Just some stuff that feels like it is if you don’t know how to deal with it.

Well, maybe i’m have to try new defensive skills… but i’m sure i’ve tried all the ways to recovery…

thanks for the help!

How much HP did you have before he hit you anyway?

Rachel shouldn’t have been able to kill you with wind+spinning from half health. Do you remember if the combo count turned blue?

no, but i can tell you with sure! She twirled on me until the top end of the screen…

Once you’ve gotten through that, check out the character dustloop forums.

I am really sad cause i rarely can escape from a corner combo… i don’t know why, but it is correct these combos take too long and have this very low time to recover?

In most of times the recovery does not help…

Can you teach me how to recover from these combos?

Every move in the game has a certain amount of untechable (unrecoverable) time. Generally, the longer the startup animation of a move the more untech time it has. The untech time of every move thereafter will scale based off of the starter. That’s why you usually don’t see long combos that start with quick moves like neutral A. There are other factors that affect untech times as well: crouching hits, counter hits, and fatal counters increase the untech time allowing combos that would otherwise not be possible.

So, by stringing together the correct sequence of moves together with the right timing, you create a combo with no recovery points. The reason corner combos are longer is because the wallbounce allows you to put moves together that would otherwise not connect due to push-back. The combo counter will indicate whether or not a combo was techable based on the color of the text: if the numbers are red then the combo is untechable, if the combo counter turns blue it was possible to escape.

When you’re stuck in a combo the only possible escape is to burst by pressing all the buttons simultaneously (A+B+C+D). You get one burst to start the match, which will carry over to the next round if unused, and one burst when losing a round for a maximum of 2 bursts.

I remember the recovery system of Guilty Gear… i think it was much more useful.

In BB, the caracter does not goes far of the opponent after recover, it helps a lot the opponent to link more combos… seems to me that after the recovery there is a frame of vulnerability, and if you memorize it you will always link combos, and the only way to take away from you opponent is wasting your burst… and after all, it is your only chance…

OOOOOOR, maybe i really have to practice more…