I’ve already decided to go to EVO 2013 (haven’t bought the pass yet), but I’m worried I’ll be wiped out by world pros at the P4A tournament. I know it’s double elimination, but I’m still scared. Any advice? I’ve been somewhat practicing against CPUs playing as Mitsuru. I played against my friend in an EVO style match and won barely.

The best thing you can do is practice as much as you can. I don’t play p4 so I don’t know the strategies or tech the game has but practice, practice, practice is the best thing you can do. You have the some of the best players from around the world coming to play so the level is going to be high. They didn’t become pros overnight they put in alot of practice to get where they are, the best thing you can do is watch videos of high level play and try to emulate and tweak it to work best for you. Don’t worry about getting swept by the pros, play the best you can and take your losses and improve from them. There isn’t any shame to losing to people better than you as long as you don’t automatically quit because you got your ass whooped. The pros in these games got swept by other pros and they kept playing until they reached that level.

IMO only practice against CPU if you really can’t find another human to play against either online or local. CPU’s play nothing like those who attend tourneys and will only teach you bad habits. I learned that lesson from SSF4

Don’t worry about impressing anyone. Go to enjoy yourself, meet people who play your game, and to learn from others. Play as many casuals matches as humanly possible on the floor. Ask for advice, and take anything people say under honest consideration, even if it’s “block more.”

I’ve already decided to go to EVO 2013 (haven’t bought the pass yet), but I’m worried I’ll be wiped out by world pros at the P4A tournament. I know it’s double elimination, but I’m still scared. Any advice? I’ve been somewhat practicing against CPUs playing as Mitsuru. I played against my friend in an EVO style match and won barely.

Not everyone in a tournament is a world pro at fighting games. Fighting game “pros” constitute such a minority of the tournament bracket, that you’re most likely to face off against another guy like you, who’s deathly afraid of getting peaced out early in a tournament.

Best thing you can do is just practice and maintain confidence in your game. Confidence and mental endurance is a big and largely unspoken part of the tournament experience. If you go into a match thinking you’re going to get destroyed, you’ll probably just fulfill your own prophesy, and get destroyed. Practice your game, make sure your strategy is tight, work on your execution so you won’t slip in a match, and you’ll do just fine.

Don’t think of winning your first tournament as a goal. It’s an unreasonable one. Take it as a learning experience and do your best to analyze what skills you’re lacking to do well in a tournament, and above all else, have fun. The tournament is only a small part of Evo, and imo, it takes a backseat towards getting to meet fellow players who enjoy the same hobby you do, as well as getting to experience the hype of having everyone cheer during a finals match.

You know that saying “Play to win”? Don’t do that. Play to have fun. If you lose and feel bad, then get better but fun must take priority. Too many people go to tournaments and don’t have a good time. Most of the time it’s because they take their losses too hard or don’t want to interact with anybody else. As you get better and more experienced, you’ll learn that you can have a great time AND play to win. I definitely wouldn’t taint your first major tournament by just focusing on winning though. Yeah yeah do the best you can in training mode or against friends, but don’t sweat it if you go 0-2 in your first tourney. We’ve all been there.

P4U’s netcode is pretty solid…you should be able to get in some matches for experience, unless you live in another country that has no scene (but if that’s the case, I really question coming all the way to Evo just to compete in P4U when you are a beginner). I say, take it online and play as much as possible, if you have no offline scene.

You’ll probably get put out early. So what?

EVO is godlike even if you don’t enter anything. Treat it as a vacation and don’t get stressed out about it. 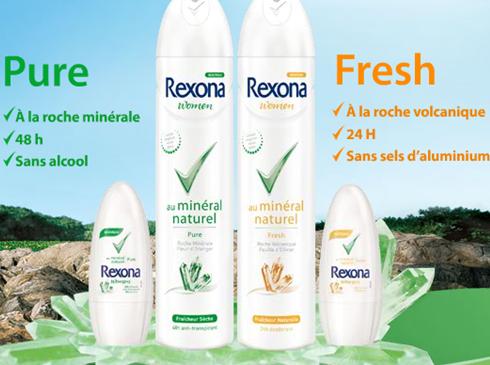 play the shit out of you character/game/team. leave nothing behind and dont hold back. youll need all of it cause you are likely to get demolished anyway

also learn from everything you lose to

Fuck everyone. Your the best. Go in hard every match. Be humble if you lose though.

Might sound crazy with how expensive the EVO trip is but… JUST GO HAVE PHUN!

Go network with other players, play a ton of casuals and TALK. You’d be surprised what you could learn just by talking with other players at tournaments. If you go 0-2, don’t cry just try to figure out why and maybe run it back with a few players you played in the tournament. ASK QUESTIONS. If PlayerX is beating you every time in SituationY… ask the mofo what they are thinking about, why they are doing that one thing that one way, etc.

And don’t forget to take a f*cking shower or nine.

Practicing against CPUs for EVO? Lawd, I seriously wish good luck, but have fun at EVO can’t wait till evo 2015

CPU??? Lol, sorry, but you will loose every game at evo. Every single one. Thats just realistic, if you dont have a local scene or real people to compete, you absolutetely have no chance at all. You have to know the matchups, and importantly the setups every character uses, that you can react accordingly. The CPU doesnt use those setups.

CPU??? Lol, sorry, but you will loose every game at evo. Every single one. Thats just realistic, if you dont have a local scene or real people to compete, you absolutetely have no chance at all. You have to know the matchups, and importantly the setups every character uses, that you can react accordingly. The CPU doesnt use those setups.

I hate to say it again but this wizard is correct. Yeah, you could learn some simple execution stuff against CPU opponents but you’re missing out on the GAME itself… MIND GAMES/PSYCHOLOGICAL CONDITIONING.

If you’re are already going without a doubt, you WILL have a TON of fun. You WILL make some new friends and/or rivals. You WILL get beasted. You WILL level up a BUNCH. And you’ll PROBABLY become addicted to the tournament buzz. I hope everything on your trip works out! It’s going to be hype fasho.