Any way I can record Neo-Geo input movies and then dump/convert them to AVI etc?

'Sup fellas. I’m in need of some help. Recently I’ve been attempting to create a couple of “arcade/console” comparison videos for a couple of Neo games, namely the original “World Heroes”, “Fatal Fury Special”, and “Samurai Shodown”. Don’t get me wrong, I’m not asking for the “games” as I have all of the “games” necessary that I intend to make the videos out of (the original Neo versions, and the various Genesis/SNES/Sega CD ports), but I’ve hit a roadblock as far as getting to record them and then putting the video together for YouTube, etc. consumption.

I have a pathethically archaic PC (1.6 Ghz P4, 640 MB DDR SDRAM, 16 MB ATi Rage 128 Pro, Integrated Sound) that almost screeches to a halt when using video recording/capturing programs such as FRAPS, Camtasia, ZD Soft Game Recorder and the like. I’ve attempted to record emulator gameplay footage with them, but even with the lowest settings on the programs and the emus itself, the frame rate and video quality is abysmal.

With that said, does anybody know of any Genesis/Neo-Geo emulators that not only record input movies, but are also able to dump these input movies into AVI or a viewable format? I’d really like to showcase the rather obscure Genesis/Sega CD ports of “World Heroes”, “Fatal Fury Special” and “Samurai Shodown” alongside the other versions/ports.

Any help would be appreciated, thanks!

For Genesis/Sega CD I’ll have to do some digging but I’m sure I saw one.
There’s Mame++ that has the Haze MegaDrive drivers built in, since that mame has built in AVI recording BUT, the Genesis emulation is glitchy and I’m pretty sure SegaCD isn’t supported.

Edit: There’s a modified version of Gens on TASvideos.org that seems to do it all. I dunno how much is different from the official Gens since I haven’t updated it in a long time -
http://www.savefile.com/files/812064 (mirror)
http://tasvideos.org/EmulatorHomepages.html#SegaGenesis (original link)

Man, thanks a lot Jedah!

I was fiddling with FBE’s AVI recording options, and found it to be as great as ZSNES’s. From what I’ve tried it seems like XViD is the best and most user-friendly codec to use.

The modified Gens however…man is it complicated/a pain in the ass to mess around with. I’m totally used to plain vanilla Gens and Kega Fusion, but this one has me STOMPED. I can’t get the games to run at full speed, as the emu seems to run in perpetual slow motion, which I presume is for the tool-assisted speed-runs. Wonder how and if Sega CD record input/AVI recording works considering the disc format and load times…luckily I have my “games” in ISO format.

Anyways, any tips or suggestions as far as best video codecs and getting my input recordings to play exactly as I did? (Had some trouble with the latter on ZSNES) Also, could I like, do an input recording on a regular copy of Gens and fiddle with that same recording on this hacked Gens? Seems like the easiest thing to do if possible.

If the emulators (hacked and official) are close in versions I would think you could record on one then play on another. I’m not familiar with Gens or how it handles anything at all, though.

What have you tried in Codecs so far? Techsmith Screen Capture Codec isn’t bad if you make sure to put it on fastest compression as opposed to best, and keyframe as much as possible. That’s going to make things pretty big, but it’ll also look pristine.
MS MPEG 4 (you might not have it, it doesn’t come with Windows) on the best settings also works pretty fast and nets you better compression, but even on the best settings you’ll notice the colors are dulled and some pixelating.

I believe this is just the MS MPEG4 versions (there’s 3 in the pack, I usually just use V3) 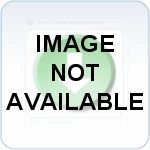 and this is an official package from MS that contains them as well -
http://www.microsoft.com/windows/windowsmedia/forpros/format/codecdownload.aspx

I found that out of all the codecs I have on my PC and have tried via FBE, that XViD is the most user-friendly and with a few tweaks here and there nets excellent video quality and a decent file size.

And what does “keyframe” mean? I see the word being thrown around a lot in these emulators. Of course, I’m not doing any speed-runs or anything of the sort, just recording emulator footage.

I found that out of all the codecs I have on my PC and have tried via FBE, that XViD is the most user-friendly and with a few tweaks here and there nets excellent video quality and a decent file size.

And what does “keyframe” mean? I see the word being thrown around a lot in these emulators. Of course, I’m not doing any speed-runs or anything of the sort, just recording emulator footage.

In digital video, to make the file smaller (and not like 10 gigs), it stores a picture from the video, and then for the next few seconds it will store just the changes from that picture. The keyframe is that original full picture. So, if you have one keyframe per second it will be a larger file than 1 keyframe every 5 seconds. The trade off is that if there is a lot of motion & crazy shit going on (like a MvC2 match) the video will mess up unless you have keyframes more frequently (results in a larger file).