I think I have ADHD or OCD or something. I feel compelled to do things such as make things even or have overwhelming thought about something. Meth fixed it for a while, and I realized that didn’t do much else for me… The best thing I realized is that things you do or think or dwell on don’t really matter and to just ignore it.

The more you do it the easier it becomes. You basically just have to train your brain to let go and get over things out of your control.

when I went to get checked out for this, I had myself checked for OCD as well. A lot of these terms get tossed around as buzzwords, and get thrown on kids who’s only actual problem is being pummeled by sugar in their diets. OCD people are much more serious. If you have to wash yourself like 40 times a day or you will DIE, you have OCD. OCD is hardcore serious, and you will definitely know you have it, or those around you will.

ADHD basically you have too much energy. You can’t pay attention to things, you interrupt during conversations (and if you have something to say but can’t, you can literally feel it), you get nervous tic’s, mood swing’s, trouble sleeping, and not being able to sit still (you’ve undoubtedly seen people sitting there just tapping their leg nonstop for no fucking reason at all). It’s a genetic disorder, with possible environmental causes, and has been known to have been caused by brain damage. You don’t fix it with diet and exercise, you pretty much HAVE to medicate it.

Imagine injecting yourself with pure adrenaline every morning…that’s ADHD.

Sov’s going to lose his game and develop social anxiety.

Pass on the pills, man.

Dont trust no pills. Shit just fixes one problem and gives you another or 5.

Try just about everything and see if it helps before rushing to the pills.

Effects of ADHD on Sexuality

ADHD's effects on sexuality can be difficult to measure, since symptoms may present themselves differently from one person to the next. Here's a look at its potential effects.

That being said on a more serious note, I’m neutral on this topic. On the one hand I don’t think there are any medical doctors in this thread and our opinion really can’t hold much weight. On the other hand, money does talk and volumes and volumes of data do show that we are overmedicating our kids and ourselves. One only has to look at the ridiculous new proposals and changes for DSM-5 to see how the everyday “things” that one might experience at one time or another become medical conditions all of a sudden.

At the end of the day, neither I or anybody else can tell you what is right for you. If you feel that these pills will help you than by all means go right ahead. However, I do feel that “these pills” are Band-Aid solutions a lot of times to problems we do not have the answers to or don’t want to take the steps necessary to answer…

Well, since i was little i always had problem to keep focused on a task, if i deemed it too boring or not interesting i simply started spacing out on imaginary land :looney:
I had some treatments here and there but for the major part i was taught how to keep the focus, i used to isolate myself through the music so i only had stimuli from what i was listening and the task i was doing. Another thing is that the my ADHD is compensated with my OCD (You can’t imagine how annoying is to have both of them, is like having both the break and the gas pushed), so far the only symptoms that i display in adulthood are hyperfocus, tendency to procrastinate (which sometimes leads to underestimae the time it will take to finish a task :/), i also tend to interrupt others, specially if i feel that they are wrong or their points lead to nowhere and that i haver huge problems to fall sleep.

As for side effects, it depends of the medication, the most common one was being a little sleepy, besides of that you notice how easy becomes to keep focused on the tasks you are doing.

That kinda sounds like me sometimes… wouldnt surprise me if i had it too. kanye shrug so far it hasnt impeded me too much.

I was diagnosed with ADD when I was 10. I can’t overstate how much better life got when I decided to stop taking my meds.

I was diagnosed with ADD at the age of 9.
Only medication around at the time was Ritalin which made my ADD worst.

I learned to cope with years of therapy and self discipline.

Are you sure it isn’t just the crystal meth and bath salts bro?

Our brains are different, they don’t make enough of a kind of neurotransmitter, or our brains don’t take in enough of what we make. This is why medication works so well for so many people. We lack a balance and the medication puts it back in to balance. Like how diabetics take insulin to manage their blood sugar levels.

It’s a deficiency in our frontal lobes, self-regulation and behavior. Learning and knowing what to do? Not a problem. Doing? There’s the problem. Which is why whatever you might try, whatever you might learn, won’t quite stick in till you get medicated. Been about 8 years since I was last on Ritalin and getting my life back to how it was like while on medication has not been working. The juice just isn’t there. My thought process is different; all my alarm clocks, notepads, whiteboards, and todo apps just don’t work like when I was medicated.

I already see the anti-med posts. Lost of old information still circulating out there about ADHD, along with agendas and bias. It can be difficult to navigate. All brain disorder topics are heated. It’s to be expected, I can’t “show” you my disorder. As someone who was diagnosed during alot of the ADD hysteria, and then again as an adult, and has been in denial of my ADHD and hated my medication, I figure I should say something. Knowing more about what ADHD is and isn’t, I’ve come to accept it. And in retrospect, as much as I hated my medication and denied it having any effect, it did have an effect and it did help my life. I’ve been lucky to have had some damn good doctors who wanted to actually help me rather than just pump me full of anti-depressants. But I’ve been having a hell of a time finding a new doctor. Wish you well in what ever it is you decide on doing. 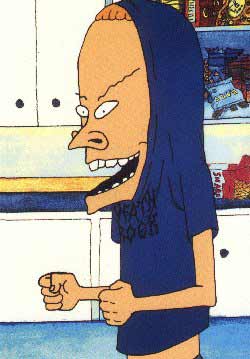 Havent taken my meds in 9 years. ADHD medicine left me so sleepy that I was damn near comatose for most of the day. Never again.

My little brother took pills for his ADHD when he was about 10-14 and he got SUPER skinny, he wouldn’t eat anything. But as he aged he stopped being so energetic/crazy/hyper and is eating regularly, he’s fine now. But he still has problems concentrating in school, I don’t think there is an actual cure for it.

It’s 2-sided, either stop your ADHD and get a terrible side effect, or you kind of just have to deal with it.

ADD/ADHD does not exist. Learn to focus.

ADD/ADHD does not exist. Learn to focus.

op: i have it, i went on the drugs but didnt like how they affected me in highschool. I’ve considered goin back on them, the past few years have been pretty bad a.d.h.d wise…i’ve been pretty good with anything not related to school. But i’m thinking of studying up for some i.t tests and how my a.d.h.d will affect me kinda scares me.

be careful about any medication because just like us they are all different. i had to take adderall and got insomnia from it.

as for the smoking being frowned upon start baking (literally!) and call it a good time!!!

I would take the time to learn about meditation and breathing exercises before taking pills. I think what they call AdHd is just the brain itself rebelling or adapting to being bombarded with types of stimuli that it hadn’t evolved to cope with. The cool thing about breathe and meditation exercises is that it kind of power cycles your body in a way that can help you deal with those types of situations. Kinda of like that old paper bag/anxiety trick.

Does stuff like this really bother people with OCD or is it just a stupid meme?

Does stuff like this really bother people with OCD or is it just a stupid meme?

I don’t think I have OCD…but I think my eye twitched a bit.

You should try asking Marvel 3 players and Mass Effect fans if they have ADHD.

I ask this to myself before. Is ADHD even real? Will prescription pills help me cope with it? I was only 13 when I was diagnosed with ADHD (well more ADD, not really extreme) too and took prescriptions for a period of time. They worked but it had bad side-effects that took a toll in my body. I became depressed, I couldn’t sleep, eat, think creatively (I draw), my hairs were lashing out. Then I made a decision to stop taking my meds.

Right now, I’m 21 and I’m doing great. But I ask the question ‘do I really have ADHD?’ Because I feel like I wasted money on prescriptions just on some psychiatric condition, which I doubt, exists.