(Just copied and pasted from Reddit, way too much going on)

Live stream, they are interviewing a witness here http://www.france24.com/en/livefeed/

Police and Army are shooting now

No one allowed to leave Stade de France now, (it is where President of France was also at the time)

Video at the restaurant after the shooting, from France 24

Hollande has been evacuated from the stadium

From @France24: Now reports of an explosion in another area of Paris. It’s not clear if that’s linked to shooting at the Paris cafe.

BREAKING: 3RD SHOOT-OUT IN PARIS. 12 PEOPLE WOUNDED OR DEAD IN THE STREETS.

Picture of 6 bodies lying on the street

liberation news paper has a journalist on site

22:32, France24 is interviewing a witness again, she says she doubts there was just one person, she heard 25-30 shots

what the hell? suicide attack being reported, i dont know if it is true but i will link. 2 suicide attacks, one on forecourt of Stade de France, another nearby" according to Trade Union Alliance on @LCI

map of attacks in paris

30 dead according to breaking3zero quoting AFP

Around 60 people said to be inside #Bataclan concert hall in hostage situation #Parisattacks
Don_Barracuda November 14, 2015, 3:44am #4

Nevermind the fact that all Abrahamic religions are inherently violent if followed to the letter.

They need Sarkozy back. 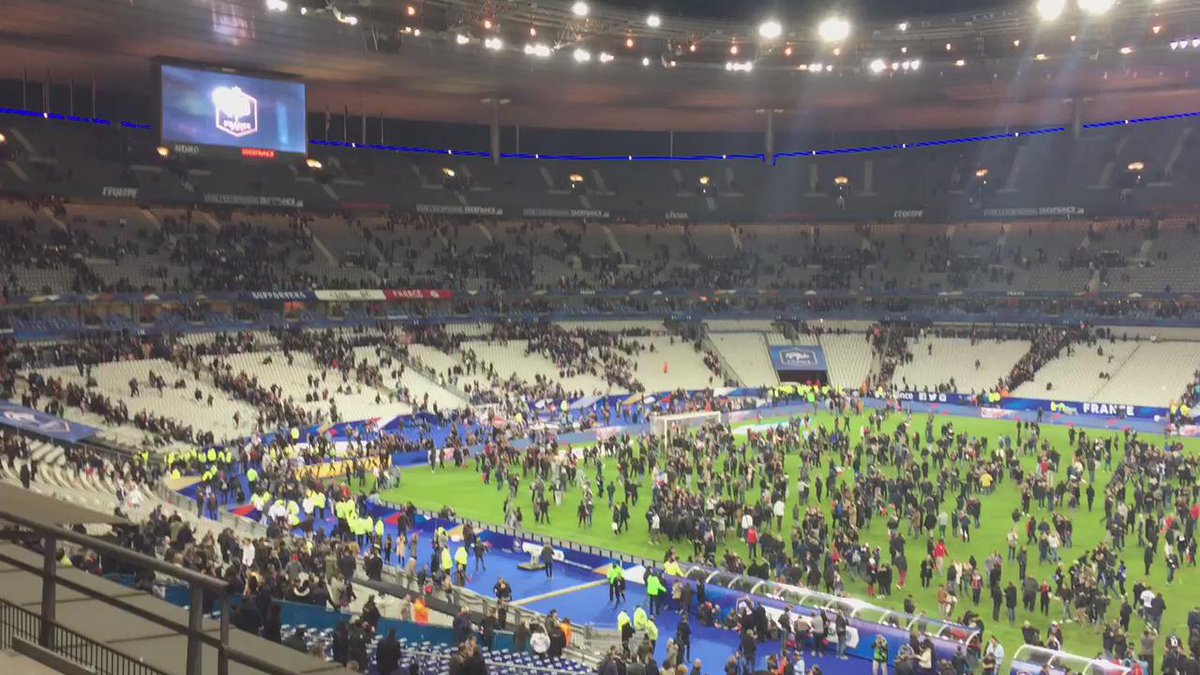 Hundreds of people have run onto Stade de France pitch after the full-time whistle as they are frightened to leave. https://t.co/Y38WjCRTdY
SoVi3t November 14, 2015, 3:47am #8

Shooting being reported breaking out at a subway and a shopping centre (mall?)

This is crazy. Hope everyone gets home safe and the perpetrators get dealt with swiftly.

real-time updates on reddit: the front page of the internet

I wonder if france will put some blame on germany/eu for letting so many immigrants in. because you know it has to immigrants.

Live updates on the incident

Holy fuck! This is some of the most sadistic shit I’ve ever read. “PARIS: President Hollande:"All forces are mobilised to neutralize terrorists. Military are arriving in the city to prevent further attacks."”

Holy fuck! This is some of the most sadistic shit I’ve ever read.

That is why I would make a shitty hostage, I would be the first to go because I would go down fighting. No way I am staying pacified when the numbers are on my side.

at some point, people will realize that muslim extremists don’t take hostages. Fight or die.

Apparently a 4th event going on.

nobody else is reporting that hostages are being executed yet…