You can cover both quick and back techs in the corner with s.MP.
For example, EX Straight -> Dash -> cr.LK (whiff) -> s.MP is a frame perfect meaty.
+0 on block for Quick and +3 on block for back.

Can someone find a good normal to do the unmoving shimmy with? I would love to test but I’m out with some friends atm. Will lab it later tonight.

spending all the v-meter right after activation is ineffcient imo. ( exept when you are going for kill/stun).
instead you can spend 1super bar to get a similar dmg and corner carry.
for example:

now go for some shenanigans, dont let him out of the corner and finish him off

Balrog’s CA being QCFx2 is really fucking with me 2-in-1 ing it. I really hate that it’s not a fucking charge move like it should be. It’s cost me multiple rounds.

I play Guile, so I hear this. I’ve been doing this with success: db(charge) qcf+p (that’s your dash straight) qcf+p (ca cancel)

Edit: I assume you mean cancelling into it from a rush punch…

Here’s my take on it, with an option for opponent’s who choose not to recover.

Lab session 1! - will edit and update as I test more things. I’ll try to cover things I haven’t already seen in the thread so far, you guys seem to have covered a bunch already I’m gonna struggle with my primal methods of discovering tech D:

Post knockdown oki for l.dash low -
I use l.dash low in a lot of my combo enders, you get a 2-way post oki route with it. So after l.dash low ends, dashing forward leaves you + enough to land a st.mk meaty to beat 3f normals, but if they back-roll it doesn’t work. You can KINDA react to a back roll in your dash frames, and if they DO back roll pressing st.hk fills the gap and also lands meaty, beating 3f normals and scoring crush counter. Testing all normals or delayed timings to see what actually can beat both, would be nice to cover all options. Nope, no normals beat both options, we’re S.O.L on that front.

Post knockback oki for m.dash upper -
This is a little awkward because of the distancing to the target, but it still gives you good damage from both recoveries and it’s only stoppable through the use of reversals. After your m.dash upper, whiff a cr.lk into an immediate h.dash straight. Against 3f normals it will trade on normal recovery allowing you to link in a m.dash straight/EX dash straight/EX dash low/EX dash upper after the trade. Against back recovery into 3f normals it will counter hit, because of their backroll the h.dash punch is now super meaty allowing you to link it into the cr.mk stomp target combo to follow up with a VTC if you have VT available. This also beats throws cleanly too if anyone was worried about that.
EDIT**
LOL, I had my SFIV Rog thinking hat on thinking rush punch was safe. Just tested it and it completely skipped my mind that rush punch is punishable now. God damn it, I’ve wasted like 45 minutes LMAO. I mean, this set-up still works but it’s a stupid thing to try considering it’s like -7 on block.

Now I’m through being a retard, m.dash upper seems very hard to keep the pressure on after ending a combo with it. You can’t do dash punch - v-skill to close the gap vs. 3f normals unless it’s back recovery, TAP will whiff on back recovery, dashing is out of the question altogether, frame kill set-ups won’t work due to h.dash punch being unsafe. I’d actually recommend not using m.dash upper to end your combos unless you’re near the corner and will knock them into it or if the combo will just kill them.

So I just now found out you can hit with the 1st hit of EX straight and v-skill cancel the 2nd one into punch follow-up or OH. s/o to Jav1ts

Made a combo video, using a lot of V-skill cancelling. I wasnt aware of the EX straight one though. Played around with it now and found a combo with 3 EX Straights thanks to that (CC c.HP, EX Straight xx VS xx P, EX Straight XX VT, EX Straight xx f.Px2), but other than that I couldn’t find anything interesting. Anyway, here’s the video:
https://www.youtube.com/watch?v=KzkokJBGb9g

I love you guys

I believe that’d be dash up mk,mp target combo > v.skill with either follow up. Punch follow up puts them far, kick puts you right in their face.

I also believe the kick follow up sets you up for a meaty st.mk setup which on counterhit can lead into cr.hp > hk screw

@Froztey don’t worry friend, it’s because it’s not possible. You have to do st.hk > st.jab > dash feint - OH.

Strange that it doesn’t work when cancelled off cr.mp 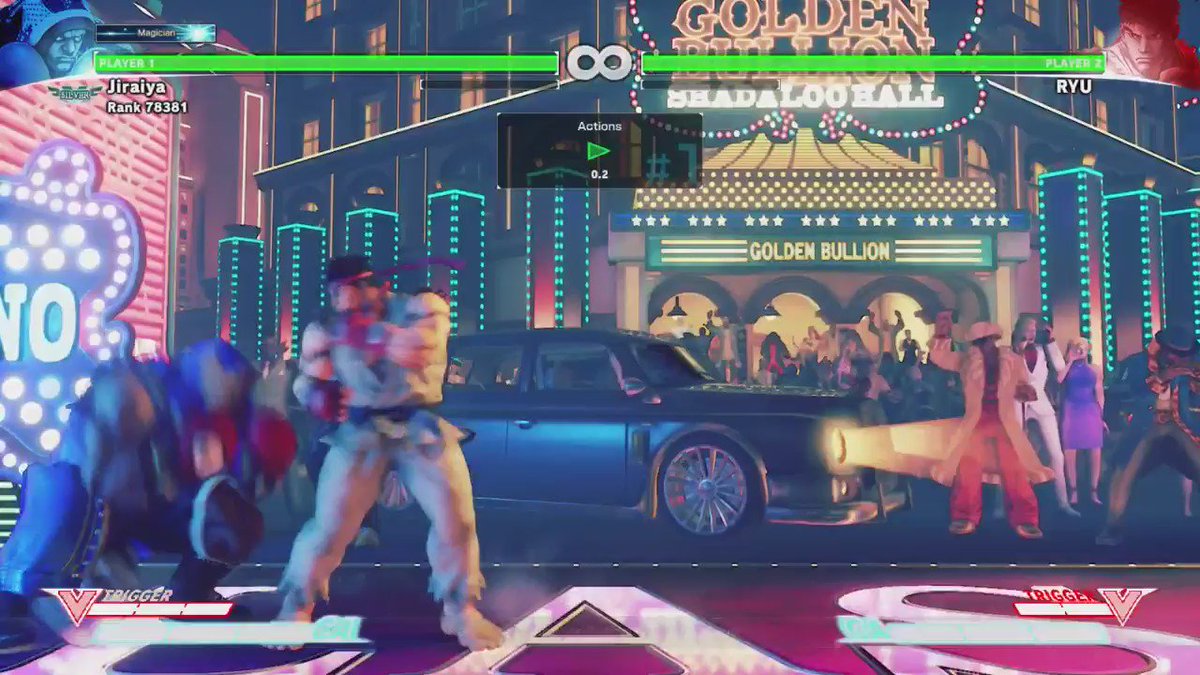 I think this sick DP punish should be here, not in the main discussion.
As I asked, can someone write down inputs for this setup ? thanks

The OH can be blocked and punished though

I wrote them down in the general chat, I will say that the overhead in it’s entirety is pretty hard to land on anyone with a brain. The start-up is just far too long for it to not be just a bad gimmick at the end of the day. I’ve yet to be hit by it online outside of trying to punish the damn thing on start-up

I suppose you could also just do heavy dash straight after the CC.