I’m new to sticks and i’m going to buy SFIV for the PC, i wonder what stick you recommend for that and i wonder if sticks that you plug in to your computer can be used in other games like shmups that you have downloaded. I’d be happy if you can link to a cheap and good computer stick. :wgrin:

The Mad Catz SF IV stick would be perfect for what you are looking for.

I’m new to sticks and i’m going to buy SFIV for the PC, i wonder what stick you recommend for that and i wonder if sticks that you plug in to your computer can be used in other games like shmups that you have downloaded. I’d be happy if you can link to a cheap and good computer stick. :wgrin:

Honestly, even as a beginner, you want the best you can get imo. Why start off on pure trash that wont even register directionals and button inputs? You will miss half your moves and benefits your learning and enjoyment of a game.

That stick is pretty flimsy and is known for pretty crappy quality. You said cheap and good, which is pretty counter productive.

Take a look at this listing by MarkMan. Then check around to see what suits you, and what fits in to your price range. 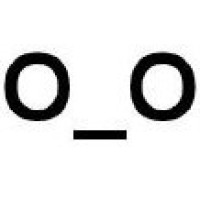 THIS IS A WORK IN PROGRESS!  UPDATED REGULARLY! Last update on 02/09/2009! See comments below for latest updates! Also check this SRK – Tech Talk Discussion Thread on the subject! I’m g…

How do you know the price?
And do all of the sticks work for the PC?

I don’t recommend the Mayflash stick at all.

Understand that a Beginner stick does not mean getting a Cheap stick.

It doesn’t take a Pro or even Beginner stick user to understand that you usually get what you pay for. Quality of parts and durability is always important when you buy a stick. There really is no point in buying something that is likely to break after a month or two when you could truly get something that is going to work well.

I recommend checking out this thread here, It’s a listing of Retail sticks based on their quality by MarkMan, a resident Stick Guru of SRK and designer of the MadCatz Street Fighter IV sticks.

You can just google the name of the sticks on these lists to go window shopping online and find something at the right price for you.

Edit : Imitrex beat me to the punch in basically saying the same thing

Thanks, but which sticks works for the PC?

Listen to these guys, I had to learn the hard way. I spent 45 bucks on a Hori Fighting stick 3 and I totally regret it. If I had known what I knew when I went for a custom stick I would have never bought the stupid thing. The buttons suck and It’s not the easiest stick to mod either.

Xbox 360 sticks are likely to be more liable in finding drivers since they can easily use the Microsoft Xbox 360 Controller drivers, whereas with PS3 sticks you might need to find sixaxis drivers, or even modified sixaxis drivers for some PS3 sticks to work on PC.

If you can the best possible retail stick to get is the SFIV Tournament Edition FightStick which is $150 but that may be somewhat extreme.

Or you can hunt down an older PS2 Arcade Stick from that list, and get a PS2 to USB adapter and that also works.

Sry for being so nooby but … drivers?

yes, you need drivers too work the stick on the pc… drivers are files you download in order for the stick to communicate with the pc.

Necessary software that allows stuff to work properly on your computer such as your video card or sound card. There is drivers for most components.

It would seriously be in your best interest to do some web searches on google for common PC terms, it will help you in the long run if you plan to do any sort of gaming on your PC.

Also telling us to rush to help you out is more likely going to have the opposite effect around here. I am not going to spoon-feed you everything. Even you should be capable of some self effort.

Seriously Google is a very valuable tool. Some some good searches and a bit of research can help you and answer a lot of the unnecessary questions.

That’s what i thougt.
So what stick is ‘‘awesome’’ for as much as $70? Is it the official stick for SFIV?

My first stick was the HRAP3 for the PS3. Very well rounded and awesome all together. Only recommendations on that is swapping out the buttons for Sanwa types which is very very easy. But if you’re looking in a price range of sticks of around $70, go with the Standard Street Fighter IV stick. Both work on the PC. Melty Blood is so much damn fun with an arcade stick, btw