The title says it all, but here’s a link and the article.

The paralympic champion Oscar Pistorius was charged with murder after his girlfriend, Reeva Steenkamp, was fatally shot in his home in Pretoria, according to South African police officials.

[details=Spoiler]JOHANNESBURG — She was a platinum-haired model on the cusp of the big time, about to make her debut on a reality television show. He was a global sports hero who, despite having had both legs amputated at the knee as an infant, ran so fast that in a 2011 Nike advertisement he declared, “I am the bullet in the chamber.” Reeva Steenkamp, the model, and Oscar Pistorius, the Paralympic champion and Olympic competitor, were glamorous young fixtures on the South African celebrity scene.
From the Magazine

Lucky Nxumalo/Agence France-Presse — Getty Images
Pistorius was charged with murder in the shooting death of his girlfriend, Reeva Steenkamp.
But early on Thursday morning, the police arrived at Mr. Pistorius’s house in a gated community in Pretoria to find Ms. Steenkamp in a puddle of blood, dead from gunshot wounds. And before the day was out, Mr. Pistorius, 26, who ran on carbon-fiber blades that earned him the nickname Blade Runner, had been charged with murder.

Early news reports here that Mr. Pistorius, a gun enthusiast, had accidentally shot his girlfriend, thinking she was an intruder, gave way to grim police news conferences announcing previous law enforcement complaints about domestic episodes at his home and the charge of murder. The development stunned a nation that had elevated Mr. Pistorius as an emblem of the ability to overcome acute adversity and a symbol of South Africa’s ability to achieve on the world stage.

“He was an icon for South Africa,” said Hennie Kotze, one of the coaches who worked with Mr. Pistorius on the 4x100-meter relay at last summer’s London Olympics. “It was the way he handled his disability with such character and discipline. It is a big shock for everyone.”

Mr. Pistorius was arrested on Thursday and taken to a jail in Pretoria; a bail hearing was scheduled for Friday morning. The police said they planned to oppose bail in the case.

Even in an era that has seen idolized sports heroes fall from grace at a rapid clip, from the doping of Mark McGwire and Lance Armstrong to the philandering of Tiger Woods, Mr. Pistorius’s arrest stood out for the severity of the charges, the unique hardships he had overcome and the outsize triumphs he had won, not just against other disabled athletes but against able-bodied ones as well.

Mr. Pistorius won two gold medals and a silver at last September’s Paralympic Games in London. In the 2012 Olympics the month before, he reached the 400-meter semifinal and competed in the 4x400-meter relay.

In the Paralympics, Mr. Pistorius won individual gold, successfully defending his 400-meter title. He had lost his 100- and 200-meter titles, but was part of the gold medal-winning 4x100-meter relay team. He came in second in the 200-meter race.

After that contest, Mr. Pistorius damaged his reputation among his followers by questioning the length of the blades used by the winner, Alan Oliveira of Brazil. Mr. Pistorius later apologized and praised the 100-meter gold medalist, Jonnie Peacock of Britain.

Mr. Pistorius, who was born without fibulas, had his lower legs amputated before his first birthday, and he battled for many years to compete against able-bodied athletes. In 2008, he qualified for the Beijing Games but was ruled ineligible by track’s world governing body because his blades were deemed to give him a competitive advantage.

His arrest is a stark reminder that violence is an everyday fact of life in South Africa, where fear of armed robberies and carjackings prompt the wealthy to take refuge in heavily guarded gated compounds and arm themselves with handguns.

“The best case is that he shot her by mistake,” said Hagen Engler, a journalist who edited FHM, a magazine that frequently featured Ms. Steenkamp, whom he knew well. “And that is a particularly South African mistake, that we are so paranoid you are ready to fire off bullets when you don’t know what is coming. We are such a messed up country in some ways, and every now and then it comes to the surface with events that bring it into such stark relief.”

Henke Pistorius, Oscar’s father, said in a telephone interview: “I wasn’t there; I have too much respect for Oscar to speculate. I have no clue what happened. The only person who can make any statement will be Oscar himself.”

He said that his son had “been in an excellent frame of mind” and had been training for the coming track season.

In a 2012 interview with The New York Times Magazine, Oscar Pistorius said that he owned a 9-millimeter pistol and that he had wielded it once in response to a false burglar alarm at his home. When asked how often he went to a shooting range to practice, Mr. Pistorius said, “Just sometimes when I can’t sleep.”

Mr. Pistorius had posted a Twitter message recently about another false alarm that might have prompted him to grab his weapon.

“Nothing like getting home to hear the washing machine on and thinking its an intruder to go into full combat recon mode into the pantry!” he posted on Nov. 27.

Adele Kirsten of Gun-Free South Africa, an organization opposing gun violence, said that whatever the motive, the shooting was avoidable.

“The idea that you have a gun to protect your family against intruders, the data doesn’t bear that out,” Ms. Kirsten said. “What it tells us is that having a gun in your home puts you and your family at risk of being shot.”

Homicides involving guns have declined in South Africa in the past decade, Ms. Kirsten said, a development many here attribute to the Firearms Control Act of 2004. It restricts South Africans to one gun, either a handgun or a shotgun, for self-defense. Exceptions exist for regular hunters, but all weapons must be licensed, and gun owners are required to demonstrate that they are trained in gun safety and are free from mental instability and substance abuse.

The overall murder rate has dropped by 50 percent since its peak in the late 1990s, and the number of women killed by intimate partners using a gun has also dropped. In 2009, 17 percent of such intimate partner killings were gun-related, down from nearly 31 percent in 1999.

On her Twitter account, Ms. Steenkamp described herself as “SA Model, Cover Girl, Tropika Island of Treasure Celeb Contestant, Law Graduate, Child of God.” She had posted a message on Wednesday alluding to Valentine’s Day, saying, “What do you have up your sleeve for your love tomorrow???”

Alan Cowell contributed reporting from Paris, Jeré Longman from Philadelphia and Mukelwa Hlatshwayo from Pretoria, South Africa.
This article has been revised to reflect the following correction:

An earlier version of this article referred incorrectly in one reference to the sprinter at whose home a woman was fatally shot. He is Oscar Pistorius, not Pretorius.[/details]

personally i don’t think he has a leg to stand on.

i want puns and i want them now!

Messed up story. It’s a shame she didn’t live.

But then again, who does?

damn shame though, tink tink was inspirational to me

it must be her fault cause she’s a woman

looks like Tink Tink’s going﻿ to the clink clink.

I think with all his money his defense will already have a leg up on the district attorney.

There’s no where for him to run this time.

100 miles and no running away from this one. 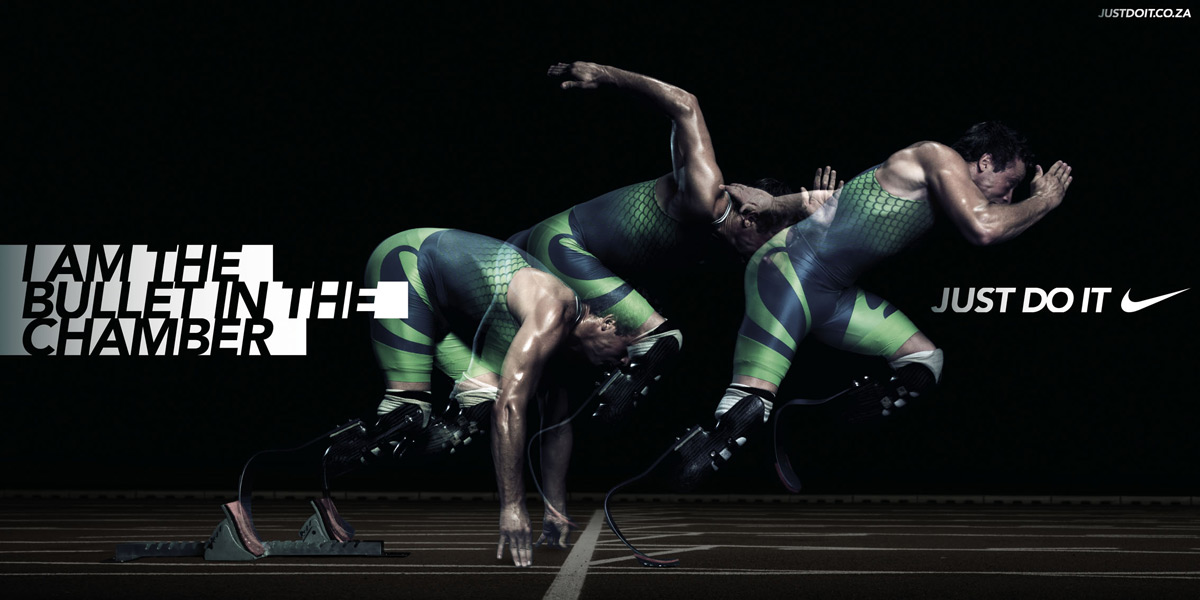 I don’t like the gap between her breasts. Too large. Also her chin is too profound. Not Japanese.

he should have just kicked her out of the house. police got a lot of legwork in front of them.

this is a bummer on the real. i remember that pic of him with the little amputee girl, very heartwarming, tarnished now

So like… when he’s in jail… will he get to keep his legs… or how that does work?

I tried to come up with one…but I’m stumped.

Watch him escape incarceration and go on to become a mastermind criminal with robotic legs just…like…Stilt…Man…fuck.<br>

Dander is the best