Just wondering if anyone has ever used this? It looks pretty interesting. And it’s cheap.

It’s also sold by other brands, but I can’t think of the name right now.

This is a rebranded stick from china. Costs around $10 here in the Philippines.
Quality is poor. I broke a button in a week. $29 is a ripoff.

What about case and PCB quality? I think these can be modded easily.

I just bought one from the site, I guess I should’ve read here first before pulling the trigger
But anyway, when I got it, I’ll let you know if it’s mod-able or not

EDIT: After searching for some reviews about it, I found a site where someone mentioned that the stick is more or less similar to this: 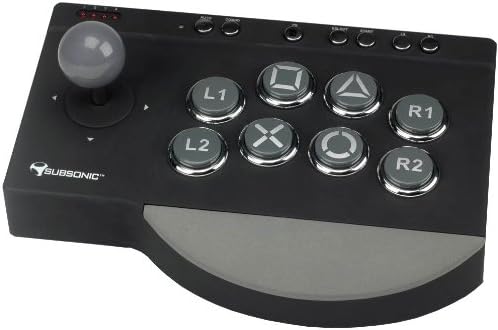 Well, as I mentioned, I would do a little review on this stick

Presentation wise, the stick is appealing; small but a little shiny in a black box

As for usability wise though, I think the stick is lacking in these areas:

When I opened the stick to see the wiring and PCB, to my horror, they actually soldered the buttons onto the PCB, making modding quite hard to do.

The joystick on the other hand, is very similar to the Mayflash/Elecom one (white square box type).
I checked the receptors (or what do you call that again?), they’re Chinese made and not very appealing.

So to conclude this review, I’d say don’t get this stick, it’s not worth your money
Get Mayflash/Elecom one if you want a cheap stick for modding or get hori for about $60-70 for usability

They cannot be modded easily.

Do not buy this stick. It’s horrible for both modding and playing.

Just want to comment on the Blaze stick once again after I mod it
I took the sanwa buttons’ inside components and replaced the original blaze’s components with em
Soldering took 15 mins to do, so it’s not bad
Also, in modding the joystick, I use the original casing and the original stick but replaced the directional pickups with LS-32’s without any trouble…so now the stick works great!
Let’s see how long till it breaks

great news to hear that it can be easily modified. Im going to order one now.

great news to hear that it can be easily modified. Im going to order one now.

Soldering took 15 mins to do, so it’s not bad

i guess i should have clarified that im handy with soldering.

I think i’ll get one for use on 2df only

of course my concern is that the stick is loose or the buttons stick, I guess $20 isn’t a big price to pay to find out

Looks like these could be ordered from ebay for like 25.99 shipped. Does anyone have any pics of the inside of this thing?

look like the price on bestsku dropped since i bought it in june. Price is 19.99

Does this think work on PC?

but since it uses USB I don’t see why not

he probably doesn’t know anything

Sorry about the pretty deep dig, but I want to make the most out of this stick…

After some rough playing with this, I broke the green button, the gate doesn’t look very square anymore, and the stick doesn’t rest on the center anymore, rather it’s VERY loose that I can push it to the deadzone area where it’s just resting on the microswitches. How do I suppose to fix the stick? Would it be worth buying four joystick microswitches, a JLF square gate and spring, and some low-clearance PS-15’s?