Burnout and the Tipping Point

I was burned out, man. Turns out getting a MadCatz for christmas would open the door to a lot of pain. You see, I used to play Bison when I only had a pad because it was easy. So easy, in fact, that I took him to 9000BP and 2500BP without really using FAs or FADCs. I was happy that way.

But then it all changed when my girlfriend got me a MadCatz for christmas. Cause now I had no excuse not to use the one character I’d always wanted to use: fucking Dan.

And so it has been, 5 months of pure Dan. And once you go Dan you’ll never go back, which means I have been getting my ass whooped for five months, mercilessly. Until today. Today something happened. Today I reached a tipping point.

I was burned out and frustrated because making this character work took a lot of energy: Dan has so few resources that it feels like hunting in the desert. One decent poke. A decent dragon punch. One Ultra for when people try to fireball you from midrange. And of course, the Dan kicks.

With Dan my BPs went up to 5000 and immediately plummeted to around 2000. My PPs were seldom over 1500, most of the time it hovered in the thousand. Winning with Dan was hard and I was thinking about quitting the game because playing with any other character did not interest me in the least.

Then today happened. I had an epiphany. A moment of clarity. A revelation that came to me. One word. An imperative:
**
BLOCK**.

Just fucking BLOCK already! Stop mashing DPs hoping for dropped links! Stop backdashing! Block and tech! If you do those two things correctly you could practically time out every battle! It’s fucking ok just fucking BLOCK. Don’t try to focus through all fireballs, don’t try to DP all links, just BLOCK and chill the fuck out.

So chill I did and block I did and today my final score was 40-4. My PPs shot up to 2350. It’s like a whole new level has been opened to me. A tipping point theory means you keep doing the same thing and keep at it consistently and you will reach a tipping point in which you will burst through your plateau speedily and evolve quickly afterwards. Did you guys ever go through anything of the sort in your game?

I suppose everyone has plateaus in their game. They can’t be easy to overcome… but god damn man it felt good. Feels good. I know to many ( most) 2300PP is a right there on “not a complete SF retard”. I know serious players when playing loose go as low as 3500 and when tight as high as 5500 and that anything below 3 is still horsing around.

But feels good man. I was so close to letting this god damn game go. But now I have hope for myself and the piece of shit character I play. 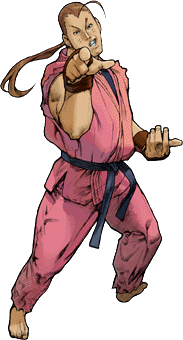 Did you guys ever go through anything of the sort in your game?

…no, I realized that blocking was a good idea twelve or thirteen years ago. I wasn’t even competing in the high stakes world of input delay influenced Pee Pee competitions at that time.

hmm, blocking in good, sometimes its also wise to MASH that DP to let your opponent know you can.

Did you guys ever go through anything of the sort in your game?

…no, I realized that blocking was a good idea twelve or thirteen years ago. I wasn’t even competing in the high stakes world of input delay influenced Pee Pee competitions at that time.

Leveling up on PSN is close to impossible because you’ll always have a laggy match here and there. It’s why I gave up on increasing my PP and now I pick random characters all the time, I play my main exclusively on endless though.

Some high level canadian players I know are barely above 3K PP, the connection is utter shit on PSN.

It is quite troublesome, which was a main cause of frustration when playing Dan. His normals are so slow that you literally have to plan ahead to use them, especially jump-ins, since the hitstun of his crossup MK is miliseconds and his jumpin HK takes 3 years to come out. Also focusing through fireballs is tough since his forward dash is extremely long.

i wish more players would have this moment of clarity…

An article I wrote on Burn Out when it hit me hard.The main thing is to take a break and let everything set in for a bit.

That’s a great article and I can totally relate. Especially because Dan is a broken character, and not in a good way. Still, I got some pretty fucking good advice from Ixion on some Dan basics which, coupled with just blocking FFS, really made me feel like the character is usable in almost any situation and now all losses are skill-based alone.

This is more empowering and helps the frustration

Blocking your way out of pressure is usually the preferable option in most cases anyway; unless they have buttons with absurd blockstun or forward traveling normals to negate pushback from the block.

Burnout is a wall I think most everyone who plays fighting games experiences at one point or another, especially if you’re playing against a lot of faceless online randoms. The only really cure for it is to just take a step back in my opinion.

Sometimes the only way to get a fresh attitude is just leaving the game alone.

You can always just use other characters, that keeps the game a lot of fun for me. Nothing special but hitting basic BnBs in matches help it keep feeling fun and new.

There’s also leveling up, but thats a lot less reliable.