I am not talking about clipping, but instead, I noticed some issues with the model textures of the characters.

They are pretty minor and in almost all cases, you only see it during their victory pose or in character select. I am talking about the seams on characters hands for example. I guess it’s because of two different textures overlapping and it shows the transition (?) of the textures. Basically almost every game has it, it’s just that some developers can hide them better than others I guess.

Here is an example, Look at Bison’s hand. Between his thumb and index finger, there is a thin seam:

Another example, See the thin lines on her fingers? Kinda looks like the transition between textures:

There are a lot more. You can also see it in Rashid’s win pose. Depends on position and lighting of the stage.

And Laura has a seam right between her… 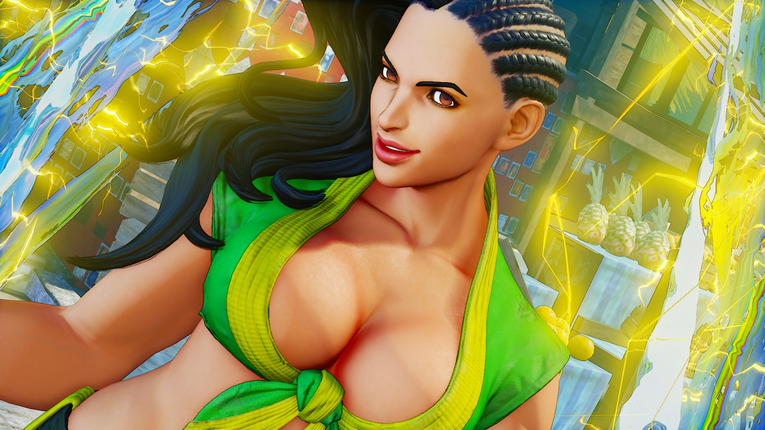 Good lord. How about we talk about character’s earlobes next.

I think Alpha 3 had it right with little details that made the game a lot better than it would be. Some of them off the top of my head are: -Chip finishes. The opponent would be pushed away a few inches from you with the impact of the last hit and you would get the “Cheap!!” remark. -Different background effects based on the level of the Super you used to finish the round. I think Capcom needs to add a special effect to when you finish someone off when you’re in V-Trigger mode. Who’s to say V-…