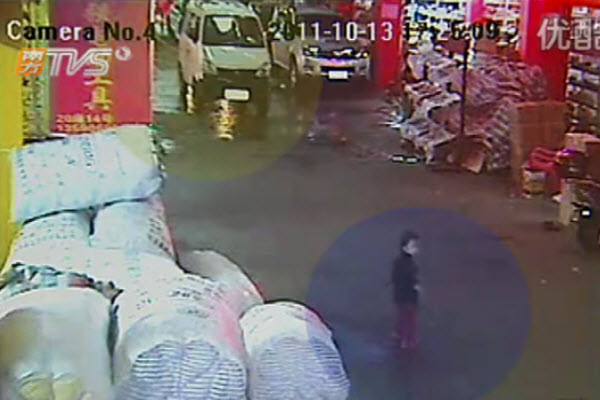 Video of a 2-year-old Chinese girl who is hit & ran over by both a van & a truck in Foshan, Guangdong & subsequently ignored by 18 Chinese bystanders passing by.

what the fuck is wrong with some people in asia… shit like this should be worthy of jail sentence.

Smh… I always said it wasn’t true when people made jokes about people eating cats and dogs in China… Guess I was wrong. -_-

meh its just an animal…We do this to like lobsters, chicken, pigs, cows etc…People gots to eat & i would rather eat a dog then those shit burgers…

If you had no food, you would eat a dog too.

Granted you don’t have to roast one in the public but hey, maybe the woman was gonna share the meal with her neighbours.

yeah it’s weird for us but we do the EXACT same thing to lobsters( i don’t think we roast any of those other animals alive).

We eat chicken embryos for breakfast and bash in cow skulls to get a burger. How are we any better?

I don’t know about you guys, but when I cook my food shit is already dead.

In the Philippines, the lock up children in adult prisons with pedophiles and other grown offenders. http://www.youtube.com/watch?v=oded9fEbvaA

Philippines will always be < than the rest of the world,

Is there a video of this? All i see is alive puppy then all sudden there is a pic of an old lady using tong roasting a puppy…I know asian know kung fu but that old bitch must have somekind of a kung fu grip on those tongs if that puppy was alive…Look at the rice bag, looks pretty bloody…My guess is they put that puppy inside & either stomped to death w/ their kung fu kick or did some chinese pinata…

In the Philippines, the lock up children in adult prisons with pedophiles and other grown offenders. http://www.youtube.com/watch?v=oded9fEbvaA

Philippines will always be < than the rest of the world,

the poverty kids here deserve to be in jail. the majority of them, at the least… They have a habit of snatching earings that are still clipped on an old lady’s ear. That reporter doesn’t know jack, and i bet if he had earings on or any valuables, they would have stabbed him or taken that shit off his ear.

You don’t go to jail here in the philippines that easily, those kids must have done something really fucked up and where just too slow for the cops to chase, or too poor to pay the cops to forget about the crime.

rcaido: i heard there is, i’m trying to find it myslef.

I think this goes beyond simply killing the animal for sustenance.

A video that has gone viral in the Chinese internet shows a shy, introverted schoolboy bravely revealing his crush to the object of his desire in an on-camera confession.  In this short video Chinese netizens find the schoolboy's way of talking to be...

She kills for food, we in the west kill for anything but food.

I think this goes beyond simply killing the animal for sustenance.

I’m living in Korea. You can go to any district in Seoul, and find a boshintang restaurant (dog meat soup). Someone call PETA immediately, or ask The Who to write a protest song about this.

This is nothing new. Quit acting like this is a crime against humanity.

I think some of the users here would baaaawwww after watching it.

I’d rather eat puppy meat than one of those Japanese poo burgers.

I liked the article about a white guy getting beat on a Guangzhou subway line for acting like a prick, then I read the police detained the people stopping the drunk asshole and let him stay on the subway. 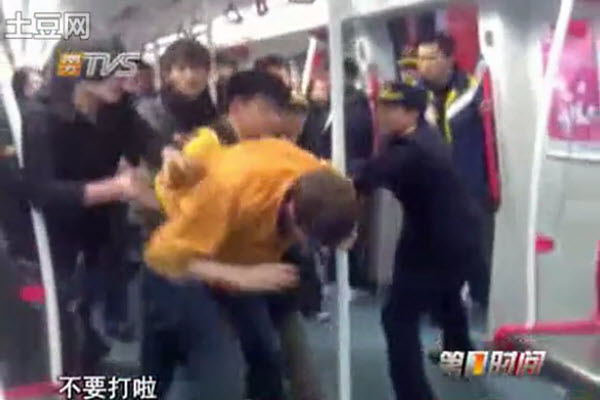 From Tudou: Laowai [foreigner] loudly swears and gives middle finger on Guangzhou Metro, leading to passengers surrounding and beating him Recently, a foreigner riding on the Guangzhou Metro was stopped by security inspection personnel for having a...

yeah it’s weird for us but we do the EXACT same thing to lobsters( i don’t think we roast any of those other animals alive).

Difference being that it is widely acknowledge that when you boil a live lobsters and crab they do not feel pain in the process. Obviously being roasted alive the puppy would have been in tremendous pain.