Well, since my other thread got locked, I’ll post it again here. And if the mods were actually doing their job, they’d realise that just because I post some concerns about a game does not make it trolling. These are valid, critical points of discussion, and I was hoping we could hold a sensible debate on them. I didn’t expect members to be so simple-minded as to ridicule me for posting even the slightest negativity on their favourite upcoming game. I remember last year I wrote about similar shortcomings for Street Fighter IV (my only thread that year), and it also got locked. So let me make this very clear to everyone:

I’m as stoked as everyone else about MVC3, but there are a few things about it that have been bothering me. The first is the lack of balance. As you’ve probably noticed, characters lie on the ground for much longer than MVC2, allowing the likes of Hulk to connect a Gamma Tsunami even if he’s on the other side of the screen, and I’ve seen him combo a Gamma Crush on Felicia even though it didn’t hit her on the way up. Plus, it looks like Hyper Combos are still possible even after a Aerial Rave knockdown, which makes it seem reasonable that players can also launch opponents into a second aerial rave. This creates an unfair imbalance and long combos will become overly easy to execute. Moreover, the hit detection on some Hyper Combos is way too big. It’s impossible to jump over a Hyper Charging Star now, and Ryu can aim his Shinkuu Hadouken like a Super Optic Blast, making avoiding one impossible. Capcom’s attempt to beef up the moves for this sequel has killed the gameplay balance.

Secondly, I’m worried about the voice acting. Characters now call their partners names when they tag out, which seems cute, but I’m not sure Capcom was planning ahead on this one. Right now we have ten characters available and all their voice acting was recorded for them. But as soon as Capcom adds new characters, they’ll have to call back those voice actors to the studio just so that they can record them calling the new characters names. And if you want to plan even further ahead, assuming Capcom make another sequel with more characters, they’ll have to track down the 30+ voice actors for the exisiting characters, or 60+ if you want to include the japanese seiyuu. It’s more than likely that some of them won’t be available for another session. Capcom obviously didn’t anticipate what a shortcoming name-calling could be.

All your complaints are unfounded and dumb.

Hmm, great thought process here. “Hmm, my first thread got locked, but it couldn’t possibly be my fault. No, it’s everyone else’s fault, and these crappy biased mods. I’m going to do it again because they must’ve learned their lesson after five minutes and if they lock it again, this forum is trash.”

Yeah, this is going to go well.

The reason your thread got locked is because your complaints are uneducated and superficial… I can’t believe you’re actually winging about Capcom having to hire voice actors, I don’t even know what to say to that…

You could’ve just taken this to the MVC3 General discussion thread…but no.
Stop being salty.

All your complaints are unfounded and dumb.

You see, mods? THIS is what is called trolling. Punish him, not me.

What about the story dude?! you forgot to complain about that!

Because we don’t know what the story is yet. Do I have to spell it out for you?

Wait, you’re calling people who are giving you crap bc you are “concerned” about the voice acting in a fighting game simple-minded…Wow.

You do realize that

The voice actors thing is a complete non-issue and trivial to fix.
Hulk and Ryu might actually the viable in this game is somehow making it unbalanced?
Also, best I remember no one was able to relaunch off the grounding, just super. Just seems none of the characters can travel full screen that fast.

Wait, you’re calling people who are giving you crap bc you are “concerned” about the voice acting in a fighting game simple-minded…Wow.

It’s not simple minded. If you were actually paying attention to the previous games, you’d notice that the everything I’ve said about the voice-acting drawbacks is true!

Take Spider-Man for example. He started off in Marvel Super Heroes and had one Hyper Combo, the Maximum Spider. Capcom recorded the voice actor shouting this move, but when the Crawler Assault and Ultimate Web Throw were included, Spidey only had generic cries for these moves. It’s the same with Hulk. He only says “Gamma Crush”, but was reduced to roars for the Gamma Wave and Gamma Quake added later. Ditto for Wolverine, Blackheart, Dr. Doom and others.

WTF DOES IT MATTER WHETHER YOU’RE RIGHT OR WRONG?! What the fuck are you planning to accomplish with this thread? 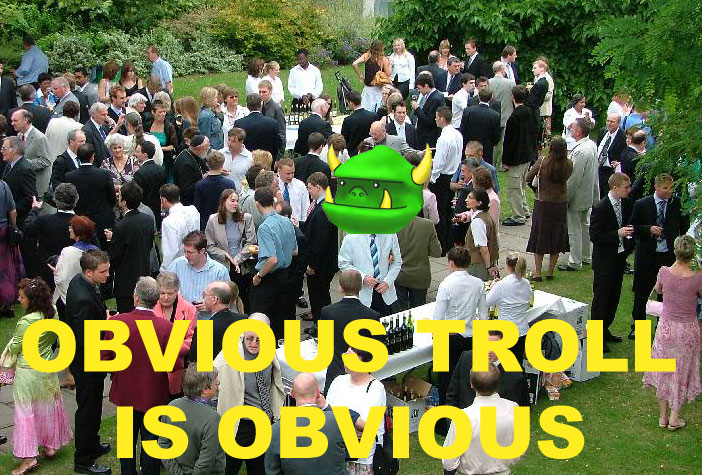 “10. Do not re-post a thread that has been closed or deleted. The mod had their reasons for closing or deleting the thread so do NOT go and make another one.”

Now, I realize this is my first post, but c’mon. If I had to read and agree to the rules then why don’t seasoned members do the same?

Really man, Really? This is like saying “ZOMG THE GAME IS HORRIBLE BC RYU’S FIREBALL ISNT THE SAME SHADE OF BLUE IT WAS IN SUPER TURBO”

Yes, I totally agree that defines you. I’m still waiting to hear a valid rebuttal to my criticism.

Now, I realize this is my first post, but c’mon. If I had to read and agree to the rules then why don’t seasoned members do the same?

You registered just to scold me for re-posting a thread that was justified in the first place? And I’m the troll here? Get lost, squirt.

I never said I made my account to scold you, I said it was my first post.

Sadly, the first post I see is this. I came to this site because of my love for games, not to throw hissy fits about my threads being deleted.

This is my favorite type of troll. Continue.