Controlling Space With Ryu - Applications with his Moveset

This is the beginning of a project I have thought of doing for some while now. To essentially record the function and usage of every single poke that is important to Ryu. (I am currently unsure as to the the applications of smp, smk, & cl shk as they are rarely ever used).

Standing Light Punch - A great poke that whiffs on crouchers but can beat out divekicks. Can be linked from crouching light punch to link into sweep. Also a tool to use to fake fireballs and to mixup your fireball game.

Standing Light Kick - Same applications as standing light punch (except for the link to sweep). This however, can also actually change the hitbox of Ryu, making it an excellent footsies tool. For example, if you were playing a ryu ryu mirror match: you would lk, opponent would try to cmk you, cmk would whiff, and you could immediately followup with sweep. This allows you to fake cmk and even sweep as it is a liable, quick animation.

Standing Heavy Punch - An insanely good move that can anti air divekicks and a variety of other moves. It is actually a strong poke to control space if you space it where it only hits the tip of the opponent’s hitbox. It can be very strong but should not be used often as it is not safe on block and can be used to mixup your pokes. It actually feels like a tiger knee that hits on the edge of your opponent, making it hard to punish while slightly pushing them away.

Standing Heavy Kick – An insanely good antiair move against people who jump far away. It isn’t a good poke because of the startup and recovery frames however.

Crouching Light Punch – Probably one of ryu’s best pokes. A tight poke that leaves you advantageous on block. Used to make true block strings and can be mixed in with cmp and a variety of normals to frame trap your opponents. Also a move you can choose to whiff when playing footsies and can hit confirm extremely well.

Crouching Light Kick – My second favourite poke with Ryu (first obviously being cmk). It beats on standing tech, can make true block strings, and pushes back less than clp, causing you to pressure better. Also a move to whiff when playing footsies. Can frame trap at times with cmk and cmp (however it is risky and over 2 frames).

Crouching Medium Punch – One of Ryu’s best normals and his primary use to combo into significant damage and pressure others into getting frame trapped. Can link with a variety of different moves: clp, chp, etc. Another great poke for a close mid range fight and definitely a strong poke with a great hitbox to beat out certain moves such as sim’s hp.

I will finish this soon…Just need to take a break for now.

edit: and yea…s.mk, I dunno either lol.

edit: and yea…s.mk, I dunno either lol.

Another great use of cl.HK is against rose on her wakeup,beats her backdash and can beat EX soul spiral.

Nice. I’ll have to try that. I don’t get the rose matchup at all.

It is a strange fight,Air’s blog has a whole write up on the rose matchup. 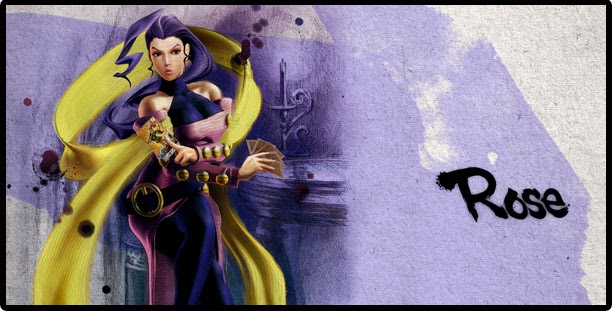 Rose This is one of my bad matchup..and I am sure it is to a lot of Ryu players out there because that’s why you guys voted it on the pol...

I did a brief moveset exploration the other day. Maybe you can get some ideas.

Good video, though you are missing solar plexus. Didn’t know you could link sweep into cl. HK on Fei Long. Going to have to try that out sometime.

Good video, though you are missing solar plexus. Didn’t know you could link sweep into cl. HK on Fei Long. Going to have to try that out sometime.

Far fierce is one of my favourite normals because of how satisfying it is to hit. I use it as an antiair and sometimes at the end of a blockstring as a frametrap and to keep jumpy opponents on the ground. Though the damage from a single normal is not huge, It feels like it just took off half of your life if it hits and usually makes the opponent think twice about trying to jump all over the place, especially in the corner. Plus the stun is huge.