I’d like to get some information together about all the freeware fighters out there. Ideally, along with names I’d like to list years of release, homepages, and if they’re actually worthwhile.

I know about the bigger doujin fighters(Super Cosplay Wars, Vanguard Princess, etc.), but I’d also like to get some listing of Western games, some of which used to be commercially available (such as One Must Fall 2097 and Xenophase).

Hadn’t thought about that. Are there any solid ones out there with joystick support?

Es’s Laf is pretty decent, there is a thread of the game here.

Hadn’t thought about that. Are there any solid ones out there with joystick support?

Solid? yes. Joystick support? No, but if you use JoytoKey it gets rid of that problem.

Caporeia Fighter 3 is good. Marvel Tribute is not so bad either(though the developer should fix the dumb stuff like blockable grab frames and blocking high attacks with low guard. Good thing there’s a stun bar). There’s also a KOF game being developed in flash that’s pretty decent. SFO is garbage, but it’s there.

As for downloadbles, there’s Fighter’s Kyotai, which is made by the same people who did SCWU.

GU Fighter, which is a smash bros. meets Street Fighter game with a bunch of sprite re-edits. mechanics are wonky but it’s still playable.

Little Fighter 2 is good. It’s more along the lines of a beat-em-ups, but you can still fight one another in it.

You can try Super Fighter if you can get DOSBOX working.

Big Bang Beat is also a good one.

There’s Rumble Fighter (If that counts.), KwonHo (If that’s still even around.) and…hrm…MUGEN?

Here’s what I’ve come up with so far. I’m hesitant to list online only fighters right now. If you think of any more, please provide some links. Preferably to the game’s official page.

this is going to be freeware too

Them's Fightin' Herds is an upcoming indie fighting game developed by Mane6 and published by Humble Bundle, featuring all-female cartoon ungulates fighting each other to find a champion worthy of gaining a magical key that will protect their world from predators. It is scheduled for a February 22, 2018 release. The title is the spiritual successor to a game initially developed under the title of Fighting Is Magic, as an unofficial fan project starring the characters of the television series My Li...

I played the shit out of that game, still remember Guan Yu and Jan Fei’s moves too. Damn!

this is going to be freeware too

I wouldn’t put MUGEN itself, but it wouldn’t hurt to look for some finished MUGEN games. Here’s the ones I can think of.

There’s probably some more out there, but those are the only ones I can think of.

EDIT: I found a game called Cross Fighter that looks pretty neat. It’s apparently in beta, but all the download links I found are 404’d. Here’s the closest I’ve gotten if somebody else wants to dig for it.

2nd Edit: I just remembered Type Wild, the Pokemon fighter. I could never get it to work, but it wouldn’t hurt to add it to the list.

This thread needs some “King of the streets” http://sandbox.yoyogames.com/games/160407 it’s only a 100meg download, guy used 3d models very interesting.

And the same guy who made Capoeria Fighter 3 made another game called Death Vegas, it’s pretty cool, unique art style. OP should make a list and keep it updated.

A korean game called Gomanna, seems unique. I havent seen that type of dark backgrounds and colours even in commercial fighters.
too bad it requires registration to play 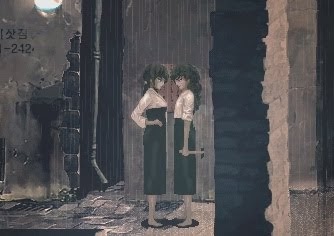 Young girls cutting each other with sharp, pointy objects. Online. (But no...

When I show up on the blog every once in a while, that usually means ancient trivia, bits and pieces from Korea's or Germany's gaming hist...

I also found this, though it is for Android.has anyone tried it?

Doujin isn’t Freeware most of the times.
Though those who don’t want to go through the trouble of importing (plus the issue of most Doujins save for some like Touhou or 07th Expansion’s work not getting any reprints) may say it could be considered as such for us overseas who will never recieve the games unless someone like Rockin’ Android decides to release them. I’d say it’s still terrible reasoning, but whatever.

If you’re into mechs and things like gundam you’ll love this.
Over 12 mechs
great and gameplay mechanics and fast paced gameplay
SO much customization
Even has online capabilities
Beautiful stages
Replay mode

DOwnside is the developer has stopped updating the game, I wish someone would pick this up and pick up where he left off

Also some gameplay
Here is a match between me(Blackslash) vs another highly regarded player in the community. We are both using the same mechs so it may be hard to follow, also cuz i switch the camera around when recording with fraps. Btw I reccomed watching in 720p, the quality is really bad in 360p

There is also a US community forum with all the info u need on the game if you’re interested. Though things are pretty dead there since the lack of updates (A year without an update)

looks nice but sadly it will not run.
Once it gives me user id error and then a message appears about failing to initialise 3D.

it has problem with 64-bit Windows 7. there are patches but download links are dead
forum seems to be dead too…
I’ll try it on Windows XP once I get back to my desktop PC in a couple of weeks.

Brings back memories of the old Virtual-On cabs.

And yeah, I need to update.