For you who love games that play relatively similar to SF,CVS2 etc. but don’t feel at home with SF4 or SFXT, here’s a list of alternatives that may be fun for you:


Can be bought on the JP PSN.
Click here for a guide to getting JP games easily
A very footsie/poke oriented western fantasy themed game with many unique and cool mechanics.

You pick up to 3 characters (KOF style team battles) and an item, which provides you an effect when used and access to a unique super. Or you can pick less characters but more items. The forward dash clashes with non-low moves which turns it into a parry of sort. IIRC you can spend meter to call your team mates as assists. Lots of cool shit.


It’s out now on PC, and soon on PS3.
This game is extremely similar to SF2, but with assists, EX moves, and fatal counters.
I made a tutorial long ago:

Out on JP PS3 but coming very soon to America with a very cheap price tag.


This game plays like a cross between CVS2 and Capcom Fighting Jam. Each character has its own system of rules to play within, but the assists can provide additional groove like features. Like for example one of the singer assist activates a genei jin for your character, and the other activates a seiei enbu. The emotion system heavily rewards offensive play, functioning as both a guard break system and gives bonuses for the attacker.

Some great fighters that might have flown under the radar?
Are current fighting games too combo-oriented?
The death of fighting games… A personal journey that hopefully can help MvC:I?
Eternal September 1, 2013, 2:32pm #2

Japanese Capcom clones? Is that the purpose of this thread, or is it just any non-Capcom game?

Is this 1992, where we would be calling all the fps doom clone and the fighting games capcom clones now?

@Eternal, GGXX#R is not oldschool, is an air dash fg, the idea of this thread is for games that are ground centric when it comes to their spacing game, games like BattleFantasia, Aquapazza, Koihime Musou and Chaos Breaker

@tataki, since you are adding Chaos Breaker who has an equally horrid netcode and is japan only, why don’t you add Battle Fantasia, that at least has an USA release on both consoles?

Is this 1992, where we would be calling all the fps doom clone and the fighting games capcom clones now?

Was this directed at me? I couldn’t tell because you’re apparently too cool to use the quote feature.

they run through emulators, but are worth a try.

at that time they were better than Mortal Kombat, though they were limited to one system only (Amiga).

But like I said I’m focusing on relatively new games because that’s kinda the main point of the list- To show the other MODERN sides of the genre rather than to send people to play ports of games from the 90s.

It’s an absolute favorite of mine on the Japanese Wii VC (Not sure if it saw a JPN PSN release or not but I’m nearly positive there are emulators floating around)[/s] Missed the modern requirement, my bad gents.

But like I said I’m focusing on relatively new games because that’s kinda the main point of the list- To show the other MODERN sides of the genre rather than to send people to play ports of games from the 90s. 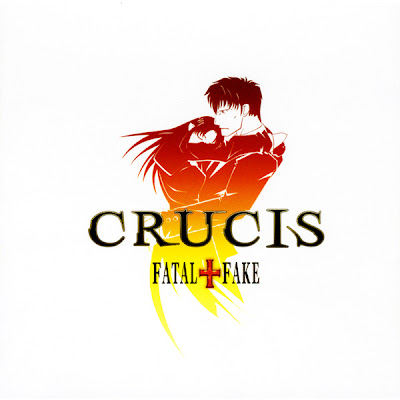 CRUCIS FATAL+FAKE is the continuation project of FATAL/FAKE (2005) whose characters are taken from Fate/Stay Night & Fate/Hollow Atraxia. Unlike the previous game, the battle system put emphasis on tag team (almost similar to Marvel vs Capcom). The player chooses a master and a servant, each has an energy bar and can switch position during battle. The story is completely absent, since the player fight their enemies in whichever respective path they take. The developer has released various patches to balance the gameplay, add new characters (19 totals), music, stages (with few options for day or night) and online modes. CRUCIS FATAL+FAKE was released on October 24, 2008. 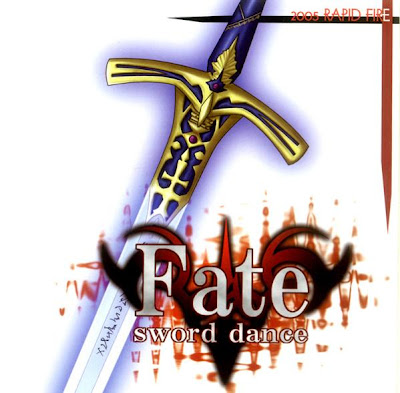 Fate/sword dance is a Japanese fanmade game based on Type-Moon’s popular Japanese visual novel Fate/stay night. The story is about seven sorcerers fighting for the Holy Grail. The game has five different game modes (Story Mode, Arcade, Versus CPU, Versus Human and Training) and six playable characters (plus Gilgamesh and Tiger as hidden characters). Similar to King of Fighters series there are two fighting styles: Rush (focuses on chaining and less damage) and Strong (less chaining but higher damage and higher vitality). Fate/sword dance is the 3rd doujin games from RAPID FIRE (Chouanikimura, Guardian Heroines, Mr. Karateka) which was released at Comiket Special 04, on March 21, 2005. 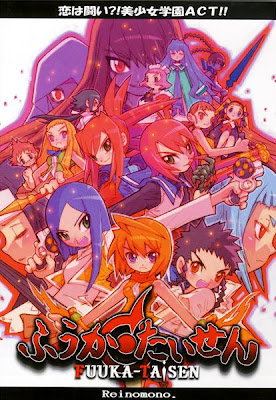 Fuuka σ Taisen (prononunced as Fuuka Sigma Taisen, but often abbreviated as Fuuka Taisen) is a cross-over fighting game from Sunrise’s Mai-HiME and Mai-Otome anime series. The gameplay is simple and similar to Guilty Gear or Marvel vs. Capcom where characters have extra air time to perform air combos. Each characters have a unique entities known as “Child” which can be used to assist throughout the fight. By completing the game using certain characters will allow player to unlock new hidden characters. But The most interesting part that each character has rival and neat storyline. Fuuka σ Taisen was released at Comiket 74, on August 16, 2008. 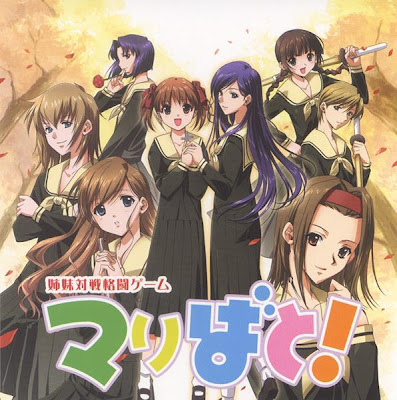 Maribato! is a 2D shoujo fighting game based on Maria-sama ga Miteru anime series. The game was inspired by Capcom’s style (Street Fighter Zero series), and focusing on tag system. Player will take up to 2 characters and they can switch during fight which is shown by “souer bar”. Tags are instantaneous, making them very useful in escaping enemy combos or for setting up some attack chains of your own. The game comes with only two attack buttons, weak and strong attack. Rather than just copying another game’s movelists, DK Software put some efforts by giving some original movesets. This version is the 1st edition which was released on Comiket 67 2004. 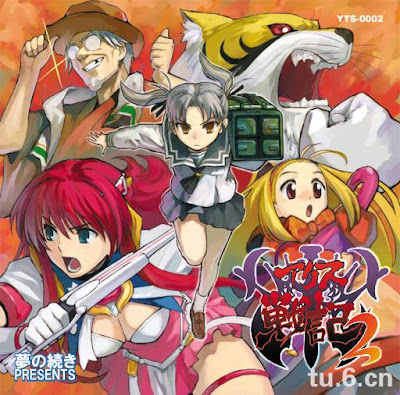 Alice Senki 2 is the sequel of popular fighting game based on characters from Alice Soft works. Players will get more improvised version than its predecessor. More characters (18 totals), stages, game modes and improved AI levels. Thanks to refined combo system which makes player will be easier to perform succesive attacks and create more damages. Each time finishing the game player will unlock CG art as reward. Alice Senki 2 is one of the most anticipated fighting games which was released on Comiket 75 2008. 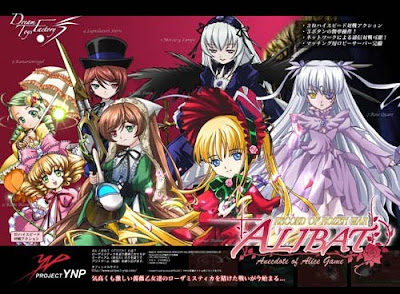 Play as Shinku, Suigintou, Kanaria, Suiseiseki and many others in this fast 3D fighting game. Based on popular anime with the same title, Alibat is an overhead arena fighting similar to Capcom’s Power Stone. Remember, sometimes you need to set your region standard to Japanese as well, otherwise you’ll get a “data file is broken” error message.

I don’t think it takes much to run at all.

The fuck are you talking about?
That game runs on a toaster

I have been out of touch with the game, does still have 2 dedicated buttons for parries without any form of whiff or visual cue that you are pushing them that allows some really silly option selects?

Been meaning to play Aquapazza too, heard good things about it.

PC? Emulators?
Then it’s basically everyone ever made.
Hit up GGPO, Supercade, or MAMEHub for convenience.

It’s an absolute favorite of mine on the Japanese Wii VC (Not sure if it saw a JPN PSN release or not but I’m nearly positive there are emulators floating around)[/s] Missed the modern requirement, my bad gents.

If there’s ever a prime candidate for a crossover game with Capcom, it’s this one.

Yeah dude we all noticed

Also Akatsuki Blitzkampf definitely needs to get put on this list