DragonBlast is a newish freeware japanese fighting game. Its graphics are in 3D but its played like a 2D game. 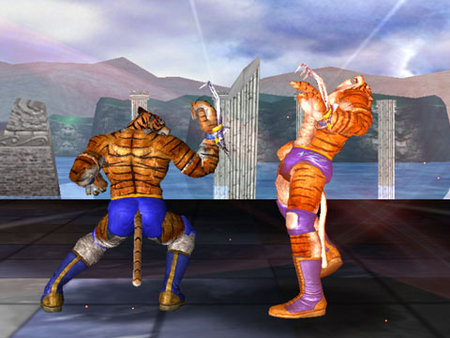 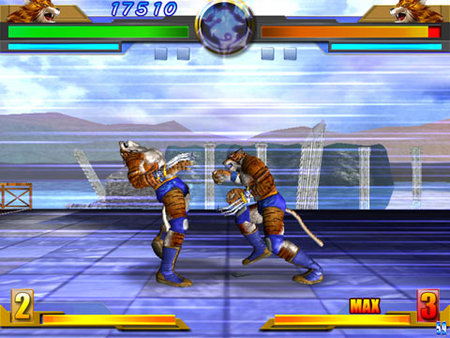 I hope this is a good game.

I’ll give this a shot.

Edit: It appears to have online play as well and I can only use Keyboard atm :(. Also I dont get what each groove or whatever those bards are after picking your character do. So far the controls are pretty decent even on keyboard.

i cant wait to us e the scaley in this game

holy shit this art is not good

If this is the game then I am not interested.

im dowloading it, i will try it to see how good or bad it is

In order to use its online play functionality, do the following:

Anyone know what the grooves do? Bird guy is a shoto with funny run mixups? it’s got juggles and chains… and some grooves that I don’t know what they do, translation would be cool. Also have to choose your super? or something… transformation mode with qcfx2 plus blow out.

Downloading now. It looks kinda fugly, but free is free.

3 super type is like speed from last blade… you put in certain commands like abc,abc,ab,qcf+c and a chain combo is performed at least for bird guy he still has his grab super as well as the dial a combo super, ex’s still seem possible… this is weird!

Okay so for bird guy

I’m checking on the grooves now.

all this is done with the birdman btw

1st groove(gainer) has ex’s I don’t know about meter requirements yet but yeah, has dash, has super cancels, also specials cancel into ex’s, though the both require the special to hit and be on the ground so like dp into super doesn’t work with the bird. Can’t get Ex’s to cancel into supers.
2nd groove(rogue) has no ex’s but has an airdash. IAD is 9,6, has run, and has air chains. When you press blow away or whatever it’s called it does an attack. You can cancel into this attack and this attack is immediately cancelable. Probably costs meter or something. Sorta like saving attack in sf4, can cancel specials.
3rd groove (sorcerer) has super cancels and run. the blow away button gets some new moves, hcf is tracking fireball, qcf is a fireball thing, and it can be done in the air, backwards dp is probably a counter and dp is a crazy firepillar that probably hits multiple times. These seem to be super cancelable. you can’t do chains in this mode, but some links are available, also bird guy can do cr.medium into f+heavy.
4th. Well the last one is called norvice so I assume it’s the novice one. It binds some specials to the blow away button. I think that probably about it! oh it has dash

Now I just got to figure out what else you get during power up.

I tried the game but downloading it and starting it up, half the cast is missing and everybody’s called “Gainer”. Am I missing something?

Gainer is the name of the “groove” you are using, not the character. As for the cast…I still haven’t figured that out.

Why always lolis or furries? :looney:

this game has alot of random meter systems. But it’s really generic overall to me… I don’t know maybe if I play someone.

Why always lolis or furries? :looney:

There really aren’t enough furry fighting games for anyone to compare them to loli fighters yet.

Compared to Monster it looks cheap and fugly. But yeah…freeware. I’ll take a look.

Why people always complaining? Loli and Furry themed fighters combined don’t even scratch how many “normal” fighters are out there. Hell I doubt combined they even match how many SF iterations have come out not to mention the shit SNK and ArcSys releases.

Played a bit. Here is what I know about the grooves.

Also, every groove has the same super cancels.
Another thing, this game has a 3rd Strike style parry system.
And, it has a KoF style guard attack system (D while blocking).

With Rogue you can pull off some pretty long combo strings with the D cancel stuff but it tends to be a waste since the damage scaling goes into effect rather fast. It still feels rather simple even with all the different options each groove gives. I also believe the last groove has auto block as well which is pretty much an easy mode. Tiger guy reminds me of King from Tekken.