First off, thank you for taking the time to read through this.
Just yesterday i bought Super street fighter IV AE for the PS3.
A few months ago i purchased the Hori Fighting stick 3 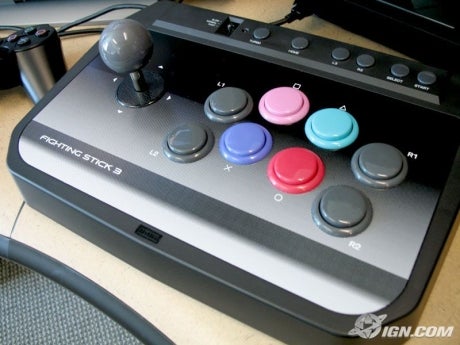 And i gotta be honest by saying that it’s absolutely horrid. Maybe this is just my personal preference but it feels incredibly unnatural playing with it. Often, i catch myself not executing simple hadouken’s and the buttons are odd too. (not to mention the lack of space your hands have) I played all day yesterday and i haven’t even won one Online match. (I might just be incredibly sucky at it)

Anyway, i was thinking about purchasing a Madcatz Street Fighter Tournament stick for the PS3. You know, those 149 Dollar ones, BUT they don’t seem to sell them in Holland. So i was wondering if there are people out there, that know sites that ship to Holland. I tried the Madcatz website, but it didn’t seem to want to ship to Holland.

I was hoping to get some help.