Hi guys, I just bought a cheap aracde stick to tide me over 'til my PS360 comes in and it seems to move slower when moving up, down, left and right but quickly on diagonal movements - I’ve tried it on multiple shmups and it’s the same effect.
This is my first arcade stick and I was wondering if this is a common problem? Or is there a way to fix it? It’s wireless if that changes anything. 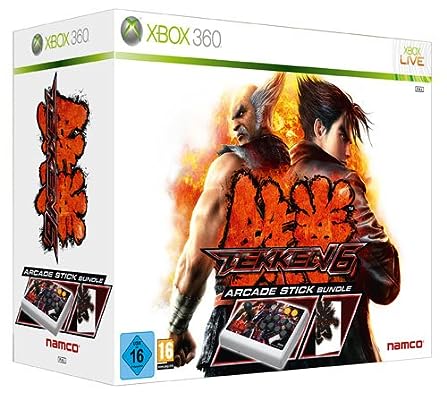 Anyone got any suggestions?
Sorry for the self-bump just need to know tonight so I can return it tomorrow if it’s fucked

I haven’t particularly experienced that in the Touhou shoot 'em ups I have on my computer with my T.E. That being said, if it’s consistent, I’d suggest checking it against a normal controller to see if it’s not a characteristic of the game itself. Sure, that may sound crazy but hey, Deadly Towers does it.

It’s definately not part of the games as I usually use a pad on them - just picked one up from work. It’s definitely not a TE lol wayyyy worse than that
It might be a bad stick but no stick should do that right?

I wouldn’t think so: Joysticks are usually digital inputs, so the game should just register that the directions are pressed.

My only theory is that it might be possible that the stick somehow technically registers as an analog input, with the voltage being cut in half when you press two directions and hence registering as a smaller movement away from the neutral position. If the only games that behave this way do accept analog movement, I wouldn’t worry about it too much. With the exception of the Seimitsu LS-64, you probably shouldn’t be using an arcade joystick to be playing that sort of game either way, because you won’t have full access to the game’s directional controls.

Yeah I know seimitsu are better for shmups, just wanted a cheap one to tide me over lol
So is there, like a pad, the ability to press slightly and move slower then press deeper to increase speed 'cos if it is it might be the gate that’s holding me back

I don’t think the T6 can emulate analog like the Madcatz sticks. Pretty sure it’s digital so it’s either full speed or nothing.

I’d link you to the T6 mod thread but I haven’t been here in a while and these forums are a pain to navigate now. Everything is so big and out of place. Is there anyway to use the old vbulletin theme?

Yeah I know seimitsu are better for shmups, just wanted a cheap one to tide me over lol

Uhm, I think you missed my point entirely. What brand a stick is or what genre of games it’s preferred for has nothing to do with it. The shoot 'em up fan’s typically preferred stick, the Seimitsu LS-32 still wouldn’t be suitable for the purpose of controlling a game with analog inputs because it’s a digital controller.

What I’m talking about is type of electronics:

With analog controls the precise attenuation of the input makes a difference in the electrical frequency, allowing you finite level of control pendent on how hard you push, where you position your controls, ect. ect. This is what allows you the various degrees of control needed to tiptoe past the Pirahna Plants or run circles 'round the eyeballs super fast in Super Mario 64 using the N64 joystick alone.

With digital controls you wouldn’t be able to do this. There’d be a button that either registers as either “on” or “off” so you’d only be able to move around at a pre-determined momentum, unless another button is pressed, more like Super Mario World. Electroncially speaking, most arcade joysticks operate like this.

I’m basically basically saying can’t properly play Mario 64 with an SNES game pad, even with a converter, no matter how good the latter might be for platformers. The mechanics of the game don’t match up with the physics of the controller and it breaks the game.

Try experimenting with your controller’s thumb-sticks in different positions if you haven’t already.