I wanted to start this thread to get nether realms’ creative juices flowing in the right direction for the upcoming costume dlc packs from our feedback. Me myself personally, all i want to see is an Arkham City Nightwing, and a more original/legit looking Ares costume. I didn’t really like the way they went about creating Ares’ first two. Here’s a couple of things that i thought they could have illustrated a little better in his model.

First of all, the gaps in his helmet shouldn’t have been as wide, so his eyes/face would be barely exposed. I also didn’t like how they went overboard with the size of his helmet/head (and all the damn horns), which pretty much from the images below are the same thing (like the knights in Dark Souls). One most notorious feature of him i like is the area in between the helmet where you only see red eyes from darkness. Now if the next costume for him is illustrated more around the images at the bottom, fleshed out in the same colors/textures as his regime alt., with like a worn/torn look to his cape (image 6of10 in the concept art gallery), then i’ll be satisfied. I don’t know about anybody else, but sometimes i play a character just because of their look/costume. And if these costumes really pan out, i just might play some other characters other than the ones i use now (Nightwing, Ares, and Bane). 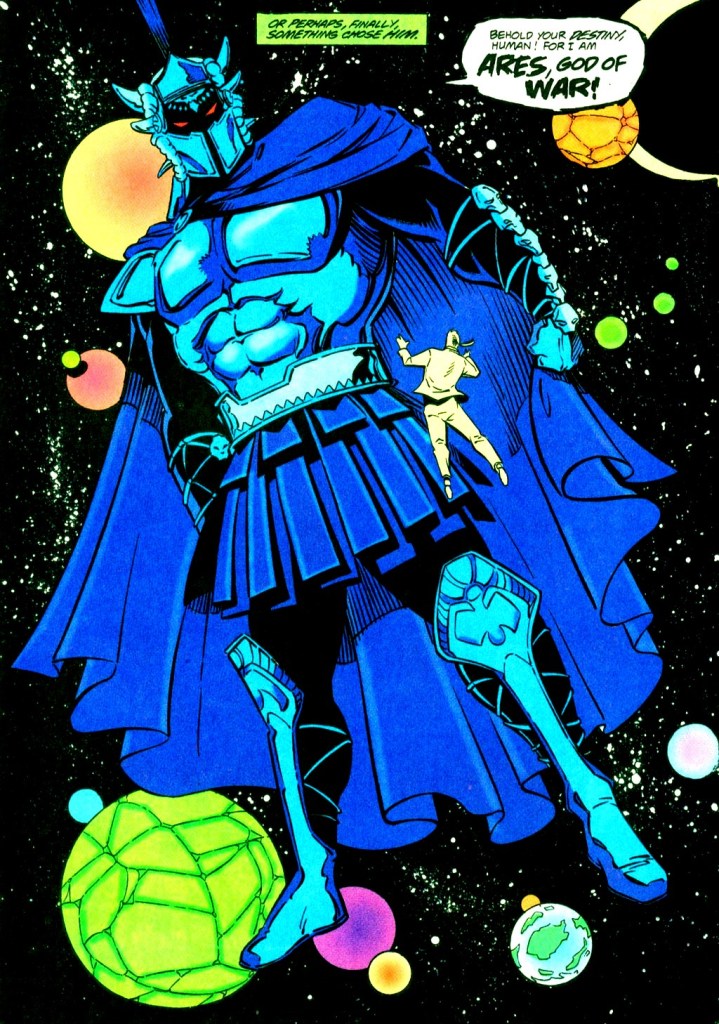 I’ve never been much of a Hal Jordan fan, and more than anything else what I’d really love to see would be a John Stewart costume swap for Green Lantern, complete with Phil Lamar’s voice. You could even make a full costume pack out of it and include Guy Gardner and Kyle Rayner. Call it “Emerald Knights” or something.

Other than that, the only thing things I can think of are probably a ‘Man of Steel’ Costume pack for Supes for the new movie costume, and maybe a nice “Retro” pack for the Big 3 so people could play as 70’s Batman and/or Classic Supes and Wonderwoman.
Other than that…once they put up all the preorder bonuses on the marketplace (as they inevitably will) I’m pretty sure all my costume desires are taken care of.

I would like to have the movie-universe costumes. Like Batman Begins, The Dark Knight, Green Lantern and Man of Steel ones. Maybe even from older movies like Batman Returns and Superman. I started a petition: https://www.change.org/petitions/netherrealm-studios-movie-universe-costumes-for-injustice-god-among-us

Maybe we can give NetherRealm Studio a little bit of incentive to include them in future DLCs by showing them there’s a lot of demand.

Great f’ing idea i just was thinking of that.

An Arkham Asylum Costumne for Harley: 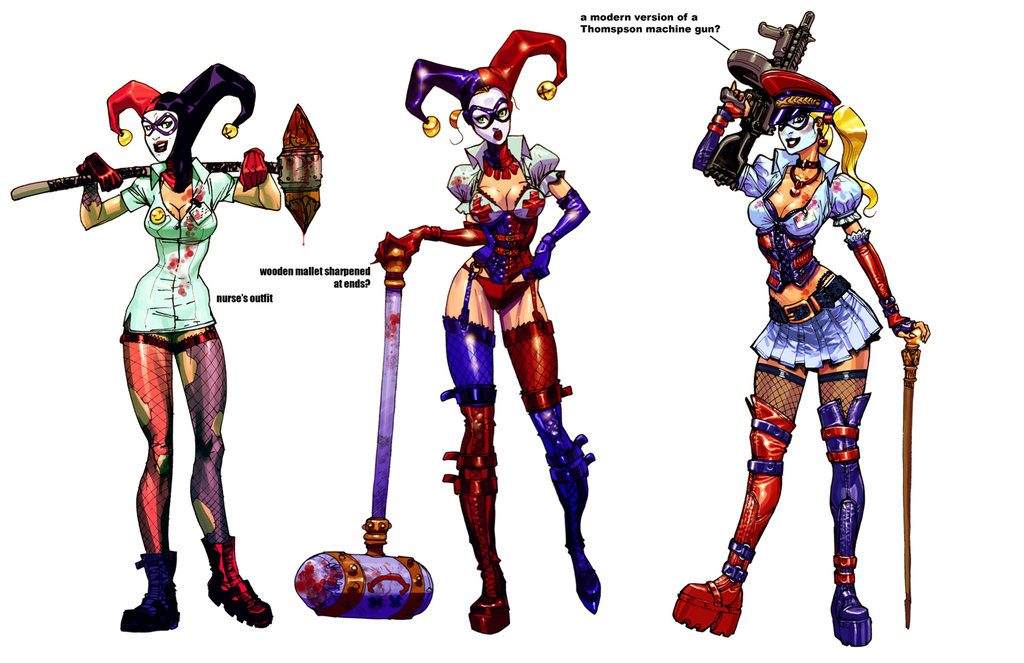 An Arkham Asylum Costumne for Harley

Considering she already has Arkham city and another skin (probably) on the way, I would doubht that.
I personaly want Batwoman has a Batgirl skin or I’ll even settle if it was for batman.

Hawkgirl unmasked/her JLU costume.
Really I want a lot of the cartoon costumes in this bitch.

Ares unmasked either from JLU or the WW movie.
WW in a long gown like when she was going on a date in that one JLU episode.
Like someone said, gimme a John Stewart alt for GL.
A different Lex Luthor suit.
Owlman costume from the JL movie for batman
WWs alternate universe costume from the same JL movie.
Hell, just bring all those costumes from that movie.

This has been THE INVINCIBLE SWORDSMAN saying:

And when (if?) the Red Hood shows up, give him that batman costume he had during that “battle for the cowl” comic run.

I would like to have the movie-universe costumes. Like Batman Begins, The Dark Knight, Green Lantern and Man of Steel ones. Maybe even from older movies like Batman Returns and Superman. I started a petition: https://www.change.org/petitions/netherrealm-studios-movie-universe-costumes-for-injustice-god-among-us

Maybe we can give NetherRealm Studio a little bit of incentive to include them in future DLCs by showing them there’s a lot of demand.

I like this idea a lot…but I feel like we probably shouldn’t hold our breath…at least not for anything but MOS. When it comes to movies there’s usually a lot of legal hurdles and red tape to get through to the point that it becomes more trouble than its worth to go through.

Oh hell yes, this! Give us the green eyed goddess Netherrealm!!!

Not too picky (aside from Blackest Night) I want some kinda other outfit for Shayera, please!

Cassandra Cain Batgirl.
White Lantern Sinestro.
Parallax Green Lantern.
Animated Universe Aquaman (HOOK HAND!!)
Why is Batman the only character with a Blackest Night outfit, when Batman was one of the only heroes who never became a zombie during that event? 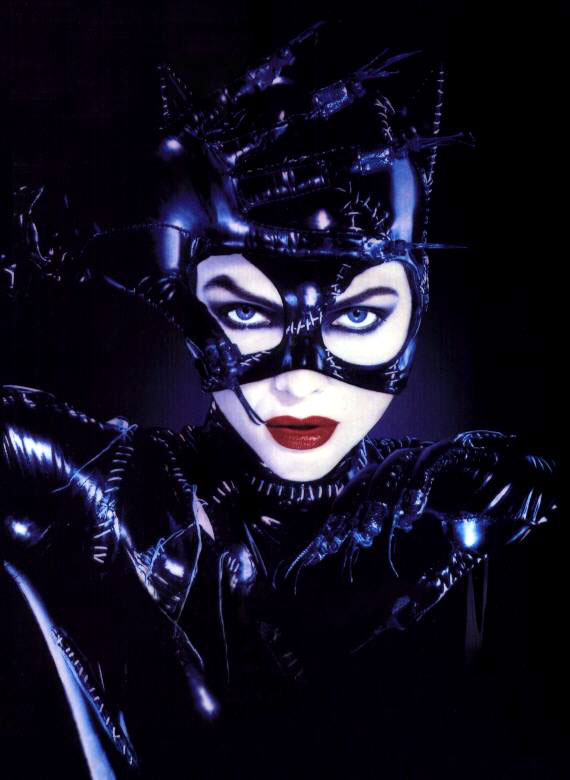 I really just want a Black Adam costume that doesn’t suck… and maybe a Green and / or Yellow Lantern suit for Batman. 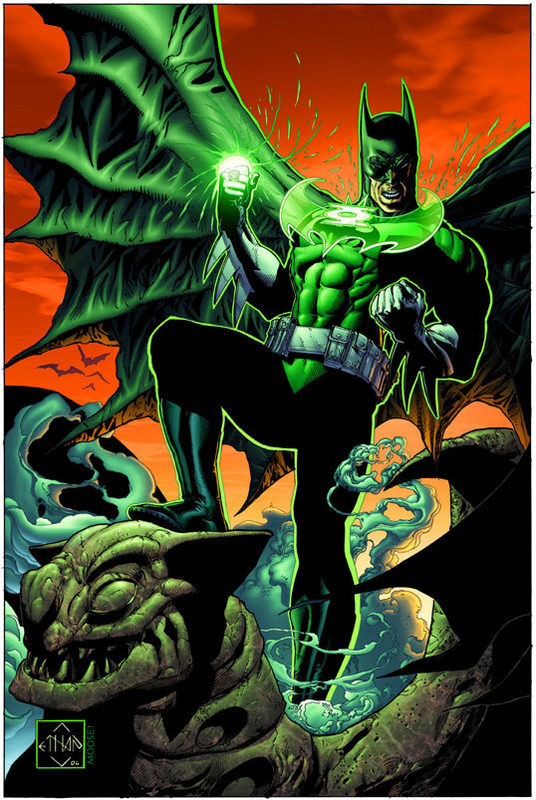