First seen in Street Fighter Alpha 2, Zeku was Guy’s former teacher, who taught him to master Bushinryu, a style of ninjutsu. Eventually, Guy was able to obtain the title of 39th Master of Bushinryu. Zeku then disappeared and was never seen again…until now! Zeku has reappeared looking to start his own ninja group and find a new fighting style.

His younger version sure looks familiar!

For players who want to learn the art of Zeku, it will require intense training to hone his multiple skill sets due to his ability to transform. His older self has slower moves and a special flip in the air, which can be followed up with different options to keep the opponent guessing. His younger self is quicker and has a short run, which can also open up opponents.

V-Skill: Fukuro (Older Self),
V-Skill: Tenpo Kari (Younger Self)
Zeku performs a special technique that transforms him to his younger self, completely changing his move set. He can then use Tenpo Kari to transform back. Depending on the directional input you press after the V-Skill connects, Zeku will teleport either in front or behind the opponent.

V-Trigger: Bushinryu Shinge Kiko
Allows Zeku to perform a single special dash that can be followed up with a custom combo that deals additional hits. Both forms have the same V-Trigger.

Another really good newcomer to the SF series

Zeku is prob. the first non projectile character I am gonna main in a capcom or NRS fighting game
disco ninja looks dope with that style
good job capcom

Vesper is a big fan

Is it confirmed that Zeku turns young, or is a smoke and mirrors routine? He could of found some hobo off the street that’s a spitting image of his younger self, and trained him in the traditional bushin like Guy. Then during fights does some Naruto log swap bullshit only except with his trained hobo.

Maybe he does this to invoke some sort of false mysticism into his new fighting style; this could be for recruiting purposes to make some cash and gain prestige. Like some guy promising that if reach black belt, you’ll too have the power to tap into your youth for $9.99 a month! 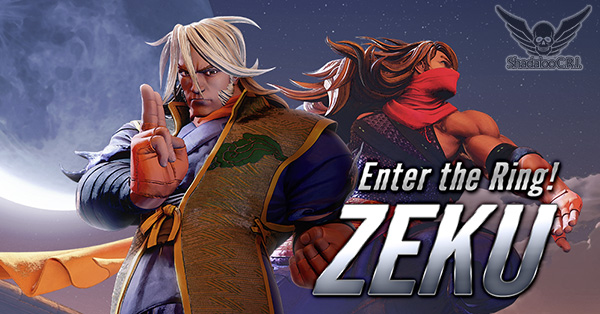 Link to his discord.

I just visited the page. Thanks @mykka . Zeku has a total of 20 attribute points. 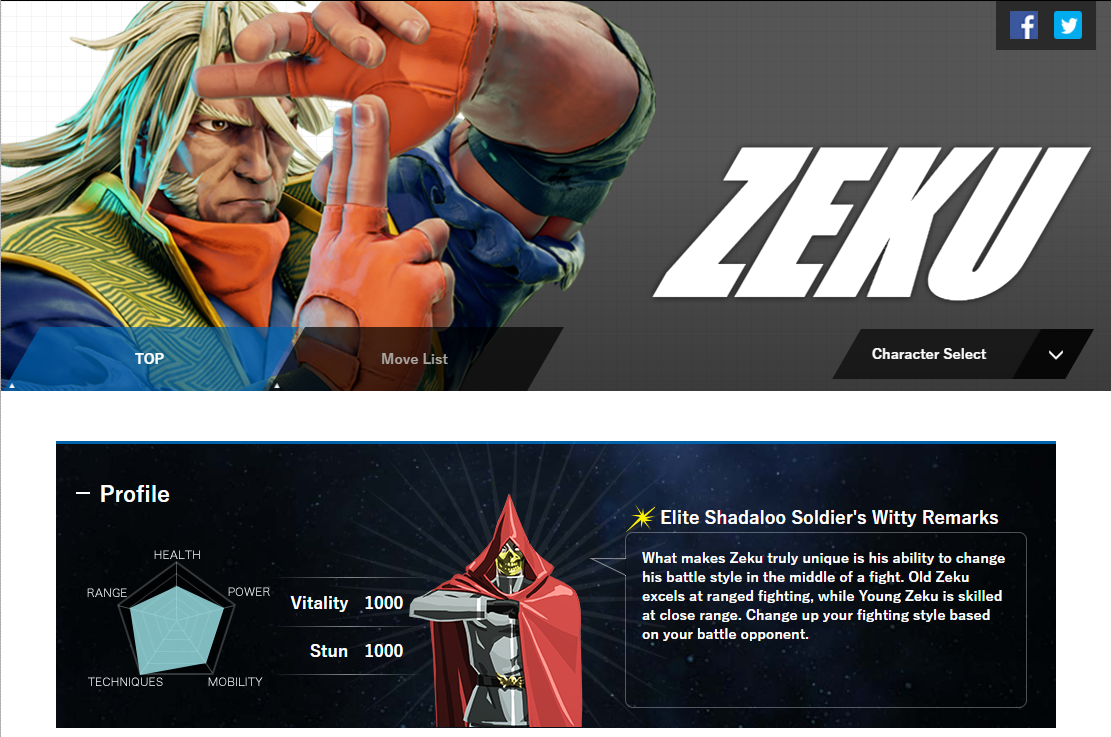 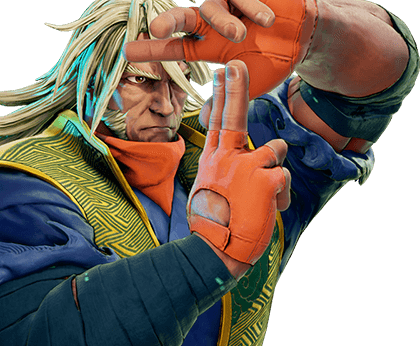 He has a gazillion moves, especially young Zeku

He has a gazillion moves, especially young Zeku

This gu… eh ninja has the potential to be bonkers. Imagine using his old self for the neutral-ranged combat, then transforming at the first knockdown in order to start and keep the pressure on wake up. Best of both worlds.

(please god don’t give him a unfavorable matchup against Guile!!)

Legit question: what is he going to scream when getting KO’d?

Legit question: what is he going to scream when getting KO’d?

Thought he’d just be a Guy clone with some of Maki’s moves, but it’s a pretty new moveset. Good work Capcom.

Its like they used all their unique and special moves on Zeku… poor Menat!

Did Maki crack Zeku from behind while he was fighting Guy? Zeku seems to have Akuma levels of skill. I know Guy is strong, Bison seemed to respect his power in the SFA series, but Zeku seems to be on another level.

Notice the kick special moves for his Aged form have gram as a suffix, which are moves that the Strider Hiryu utilizes. Almost concretely confirms that Zeku is the originator of the Strider clan as many have posited.

Did Maki crack Zeku from behind while he was fighting Guy? Zeku seems to have Akuma levels of skill. I know Guy is strong, Bison seemed to respect his power in SFA series, but Zeku seems to be on another level.

He could have gotten better with age refining his technique, may have been weaker until the loss to Guy

Another really good newcomer to the SF series

Without question the best addition to SFV. His theme song is outta sight, Ninja Jazz-Funk with Shakuhachi flute segments!

I’ll have one week to mess with Black Panther. After that it’s Bushinryu training non-stop.

It doesn’t shed much light on his gameplay but the Zeku blog post on Unity does have more images of his alternate costumes.