Firstly, hello all, I have visited this site often but this is my first post.

I recently bought a great arcade stick for the SNES called the XE-1 SFC by Micomsoft… the only problem is my SNES doesn’t want to accept it, all buttons do nothing. I changed the cable but that didn’t change a thing. The controller has an LCD screen which powers up when plugged in and shows that all the buttons work but the signal doesn’t seem to be getting to the console (or the console is not accepting it?) I heard that early SNES consoles have troubles with certain import controllers… is that true? It’s a Japanese stick and i’m using it on my PAL SNES. I have both UK and US official pads which both work fine.

Could I potentially use the PCB off a regular SNES controller and wire the buttons to the contacts?

Any help would be great, thanks! 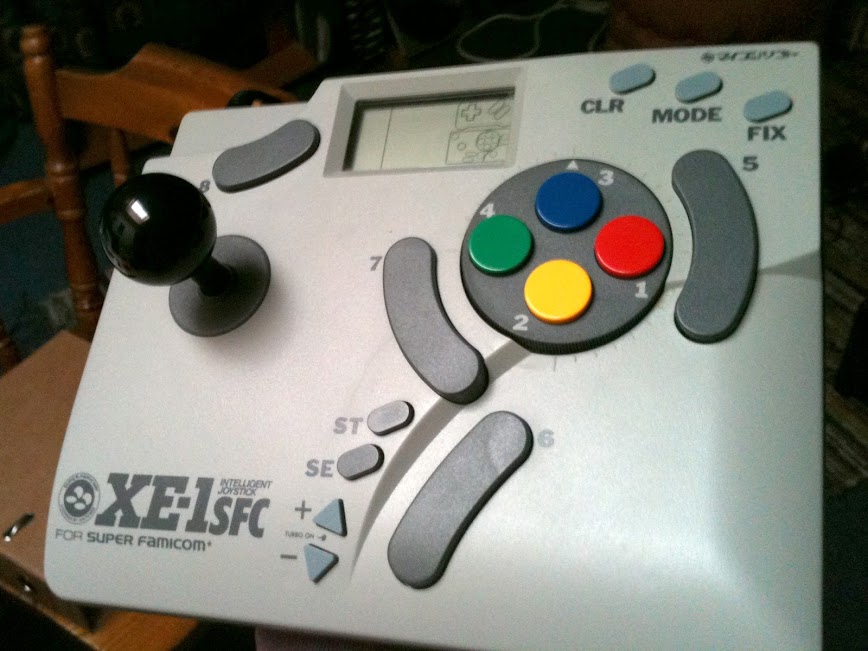 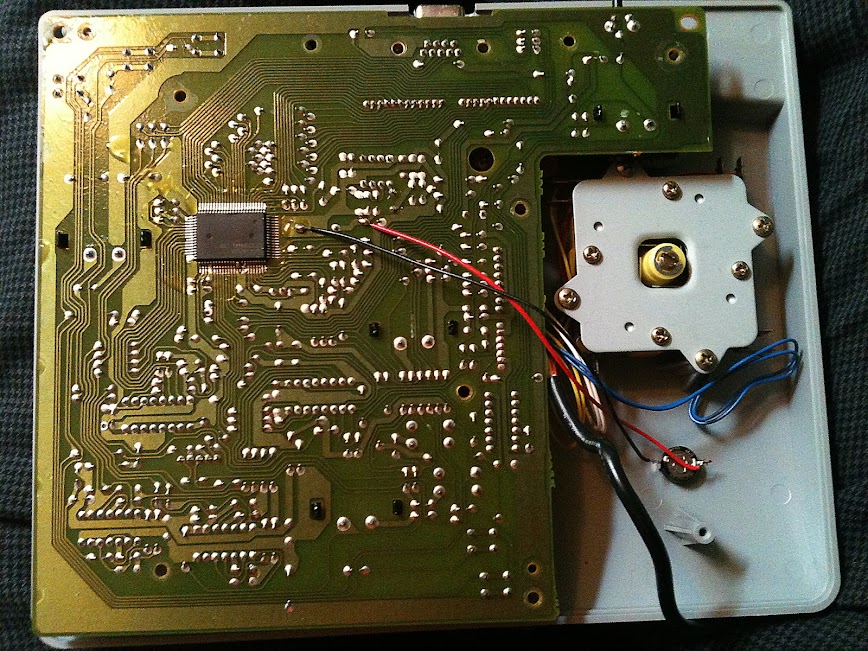 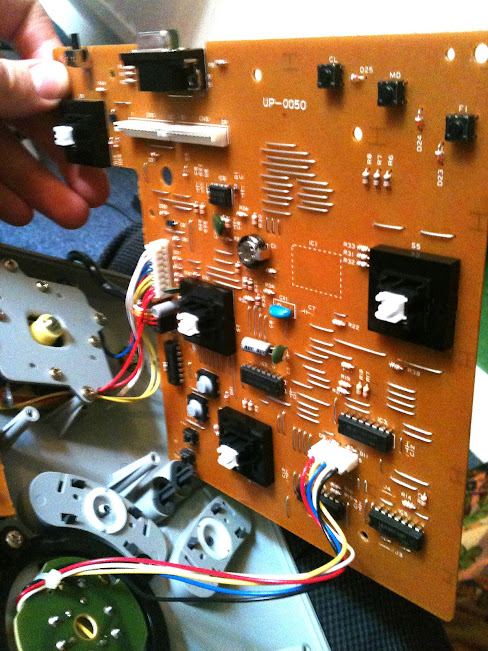 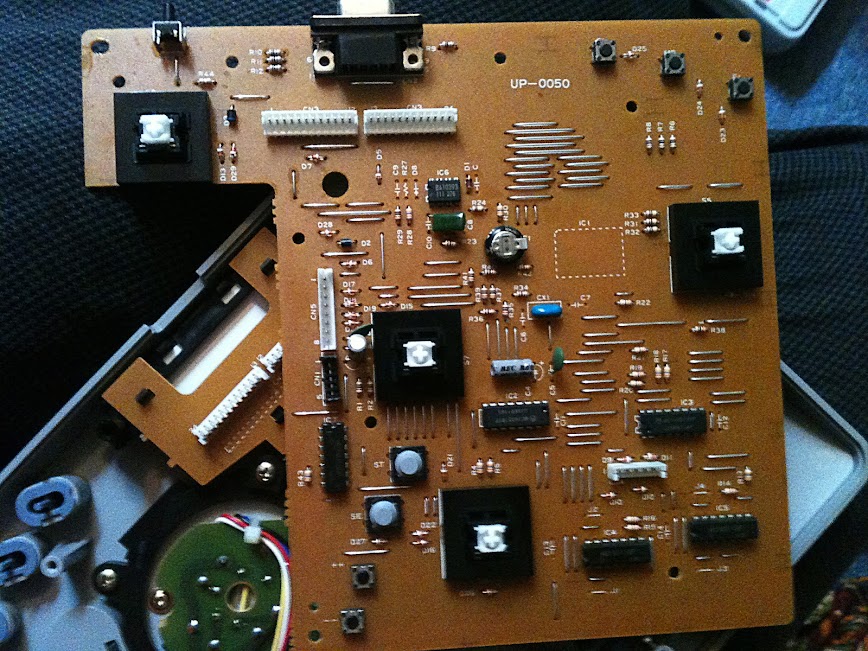 There’s always the possibility that the motherboard has become faulty.

As for region problems when it comes to SNES, I have no idea.

I just realised I couldn’t really use a simple SNES controller PCB as only the BAYX buttons are wired on this stick, the rest are switches… at least I don’t think I could do anything with them… hmmm

As far as I am aware, there’s no SNES controller region locking. I suppose it’s possible (though I’m dubious) that the PAL SNES runs at 50 instead of 60 FPS and it’s causing problems for the stick.

"Could I potentially use the PCB off a regular SNES controller and wire the buttons to the contacts?"
Yes, although you lose the special stick features. We’re also not big fans of hacking up old stuff here…

Aha! That must be it. I’m going to give that article a good read and probably mod my PAL SNES within the next week. I will post an update when it is done and fingers crossed the stick works. I’ve opened it over 5 times now poking around so hopefully I haven’t damaged anything.

If it does work I plan to do a review of it for my blog (lovewithoutanger) because the stick feels sensational, honestly, it’s such a strange stick but it feels amazing, the buttons are fantastic and it has many odd features like a rotating button dial.

Thanks for the link Exand, great find.

I actually had that bookmarked from a while back because I was going to pick-up a Super Famicon controller for my NA SNES but wasn’t sure about compatibility. I hate the rainbow color buttons on the 360 controllers but I find it looks nice on the SF controllers haha.

Going round a friends today to do this mod, hopefully I wont wreck the console, fingers crossed ey!

I am thankful for you guys though. I use my Action Replay to play US games on my Super Famicom all of the time.

Going round a friends today to do this mod, hopefully I wont wreck the console, fingers crossed ey!

Charm is not the word I used to describe the US SNES Game Pad, Really Purple and Lavander for button colors?

There was a reason I modded a SNES pad with buttons from 2 older NES pads a few years past.

I am thankful for you guys though. I use my Action Replay to play US games on my Super Famicom all of the time.

I agree its too much Purple to work, and I am not referring to how the color purple was used with the Game Cube, If you want to make something Purple make it look Royal not something that belongs in Home and Garden.
While I just did the mod to remove the 2 plastic tabs so my US SNES console accepts Japanese carts. Kyle’s method is elegant while mine is utilitarian.

I do see that Kyle as the same love for the 4 colored buttons that I do.

Yes we Americans eventually got the 4 color button pads, but that was late in the SNES products life cycle and they where 3rd party game pads (Interact got the contract to make “Official” replacement pads)

Maybe I should make a Dedicated SNES stick?

To be honest, I never liked the Nintendo pads for the NES and SNES. To me, these were horribly non-ergonomic designs. They were obviously made for tiny hands and the buttons were never that great. (Sega, by contrast made great controller pads that were very comfortable for most people. That company should never have left the controller business and should have continued manufacturing their designs on their own. They’ve let their IP’s on at least the Saturn digital pad lapse and we’ve seen the market flooded with inferior, bootleg pads as a result.)

While the Nintendo pads worked well for MOST games, they did a number on your thumbs/fingers and the SNES pad (in particular) was horrible for most fighting games. (Oddly enough, the SNES pad was near-perfect for the Mortal Kombat console ports. The stiff D-pad actually worked in your favor for timing on the difficult-to-execute fatality moves. Then again, I’ve never found any Mortal Kombat game I’ve played to have the solid control response that even the worst game in the official Capcom-programmed SF series has.)

Third-party SNES controller pads like the Capcom Soldier were better for fighting games. I didn’t mind using the Nintendo Gamecube pad, either, for Soul Calibur II. Then again, the Gamecube was the last Nintendo console I ever cared for… I was never much of a Nintendo fanboy and ended up buying more third-party software for the systems I cared to own (SNES, GameCube; still own the GameCube) than first-party Nintendo software.

Had to order a 4.5 Game Bit as I was stupid and didn’t even bother looking into how to open the SNES… but the tool arrived yesterday and I just did the mod… it worked! 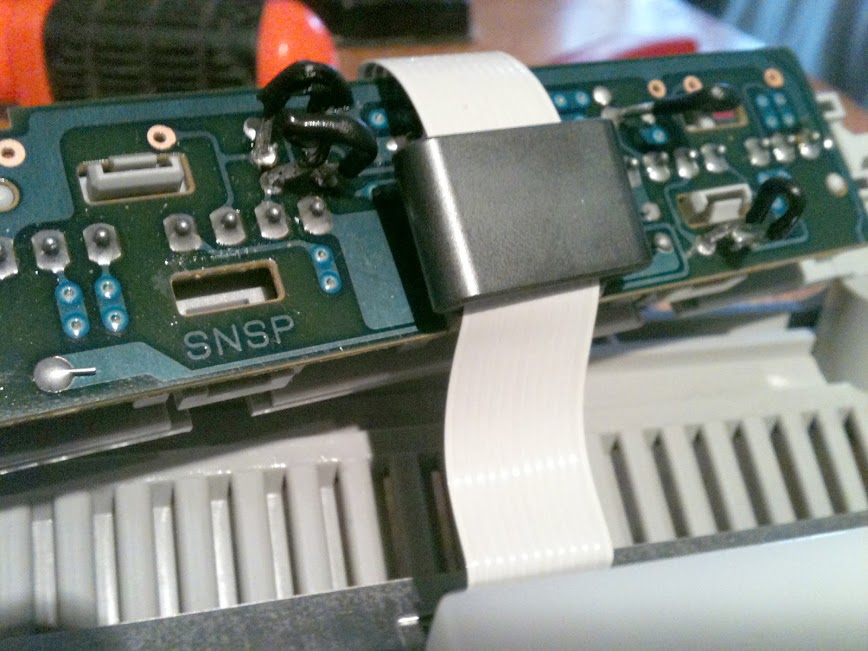 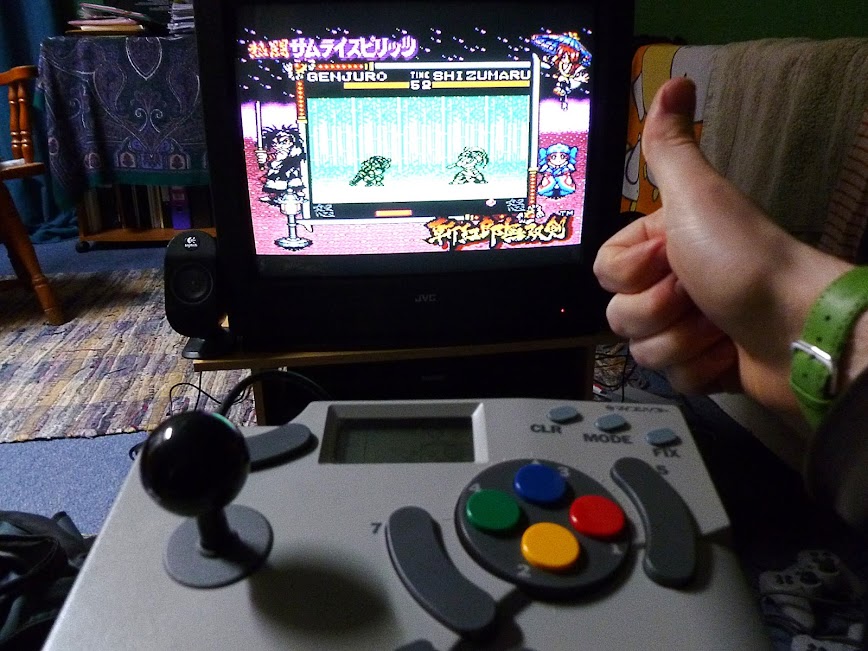 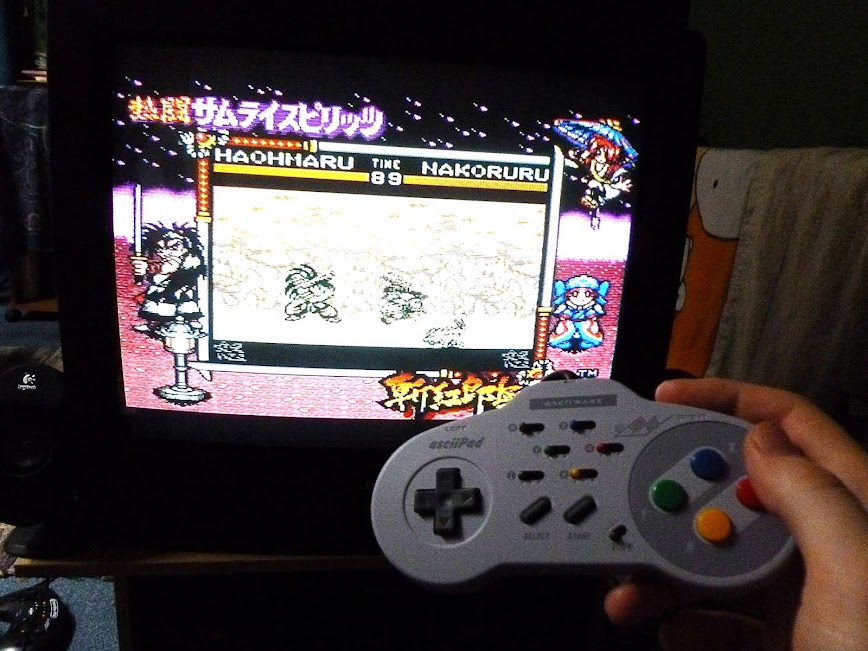 Very very happy, thanks everyone (Exand in particular for the link). I thought my AsciiPad was broken but it turns out that too wasn’t working because of the compatibility issue.

RIght, back to Samurai Spirits III…

Oh and personally, I like the purple on the US pads! What I don’t like is the console itself and the light grey/white plastic that is used throughout… much prefer the darker grey of the PAL SNES and SFC.

Totally agree with you on the consoles…

The SNES casing in the US was atrocious.

The redesign at any rate was driven by the desire of Nintendo to keep the US and Japanese markets separate. The cart slot redesign was the easiest form of “territorial lockout” back then.

Nowadays, at least Sony doesn’t bother (for the most part) with region coding on the PS3 games.
I hope they continue that practice with the PS4.
I never understood what the point of region-lock on CD games was at any rate.
Collectors want legitimate copies of games, PERIOD… These guys are NOT the people ripping off the game companies (and ultimately game players in the long run). Any form of region coding has been broken since they implemented software protocols in the 1990s.