i’ll tell you want it is it’s crappy. and i know i’m not the only one out their so lets start this all over again starting with this.

whos the best guy to go to for avatars?

How about some Korean girls? 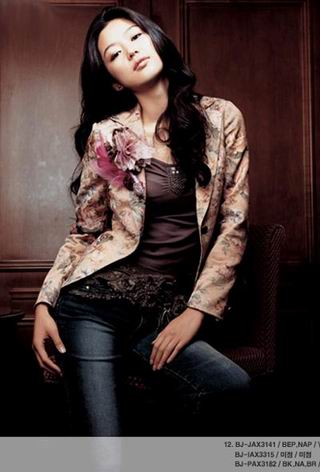 supermario knows what i’m talking about, keep them comming.
and you got great taste man miwa oshiro is the hotest japanese girl i’ve ever seen.

I was wondering around and … :pleased:

All I gotta say is I like it.
Keep up the good work gentlemen.

Those girls that were posted are cute and all… But seldom do Asian girls actually look that good. =/

you dare compare mawi oshiro to her, miwa who beat her anyday of the week. and by the way guys the thread comming along good lets keep it going.

How about some Korean girls?

First off, I’m het, so don’t get any weird ideas, yo. :arazz: I just appreciate beauty whenever I see it.

That having been said, I’d like y’all to meet Aiko Tanaka. She’s a half-Japanese, half-Korean model who’s appeared in several magazines, including Playboy, but has most often been seen on the covers of Import Car Tuner and the like. She’s also the main character in an upcoming comic book series I’m editing with writer Dexter Odani (BloodFire Studios): it’s called ‘High Speed Angel’ and is a spy-type action title geared towards the import car audience (prettyshinycarsyum). Aiko is a good friend of Dexter’s and may be at this year’s San Diego Comic-Con to promote the book.

Miwa is a sex goddess:

I think Chiasato Morishita is even hotter than Miwa!