I’ve been playing fighters since the start of this year. I’ve been mostly playing them on PC, and I got myself a Hori Fighting Stick 3 to play them with. It works well.

Recently, however, I have begun to avail myself of the PS2’s ample selection of fighters, and I find that I am without a good stick. I can handle a pad for a while, but I need a recommendation for a good stick.

The biggest problem for me at present is price. I’m a full-time student, and have very little in the way of funds right now. A stick in the $50-$60 price range would be the upper limit.

I am willing to sacrifice quality to a point. I don’t need Sanwa parts, but I’d prefer to have convex arcade-style buttons. Weight is important too–I found out the hard way that that is a crucial aspect for a stick.

So far I have found a Mayflash stick that also works on PS3 and PC, which is an extra bonus for me. I’ve also found a rather suspect stick made by a company called Honcam. I have doubts about its quality.

Does anyone have any recommendations for sticks or sites?

I forgot to mention this in the opening post, but I found a site called “totalconsole.com.” Does anyone have any experience with them? Are they trustworthy?

you could pick up a mayflash and mod it with better parts.

I’d buy it from there, but it’s out of stock. I asked about TotalConsole because they DO have it. 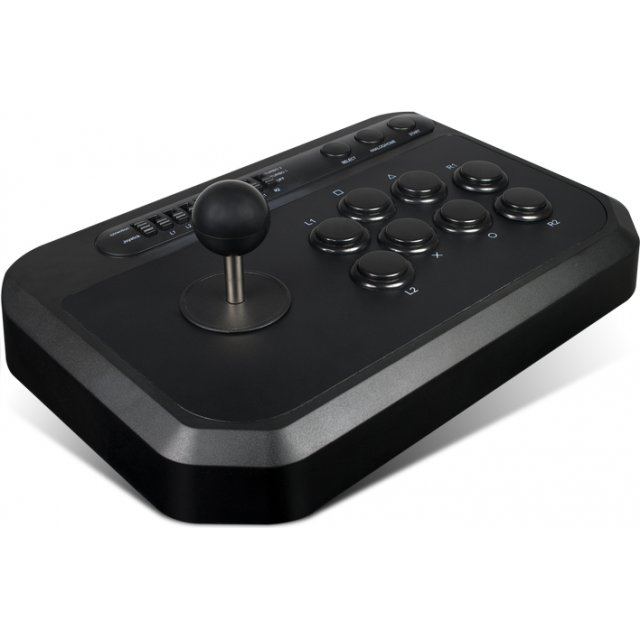 Wow. For the price and assuming it has decent future mod potential, that mayflash looks great.

I like the look of the case. Simple and solid looking.

My friend has 2 and I think he’s selling one.

Another option to consider is a modded Tekken 5 stick. A Tekken 5 stick uses the same base as the HRAP series. The major differences are a larger PCB, lack of turbo features, and a mounting bracket on the faceplate that really only accepts JLF replacement. If you’re okay with the JLF, a modded T5 is as good as an HRAP IMHO.

That or an HRAP 2 are probably your best choices for PS2. PS2-native PCBs in both also make them useful for PS3 and any other system that has an adaptor for PS2 joysticks/controllers.

That latter point is something that people dismiss too often because they’re “not current” generation controllers.

PS2 peripherals have the advantage of all the adaptors developed for and still available for them!

How are the stock parts on something like this? For a stick noob, are they usable at least?

Top Forum page, its below the Evo Championship Series subforum.