Is it possible to update SSFIV to AE:2012 without ever having AE?

does anyone know? because I alrdy have AE for ps3, and I also want it for xbox. SSFIV is only 19.99 now at Best Buy. Any ideas?

Disclaimer: My apologies if this question has been posted elsewhere. I’ve searched for an answer and also looked for a one-shot Q&A thread, but found neither. If an answer has been posted and I just missed it, please feel free to close this thread with a link to the answer. With that bit of business aside: Will the 2012 Edition patch only be available to SSFIVAE (DLC or disc) owners or will it also be available to SSFIV owners who elected not to purchase the AE DLC? Thanks in advance!

No you have to buy AE

Signed up today just to help you out bud, SSFIV: IV is 20 bucks at gamestop and amazon (if you live in the US at least). 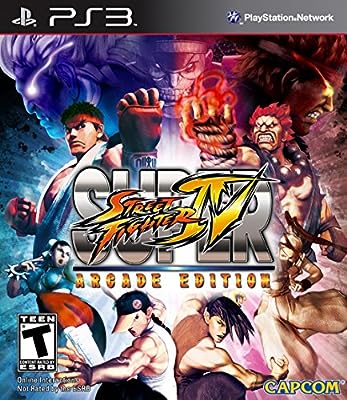 I linked the PS3 versions but it’s on sale for both systems.

Gonna just have to buy AE like everyone else. Might as well just buy the Disc Version.

When AE came out I just bought it on disc and sold vanilla on ebay.

But you could prb just continue playing vanilla if you’re satisfied. If you were a real fan you’d be jiving on the new content though. There’s no way I wouldn’t pay for more street fighter action.

Costumes are a different story but more characters, more and expanded movesets? Absolutely. Plus it’s where all the best fighters will be as well. So it’s a bit of a no brainer.

Hm.
I’m playing ae for a while now, at least a view months. But I can’t help myself. At the beginnng, it was awesome (I switched from vanilla directly to ae), there where new ultras for each character, new stages !!! new characters.
But now in retrospect, I think vanilla was the much better, more consistent ! game. I mean (and that is my subjective opinion), vanilla was sooo much more original.
I like the character cast of vanilla much more. I mean, Oni, evil Ryu? What a sht (subjective). For me they look like freaking super saiyajins, or some other freaks (Akuma should be the only burning or glowing character). I know, they playstyle is completely different. But generally speaking, they are just two more shooters, with qcf fireball and such moves (for outsiders in sf4, it just look the way, that capcom wanted to put out as many fighters as possible, insane 39!! but without thinking much about the differences between them). I like the small cast of of vanilla much more, or a new character like rufus, who is really completely new! He has a completely new playstyle, a new look, and separates nicely from the cast.
And now there are 39 characters. So there are a lot of minor matchups, I have to learn, when I want to be good at the game. But I have absolutely no fun in learning some boring matchups against characters, that nearly nobody plays and which have no history in the streetfighter universe (In comparising to the SF2 Cast). Another problem is the balance. I mean a cast of 39 characters is impossible to balance, tweak one matchup and you cause a lot of problems with the other ones (for example the blanka buffs in ae2012, thawk is even more f’cked now).
Another thing that comes into my mind. The second ultra from Ryu …
I think it was good idea in vanilla, that ryu has the fireball ultra, and Ken the shoryuken ultra (that separates the shots further). Ryu was always the shooter, and Ken had the characteristic fireshoryuken. So why the f’ck did ryu get a shoryuken ultra as 2nd? For me , that was totally unnecessary and feels just not originally (Its good that nobody even uses it lol). Capcom just had to give evryone a 2nd ultra and fcked up.

So the most will think “then just switch to vanilla, dont bother us” (Perhaps I will do just that, but i dont know, how good the traffic is for the PC version). But perhaps, there is a nice discussion. Do some of you think likewise? Is Capcom doing a mistake with always publishing another super turbo mega hilarious gigantic arcade collector version?
I think when they would have remained with just SF4, and keep tweaking the balance. The game would have had the potential, to be played for many years and be perhaps the yardstick by which to measure future beatemups. Discuss.