Just curious. Can you 'PadHack' a PS3 BlueRay Remote?

Please delete if this has been attempted and failed.

That thread wasn’t very conclusive. I have a PS3 Bluray remote and can confirm that it does work with SF4 and is recognized like a regular controller.

The buttons dont react like analogue ones so i dont see why it wont.

You can use them -if-

Seriously, if those two are true then it will work. Of course, if it uses batteries/battery packs then you will need to work out some sort of recharging harness.

I think a Cthulu board is just as cheap :D, and that would probably be a safer bet regardless.

I think a Cthulu board is just as cheap :D, and that would probably be a safer bet regardless.

I’m with SouLoNi on this one. Cthulu is kind of the holy grail of cost/efficiency. Plus as long as you wire them properly they make for a very clean interior, where as padhacking can be a bit messy/sloppy.

ive pad hack this controller and its really easy…
if u need help on it i can show u pictures on what to do. 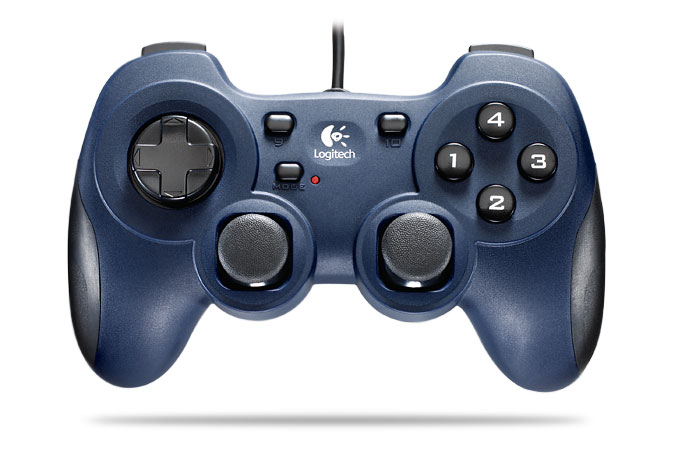 The Cthulu board is pretty cost efficient, but the problem is that it isn’t wireless.

That’s the kind of the question here. A cheap alternative to a wireless PCB.

If you want a sixaxis at a decent price (Around $27us + shipping) check out game deal daily
http://www.gamedealdaily.com/store/product.php?product=3
I bought one off them a couple weeks ago and the thing was practically new.

I believe the Blu-Ray remote can’t be used with PS1 and PS2 games played on the PS3, but I could be mistaken.

This is very interesting. I’m going to have to try this.

I took apart my PS3 Remote today. This is definitely a useable pcb for modding. In fact, the pcb is fairly small and can be easily placed inside any enclosure. Once I actually get around to hacking it, I’ll post some pictures.

The PS3 bluray remote cannot control anything during a game. It’s only meant as a DVD remote, this has been documented before on SRK.

I have personally tried to use the remote to control anything in game and it is not recognized as a controller.

The PS3 bluray remote cannot control anything during a game. It’s only meant as a DVD remote, this has been documented before on SRK.

I have personally tried to use the remote to control anything in game and it is not recognized as a controller.

I have personally used it on Guilty Gear Accent Core Plus (on my 60gb ps3) and dance dance revolution (also on 60gb) not sure on ps3 games.

I have personally used it on Guilty Gear Accent Core Plus (on my 60gb ps3) and dance dance revolution (also on 60gb) not sure on ps3 games.

Hmmm very interesting. I remember trying it one on game (so long ago I don’t remember which) and it was non-responsive in the game. Maybe works on some games and not others? I’ll have to test this out later but I don’t have a huge selection of games.

I’ve only tested it on this PS3 Dragonball demo, and it works fine. Can someone test this on SF4? I don’t have the game on PS3.

I might have to pick up one of these remotes today and play around! I’ll try to upload some pictures if I do pick one up.

ive pad hack this controller and its really easy…
if u need help on it i can show u pictures on what to do.

Right I’m back with some info and pictures are on their way! I’m going to say that you CAN padhack a remote (I used one in SF4, it was a very weird experience using a remote in a fighting game). They don’t seem any more difficult to hack than a sixaxis/dualshock3. I’ll update this post with pictures when they’re uploaded.

So first of all YES, they do work in SF4, hell the direction pad on it is great for shoto players because it rolls really easily :lol: A couple of differences with using this are:

Once I knew it worked I decided to take a look at the insides… They’re not too easy to get into, there is one screw but don’t let that fool you. (screw can be found at the bottom of the remote when you remove the battery cover.)

Once the screw is out I pried open the bottom of the remote with a metal ruler (which was a bit tricky). Then I slid the ruler all the way along the edges in order to prise open the rest of the case which has clips all the way up it.

Once I’d taken it apart I realised it had the same contact stuff that the sixaxis/DS3 have for the buttons. So this job won’t be any easier than hacking one of those.

The pcb is clipped onto a bit of plastic which pulls right out from the base of the remote case.

No screws or anything so you don’t need to worry about that, the pcb can be unclipped easily from this bit of plastic .

And now onto the pcb. As you might notice from the pic above it is tiny. Here’s a more detailed picture for those that want it. I’d say it is possible to solder to the small copper contacts that are near to the connector for the plastic contact strip but it might be safer to go for a solderless hack as per the dualshock2/sixaxis/dualshock3 solderless hacks.

For interest it would also be very easy to solder up a different battery holder to this pcb. This would help you when placing the battery compartment in a good place for custom/modded wireless sticks.

View the full album on Photobucket.

Conclusions:
+ A great alternative to a sixaxis/DS3 pcb if you simply must have a wireless PS3 stick, especially at around half the price.
+ Very small pcb, great if you’re stuck for space.
+ Can be hacked solderlessly.
- Needs 2 x AA batteries, might cost a bit and you need to keep spares around.
- No plug and play, requires setting up via the PS3 settings menu before it can be used. A pain at tournaments but OK for home use.

In my opinion its a great alternative and something that I think you should try if you want a wireless PS3 stick. I’m going to stick with a Cthulhu though

Hmm, even if you can hack it.

You’d only be able to use one Remote-Hacked pcb per PS3, since the PS3 will only recognize a single remote at a time. It removes the previously linked BD Remote’s information when a new one is linked.

^ you have a point there! Anyone have 2 remotes around to test this? The only comment I’ve got is that it added the remote as the 7th controller when it connected.