Looking to mod my Mayflash Stick

Is everything that I have in mind compatible for modding it?

I don’t know how big the holes are for the buttons of the stick, but I heard that they were smaller than 30mm. Would 24mm buttons fit perfectly instead? That would save me $8 too lol

I’m not sure if the joystick that I linked will be able to mount with the Mayflash stick, and would like someone to clarify this for me.

The converter is set in stone. Heard that it’s quite good.

Thank you for reading my questions, and I eagerly await replies for them.

I don’t know how big the holes are for the buttons of the stick, but I heard that they were smaller than 30mm.

For the joystick, it depends are you getting the original or the version 2 Mayflash? If you are speaking of the Version 2 mayflash, the joystick is designed to accept authentic joysticks and 30 mm buttons and you should have no issues.The Version 2 Maylfash, the JLF just fits right into place. You have some minor rewiring to do but its not that hard of a process.

With no other customer reviews, I would NOT take the plunge. Until someone else buys one and tears it down and document it it would be best to assume the claims are false.

For version 1 check out the following

that’s my thread over on shmups.com. glad it’s helped somebody out. as far as the difference between the jlf and the jlw, there’s a few differences. the jlf is a common ground pcb, which works out fine for the mayflash pcb. jlw is non-common ground. no big deal as you’ll just daisy-chain the grounds. there’s different gate options between the two (jlf has an optional octagonal gate, jlw has an optional circular gate). and there is apparently a difference in feel between the two (i’ve never used…

Awesome work Laugh. I modded a Mayflash and my method to mount the JLF stick was practically the same as yours except I used the stock screws by cutting them shorter with a wire crimper.

I bought this one awhile back: 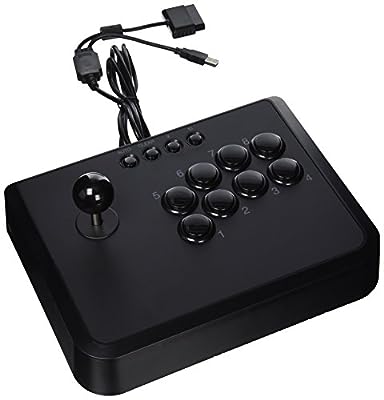 Looking at the dates, I assume that it’s version 2 of the Mayflash stick. Thanks for the reply.

No thats the version 1 Mayflash stick.

Ah, so I have to cut and solder some stuff for this version.