The Declaration of Independence ― July 4, 1776. Coincidence? Probably not.

[list][]“The question of how and why the United Nations is the crux of the great conspiracy to destroy the sovereignty of the United States and the enslavement of the American people within a UN one-world dictatorship is a complete and unknown mystery to the vast majority of the American people.”*
[]"However, the vitally important thing for all Americans, all you mothers of the boys who died at Korea and are now dying in Vietnam, to know is that our so-called leaders in Washington, who we elected to safeguard our nation and our constitution, are the betrayers and that behind them are a comparatively small group of men whose sole objective is to enslave the whole world of humanity in their satanic plot of one-world government."*
[]“It was in 1770 that the professional money lenders, the then recently organized House of Rothschild, retained him (Adam Weishaupt) to revise and modernize the age-old “Protocols of Zionism”, which from the outset, was designed to give the Synagogue of Satan, so named by Jesus Christ, ultimate world domination so they could impose the Luciferian ideology upon what would remain of the human race after the final social cataclysm by use of satanic despotism.”*
[]“Weishaupt completed his task May 1, 1776. Now you know why May 1 is the great day with all communist nations to this very day. That was the day, May 1, 1776, that Weishaupt completed his plan and officially organized the Illuminati to put the plan into execution. That plan required the destruction of all existing governments and religions. That objective was to be reached by dividing the masses of people whom he, Weishaupt, termed ‘goyim’, or ‘human cattle’, into opposing camps in ever increasing numbers on political, social, economic, and other issues-- the very conditions we have in our country today.”*
[]“Now just why did the conspirators choose the word ‘Illuminati’ for their satanic organization? Weishaupt himself said that the word is derived from Lucifer and means “holders of the light.” Using the lie that his objective was to bring about a one-world government to enable those with mental ability to govern the world and prevent all wars in the future– in short, using the words ‘peace on earth’ as his bait-- exactly as that same bait ‘peace’ was used by the 1945 conspirators to force the United Nations on us, Weishaupt financed, I repeat, by the Rothschilds, recruited some 2,000 paid followers. These included the most intelligent men in the field of arts and letters, education, the sciences, finance, and industry”*
[]“In order to infiltrate into Masonic Lodges in Britain, Weishaupt invited John Robison over to Europe. Robison was a high degree Mason in the Scottish Rite. He was a professor of natural philosophy at Edinburgh University and Secretary of the Royal Society of Edinburgh. Robison did not fall for the lie that the objective of the Illuminati was to create a benevolent dictatorship, but he kept his reactions to himself so well that he was entrusted with a copy of Weishaupt’s revised conspiracy for study and safekeeping. In order to alert other governments to their danger, in 1798, Robison published a book entitled “Proof of a Conspiracy to Destroy all Governments and Religions” but his warnings were ignored, exactly as our American people have been ignoring all warnings about the United Nations and the Council on Foreign Relations (the CFR).”*
[]“Now here is something that will stun and very likely outrage many who hear this, but there is documentary proof that our own Thomas Jefferson and Alexander Hamilton became students of Weishaupt. Jefferson was one of Weishaupt’s strongest defenders when he was outlawed by his government and it was Jefferson who infiltrated the Illuminati into the then newly organized lodges of the Scottish Rite in New England.”*

[]"In conclusion I have this to say: You probably are familiar with the story of how one Dr. Frankenstein created a monster to do his will of destroying his chosen victims but how instead in the end, that monster turned on his own creator, Frankenstein, and destroyed him. Well, the Illuminati CFR has created a monster called the United Nations, who is supported by their minority groups, rioting negroes, the traitorous mass communications media, and the traitors in Washington was created to destroy the American people.

We know all about that many-headed hydra-monster and we know the names of those who created that monster. We know all their names and I predict that one fine day the American people will come fully awake and cause that very monster to destroy its creator. True! The majority of our people are still being brainwashed, deceived, and deluded by our traitorous press, TV, and radio, and by our traitors in Washington, but surely by now enough is known about the UN to stamp out that outfit as a deadly poisonous rattlesnake in our midst."*
[/list] Original Letter @ The Library of Congress
http://memory.loc.gov/cgi-bin/ampage?collId=mgw2&fileName=gwpage021.db&recNum=199
(start @ the last entry on the first page) Already made a Birthday Goddess thread. You know where it is. Even if you don’t spell her name right. Like she’s an alt.

@Neesa birthday thread > this one. 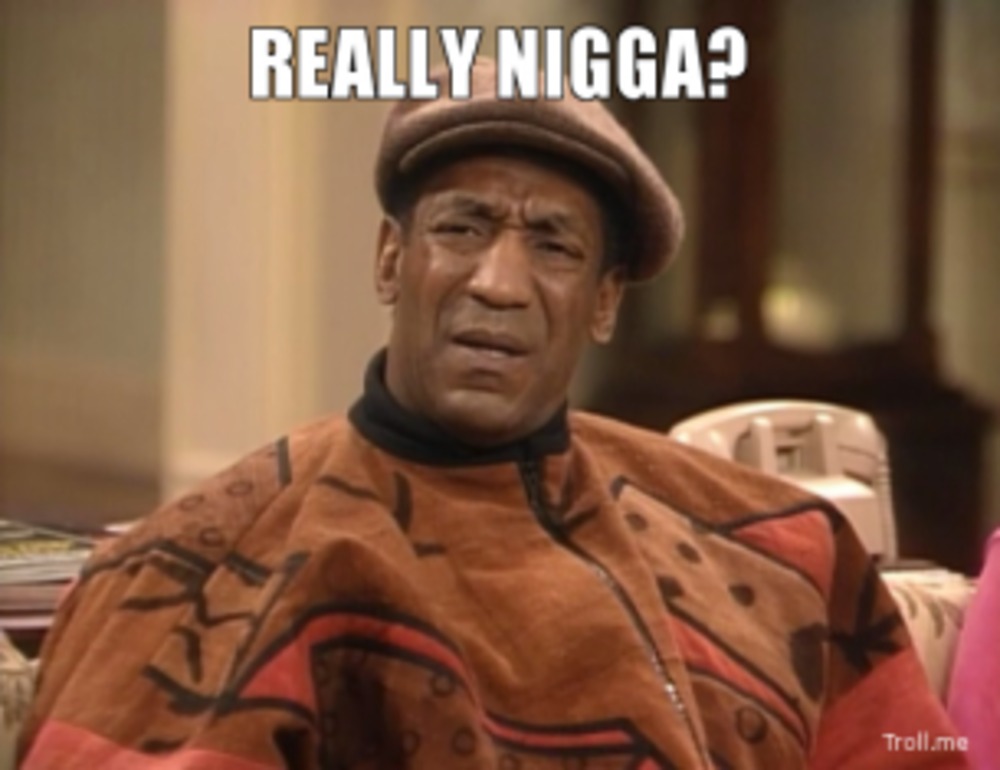 Bruh if you don’t take yo tin-foil hat-wearing ass somewhere else with this shit. Ain’t nobody got time read this shit.

BIRTHDAY OF PAGAN GODDESS "BELTANE"
CORRECTION: “Beltane” isn’t the name of or dedicated to one specific goddess. It is a Pagan/Wiccan (Witch) festival that is dedicated to ALL gods and goddesses of fertility, whether it be in animals and nature or when it comes to human beings.

Beltane has been a time of fertility celebration in innumerable cultures. Learn about some of the deities honored during this spring Sabbat.

Bruh if you don’t take yo tin-foil hat-wearing ass somewhere else with this shit. Ain’t nobody got time read this shit.

Yup, nobody got time to read about something that’s actually important because they have better things to do with their time ― like watching TV (aka “The Idiot Box”), watching a stupid sports game, going to the movies, going clubbing, going to the mall, or any of the other stupid unimportant shit. All these things are merely distractions. But I shouldn’t be surprised ― Americans today are dumber than a second coat of paint. I mean look at how many dummies the US education system pumps out every year. America isn’t even in the Top 10 of World Education rankings.

How is it possible that America went from being populated by GENIUSES like the Founding Fathers, to the America of today, which is now mainly composed of pea-brained idiots ― Sheeple. SRK is a good indication of this. There are MANY Sheeple on this board.
"Say what you want about America, Land of the Free, Home of the Brave. We got some dumbass motherfuckers floatin’ around in this country, DUMBASS MOTHERFUCKERS!"
― George Carlin

You have all the time in the world to waste on useless entertainment distractions and yet you can’t even spend a couple hours of your life to learn about the absolute destruction and coming enslavement of (what used to be) the greatest country, occupied by the freest people on the face of this earth, throughout the history of the world.

The united States of America ― The Grand/Great Experiment of Liberty that toppled the Monarchs, Kings and Queens from their thrones and gave TRUE freedom to the common man/woman.
https://www.youtube.com/watch?v=IzYl48V0HTM
http://press-pubs.uchicago.edu/founders/print_documents/v1ch4s22.html

"I’m Ron Paul. I’m a Congressman from Texas serving in my 10th term. I am the Champion of the Constitution."
If my information is nothing but “tinfoil” bullshit, then why did Ron Paul say any of this during his Farewell Speech to Congress?
“The last nail is being driven into the coffin of the American Republic, yet Congress remains in total denial as our liberties are rapidly fading before our eyes…Who would have ever thought that the current generation and Congress would stand idly by and watch such a rapid disintegration of the American Republic…In my view, it appears that the fate of American Republic is now sealed, unless these recent trends are quickly reversed…Without this understanding, our endless, unnamed and undeclared wars will continue and our wonderful experiment with Liberty will end.”

If the Founding Fathers were alive today, they would be appalled at what has become of the American People and America itself. The American SHEEPLE and the America of today is nothing but a fucking disgrace!

The most ironic thing of all is the fact that I’m not even American, but I can already tell that I’m the one and only person on this entire board who TRULY loves and cares about America. Can you imagine that? ― a Canadian who loves America more than Americans themselves. All you so-called Americans, the majority of you “Americans” DON’T FUCKING DESERVE TO CALL YOURSELVES AMERICANS! I’m more of an American than the majority of you will EVER be and I don’t have a single drop of American Patriot blood within me. Despite this, I am a Patriot at heart and in mind.

Ron Paul is the “Champion of the Constitution”, while I am "The Canadian Who Loves America The Most/More Than You."
I may have been born in Canada, my body may be in Canada but my heart and mind are in America ― My Ideal World.