Hi, how are you? I hope you’re all having a great day. My name is Ernst Dabel, and I’m the President of Dabel Brothers Publishing www.dabelbrothers.com . We first became known for our graphic novel adaptation of George R.R. Martin’s (HBO’s Game of Thrones) “The Hedge Knight” in 2003. Since then we’ve worked with countless other titles by numerous bestselling authors such as Charlaine Harris (HBO’s True Blood), Stephen King, Dean Koontz, Laurell K. Hamilton, Robert Jordan, Raymond E. Feist, Jim Butcher, and many others. 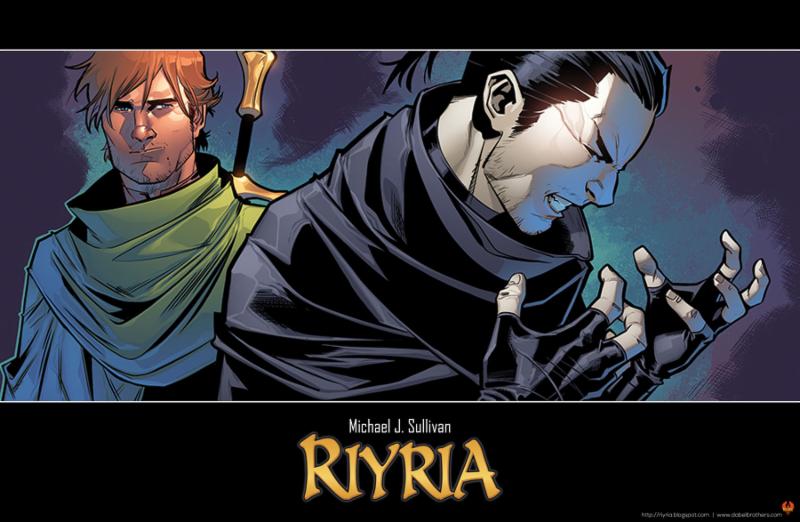 “RIYRIA: THE DEATH OF DULGATH” GRAPHIC NOVEL ON KICKSTARTER

“The Death of Dulgath” graphic novel is a beautifully illustrated adaptation of Sullivan’s novel of the same name and works well as a stand-alone introduction into Sullivan’s world. When the last member of the oldest noble family in Avryn is targeted for assassination, Riyria is hired to foil the plot. Three years have passed since the war-weary mercenary Hadrian and the cynical ex-assassin Royce joined forces to start life as rogues-for-hire. Things have gone well enough until they’re asked to help to prevent a murder. Now they must venture into an ancient corner of the world to save a mysterious woman who knows more about Royce than is safe and cares less about herself than is sane.

“With Michael already having two successfully-funded Kickstarter campaigns, one them being “The Death of Dulgath” novel, Kickstarter seemed the perfect place for us to introduce this graphic novel to Michael’s fans,” says Ernst Dabel, President of Dabel Brothers. The Death of Dulgath novel is Kickstarter’s third most-funded (worldwide) and second most-backed (USA) fiction project of all time! The graphic novel has already surpassed 50% of its goal on the first day.
Backers will have the chance to help this project come to life and see their two favorite characters Royce and Hadrian come to life as well as receiving some pretty cool rewards for supporting the Kickstarter. The campaign ends on November 5, 2016.