This series of threads is all about counter play. I will update the first post to always have the most relevant information of the entire thread, so please share what you know

I will be looking forward to it, as I main Rashid…still, she stomps all over him in terms of guessing game…

having trouble against rashid’s seemingly unlimited pressure and some gimmicky stuff. I know his St MK, spinning mixer are -2, Cr MK are -3 but he can make those normals safe by cancelling into mixer or his leg mini tornado thing, sometimes to fuck with me he can DP after spinning mixer to steal a turn or two. I’m also having issue with him crossing me up often and my Cr MP will not catch him, or him having longer reaching normals in St HP / HK, in which HP is fucking 0 on block and crush counters, HK also crush counters and has amazing reach, Mika’s buttons are just not long enough to counter poke at him. And don’t get me started with those annoying runs into throws or his V trigger and tornado that alters his jump trajectory. 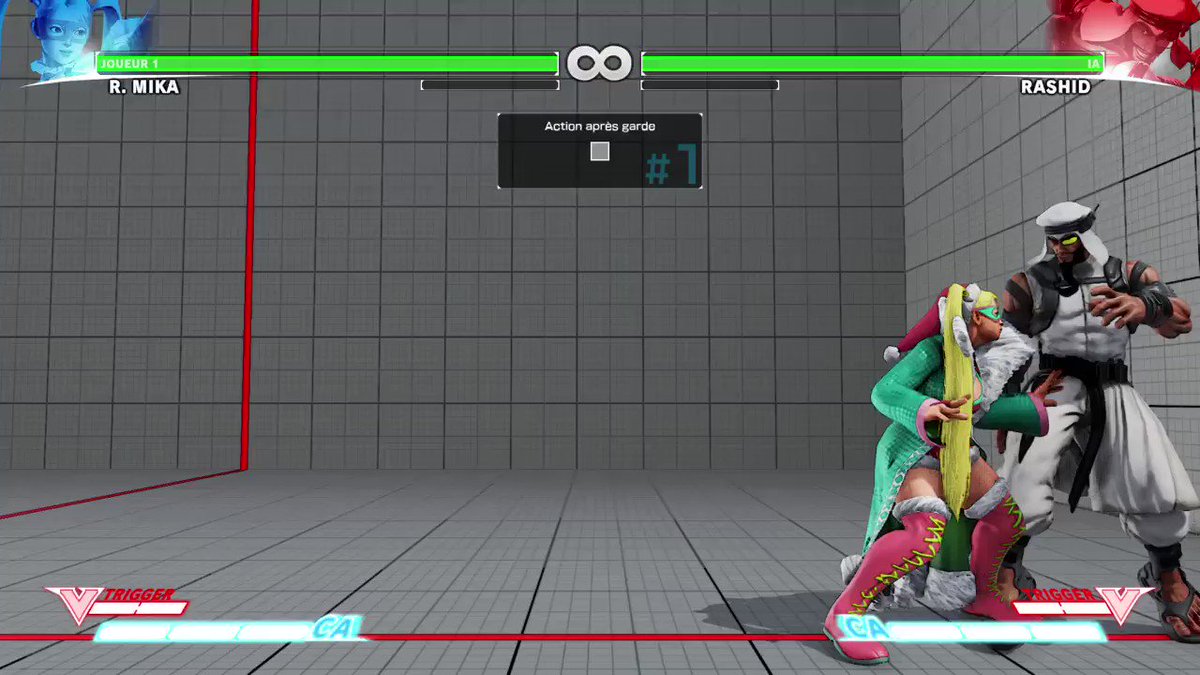