In an interview with the Daily Dot, Stone said many of the girls he asked to prom were already going with someone else. So, he took a different route and hopped on Twitter to contact some adult film stars.
After nearly 600 Tweets, at least two porn stars have offered to take Stone up on his offer.
Megan Piper, who never made it to her senior prom, said she’d be willing to attend the dance as long as Stone took care of the travel costs from Los Angeles.
“If you can get me there, then yes :),” she tweeted.
And adult film star Emy Reyes was honored by Stone’s proposal and responded by saying, "Awww that’s reappear [sic] hun and i would love tooo."
Now, the teen’s next mission is to raise about $400 to buy his possible date – who, as of late Tuesday afternoon, appears to be Megan Piper – a plane ticket to Minnesota for the big night on May 12.
Piper said she’s excited about the possibility of attending the dance with Stone.
“I thought it was really cute, and I thought it would make his night by saying ‘yes’,” she told The Huffington Post.
The 19-year-old moved from Georgia to Kansas during her senior year of high school and couldn’t attend her own prom. She even had a navy dress with a corset top picked out for the occasion.
“It was so cute,” she recalled. However, if she does fly to Minnesota, Piper says she’s using the opportunity to shop for a new gown.
When asked about the possibility of Emy Reyes attending the dance, Piper said she was open to sharing the spotlight with her friend.
“If she decided she wanted to go, too, that would be really cool,” Piper said.
As of a couple of hours ago, Stone, who says he’s 18, did not have a PayPal account set up to receive donations, but that might soon change with the amount of exposure he’s been getting.
However, the teen’s special date might very well be a surprise to his parents and principal, who reportedly have no clue what Stone has been planning, the Daily Dot reports.
As for Piper, the adult film star isn’t keeping her boyfriend in the dark about her potential date.
“He knows I love him so he doesn’t mind,” she said.
Regardless of how Stone’s plan pans out, he now joins the ranks of several teens who have taken extraordinary measures to secure a date to prom.
Much like Stone, 18-year-old Kevin McGuire used social media to secure a date with Taylor Swift. And although the songstress won’t be able to attend McGuire’s prom, she invited him to the Academy of Country Music Awards as her date.
Brady McHale, on the other hand, took advantage of his position as volunteer firefighter and executed his prom proposal atop a ladder truck positioned outside of his high school’s windows.
Ashley Shay decided to take a more public route, pitching her prom proposal on a local billboard.

This seems similar to this one article I read where another teenage boy asked an athlete out for prom. This must be a growing trend among kids these days.

What are the chances of this kid getting poon after prom; likely or unlikely? You decide.

I Think he’ll get it.

And some wacky mix-up will cool the relationship and seed some self-doubt and angst in the young man’s mind, while the girl ponders her feelings for him with her side-kick harpies. It’ll all end with a reunion scene that resolves in a dance number at the prom after party where Jerry O’Connell shows up to do one last drunken stunt.

The boy needs to work on his game.

Can I haz pron star?

I remember when Dylan Ryder was my date to the prom

yeah i saw this movie already. it sucked 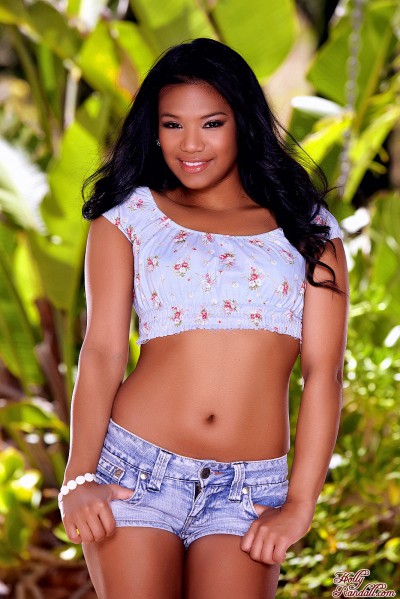 Emy is wack now that she has implants though.

Well at least he’s going to get laid…

She sure as fuck didn’t look like that when I looked her up. Oh right photoshop is a helluva a drug.

Well at least he’s going to get laid…

He better, or he turns in his man card.

This kid is doing it the easy way. In the 90’s there was the kid who asked Houston out and got her to prom. He also got to bang her that night and it turned into a relationship.

lol nigga what are you talking about? titties are quantity over quality, period.

lol nigga what are you talking about? titties are quantity over quality, period.

I bet you love McDonalds.

Didn’t Howard Stern set some kid up like this already?