I found a Acer 20inch monitor at a garage sale and I picked up (for 20$…steal…) It has no issues or problems, its almost brand new… Problem is its a computer moniter. I wanted to use it for my Xbox 360 setup but I was curious if there is any cable converter for Xbox.

Its only has VGA and DVI outputs.

Any help would be appreciated.

Can’t you just get an official (or other decent quality) VGA cable for the 360?

It’s how I set up my friend’s system.

VGA cable for 360 would work fine for you.

Also, an HDMI to DVI adapter should work, and may actually be cheaper if you have an HDMI model XBox. Unless the monitor is really old, HDCP for protected content (streamed movies, etc.) shouldn’t be an issue (early DVI displays sometimes won’t support HDCP). This should get a slightly sharper image at the native resolution of the screen, as it’s digital instead of analog. You’ll also need some way to hook up audio… as the monitor won’t have a pass-through (since DVI doesn’t carry audio), you would probably need an XBox audio adapter dongle thing (can’t remember what they call it, they sell it with their HDMI cable). If you don’t have one of those… well, it might not be the cheaper option anymore.

VGA
There are VGA connections for the Xbox 360.
Get the VGA kit for your Xbox 360 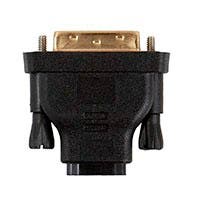 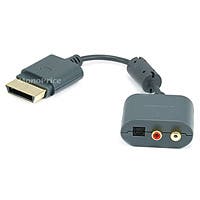 Use both HDMI® video and analog or digital optical audio on your Xbox 360® using this Analog Stereo and S/PDIF (Toslink) Digital Optical Audio Adapter for Xbox 360 from Monoprice! This adapter cable is designed to let you...

Could to explain to me a little how the VGA cable works exactly? I see it has red and white inputs. The monitor I have doesn’t have red white outputs at all.Jaxel gave me a suggestion also. I may go that route…l curiious about all of the options though

VGA is only Video.
The Red and White is Stereo Audio.

Computer monitors do not usually have sound.
Which is why computer speakers exist.

You want sound?
You will be using computer speaker.
But those do not use RCA plugs, so you need adapter.
The Red and White is RCA, you need adapt to 3.5mm headphone jack.

OK, VGA is a video format. That’s the hooded rectangular-ish connector with little screws on the back. The cable also brings out two RCA connectors (the white and red) for audio – that’s stereo audio, and that’s what we were talking about you needing an female RCA -> female headphone jack adapter for. That adapter will let you use normal computer speakers with the XBox’s output. VGA itself does not carry any audio.

Similarly, if you opt to go with the HDMI -> DVI route, DVI doesn’t carry audio. That’s where the “Audio output for HDMI/ DVI options for Xbox 360” link that Darksakul dropped would come in – that’ll give you two RCA jacks to plug an adapter into. Assuming you’re going with computer speakers for audio, you’ll again need an RCA -> headphone jack adapter. In that case, however, you’d need a male RCA -> Female headphone jack adapter instead (or you could just plug the other type of adapter in via a normal two-connector RCA cable).

Do NOT buy cheap 360 VGA cables under any circumstances, They’re never properly shielded, you will get really bad image ghosting. I tried three different ones before I just went to Gamestop and bought the official ones, I think they’re $15 used.
<edit> I should probably add that I’ve tried those monoprice ones. They were possibly the worst ghosting I experienced.

Yeah, cheap cables for analog can be pretty bad. I’ve only ever used a first party VGA adapter myself, so can’t really advise there.

HDMI, though… go as cheap as you want. As long as the cable works at all, it’ll pretty much work perfectly; if you’re not moving the cable around a lot, there’s no reason not to go with a $2 cable.