No, I don’t mean "Which is better? MK or KI?"
What I mean is that it looks like we may be getting an MK vs KI video game!
Here’s a link to the article regarding it.
http://ubercritblog.tumblr.com/post/141360179823/its-konfirmed-mortal-kombat-vs-killer-instinct
Ed Boon posted his tweet #konfirming it quite a while ago and so far I haven’t seen much of anything posted about it.
Has anyone found anymore info about this? Anyone else excited for it if it really is happening?
Sorry if this has been discussed already. I haven’t been able to find anything else, which is why I posted here.

What you need is for WB to announce it

As much I would like to see this come to fruition, I wouldn’t exactly take what Ed Boon says to heart, since he’s generally known for his trolling habits on Twitter.

So that joke tweet is supposed to be a confirmation?

As of now, I’d rather have a Killer Instinct/Guilty Gear crossover. Both have crazy and super-varied characters, and making the GG cast to be rendered in Killer Instinct’s “realistic” (lol) 3D style would actually be pretty sick.

and making the GG cast to be rendered in Killer Instinct’s “realistic” (lol) 3D style would actually be pretty sick.

You want all the characters to look butt ugly? I shudder at the thought of Killer Instinct style Bridget.

I think this idea of a Street Fighter vs Killer Instinct game sounds a lot better: 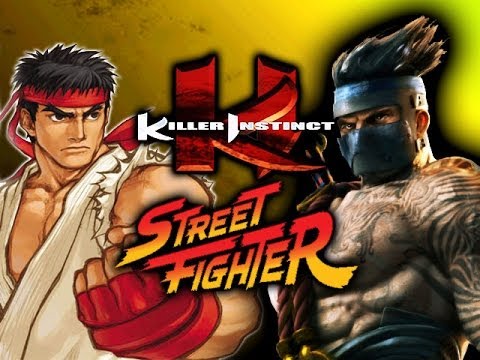 I think this idea of a Street Fighter vs Killer Instinct game sounds a lot better:

Tormo. New character, he’s Akuma and Chun-Li’s son, he kills Ryu and replaces him as the new lead character. he can shoot hadouken from his feet. he’s already a master of Dark Hadou and can perform a more powerful version of Shungokusatsu.

Stopped reading after this