I arrived at the airport around 7-7:15 AM awaiting my flight to Phoenix, then to Vegas that took off at 7:45 AM. About 10-15 minutes later, they announced that there was a small delay that wouldn’t leave until 8:15 AM. I was a little pissed, but what can you do? 8:15 AM came by and I boarded. We didn’t leave until 9 AM though. I finally got to Phoenix around 10 AM PST (1 EST). Today would not be my lucky day because there was yet another delay that involved a “minor” engine leak. Bah! Finally boarded and proceeded on to Vegas 45 mins later. Vegas is a city totally unlike anything I’ve seen before. A LOT of attractions, clubs, parks you name it. It’s here. ANyway, I finally made my way to the Green Valley Ranch where Evolution was being held at. The GVR has everything. It has a casino, movie theaters, pool and spa in ADDITION to being a hotel. Very nice. I finally made my way to the main ballroom and man was the place littered with people. People everywhere, playing al kinds of different games. Anyway I looked to see what pool I was in for CvS2 and it seemed to be an easy pool except for one player: Tokido. I had Tokido in my pool. I was actually pretty excited that I would finally play a Japanese top player.

I found the CvS2 tourney director and the opponent I was supposed to play and beat him one match. Yep, CvS2 singles were only one match this year because it took too long to run. Semis were 2/3 but singles and finals were one match? Wack, yes, but a lot of upsets happened which I’ll talk about later. I got thorugh my first two opponents and now I finally had to play Tokido. The guy is very good, with top-notch execution and skills. I lost my one matc hof course, but I think I played well against him. I qualified for loser’s and I was done for the day. I played more matches and watched some and that’s basically it. I didn’t stay as long as I wanted to cause jet lag was owning me hard. So I went to sleep (I wanted to watch Bang the Machine but it just wasn’t happening =/ )

I woke up around 8:30 PST and headed over to the GVR around 10 AM. When I got to the ballroom, I was surprised to see a room full of people (at 10 AM, wtf?!). Anyway I played a few rounds of CvS2 to warm up them found the tourney director. I was supposed to play some guy named “Takashi” I had no idea who this person was neither did BAS, Takayuki or Kuni. After waiting hours to play, they finally DQ’ed him then I had to play Justin Wong. Justin is a solid player, with a strong ground game. He played C Chun-Vega-Sagat against my A-Vega-Rolento-Sakura. I lost 2-0 of course and I was out. I was making stupid mistakes I don’t normall y make, like activating on wakeup and missing BnBs. Horrible. After he played me, I walked to a crowd on a TV near me. It was R.F. vs. Ricky with Ricky ending up losing and him being out. He lost to another Japanese player which I can’t recall right now.

I was pretty amazed because I thought for sure he was gonna get top 2. But all matches aside, Combofiend’s tourney matches were the hottest matches around. He beat Nitto, Nestor, Tokido, Ohnuki and Justin. He was beasting a quite a lot at Evo. I knew he was mad good, but he just upped his game by a thousand just that instantly. I played a lot of casuals up until the Japan vs USA 5 vs 5. It was entertaining, yet kind of boring. The best match IMO was Ricky vs Nuki (or maybe it was MOV). Ken I. had some nice matches as well, but Makoto unfortunately could not withstand the barrages of Chuns and Yuns. After the 5-on-5, which Japan won something like 12-4, I went back to my hotel room and went to sleep.

Day 3
The main highlight today was the CvS2 finals (for me). Remember the upsets I told you about? Well how about this: Mago beats Kindevu to put him out of the tourney, BAS beats Mago to win CvS2 (Well I dunno if this really is an upset…anyone of these Japanese players could’ve won the tourney but a lot of people thought Mago was winning). Before the finals, however, I got the opportunity to play R.F. in casuals. I had no idea how good he’s gotten in CvS2 in the last 6 months or so. Very nice execution and just played smart overall. I was very impressed. If he played CvS2 as one of his main games, I have no doubt he would be one of Japan’s top A-groove players and winning big nationals like SBO. He also made it to the top 8. He played Ohayo (which he was a very solid C groove player, almost beating R.F. with his solid fundamentals). The match could’ve gone either way, but I was rooting for Ohayo. Unfortunately, Ohayo lost and was put out of the tourney giving him top 8. R.F. later lost to Kindevu which was a cool match. The grand finals were BAS vs Mago.

Mago’s Sagat had a pretty comfortable lead against BAS’s Bison. After BAS threw Mago’s Sagat in the corner with his psycho crusher “trick” he activated and painted Sagat leaving Sagat with a few pixels of health. Then K.O’ing him bringing out Mago’s Blanka. Mago played his usual safe and turtle way and K.O’ed Bison bringing out Blanka. This matchup was all about being safe and RC electricities. Mago caught BAS with a cr.foward xx level 3 leaving BAS with a fwe levels. Mago was already down, but somehow BAS got in, activated, and that was game over right there for Mago. I could go on and on about the matches, because there were so many hot ones but it would take too much time and space.

I just hope that mor ethan the final 8 make it to the DvD because it would be a shame to not see them on it. Among all the things I seen at Evolution, the most impressive thing I’ve ever seen was CigarBoB’s massive sitdown stick. He made it so that you could change out the US controls for Japanese controls at will and vice versa. He also wired various super guns to it. He had A3, A2, Xmen vs SF and ST. It was very impressive and must have took an extreme amount of carpentry to have made. Plus the sticks worked like a charm. I couldn’t stop looking at the whole setup because it was just so amazingL like you’re playing on an actual arcade cabinet. Definitely recreates that nostalgic arcade effect. Anyway, today was a short day. Evo was pretty much over for me and not a lot of casuals were happening because the staff needed to get the T.Vs back to whoever owned them. I stayed a few more minuets then left to my hotel room. I rested for a few hours then packed my bags and went to the airport for my flight back to Orlando. Unfortunately, it was raining which caused yet another 2 hour delay…but eventualy I boarded and went home. This weekend has really opened my eyes to keep playing CvS2 and keep getting better. Everyone there was good and I had a lot of fun playing them and just hangin out. I’m glad I had the chance to come to this event and I will definitely come next year, to Evo 2006. Peace.

Real questions is how many poeple did you beat and who peaced yo ass ?? And whatever happend to U vs airic and Couch money match ??

Awesome log. But how were you jet-lagging with only a 3 hour time difference?

I dunno, whatever it was it was owning me hardcore. I was mad tired around like 9 AM PST

Conflicts it sucks I didnt get to meet you in person. I wanted to get casuals matches offline. Anyways Takeshi was the japanese player known as Dan. I was waiting to see him play but i didnt see his name on the bracket. It was pretty strange since Dan was owning up people in his pools. It turns out that his japanese name was written on the bracket instead. He got eliminated by Justin Wong.

WTF I also didn’t meet you conflicts and we had money matches. I figured I would stop searching for people when I realized no one was putting their names on their tags. Oh wellz maybe next time, good read btw.

Hope you had a good time conflicts. Nice log man. It would have been nice to make it to vegas this year though i would have gotten owned hard, it would have been a cool experience. Never been to Vegas or a big SF tourney. Maybe next year :D.

cigar bob’s sticks are the best hands down. 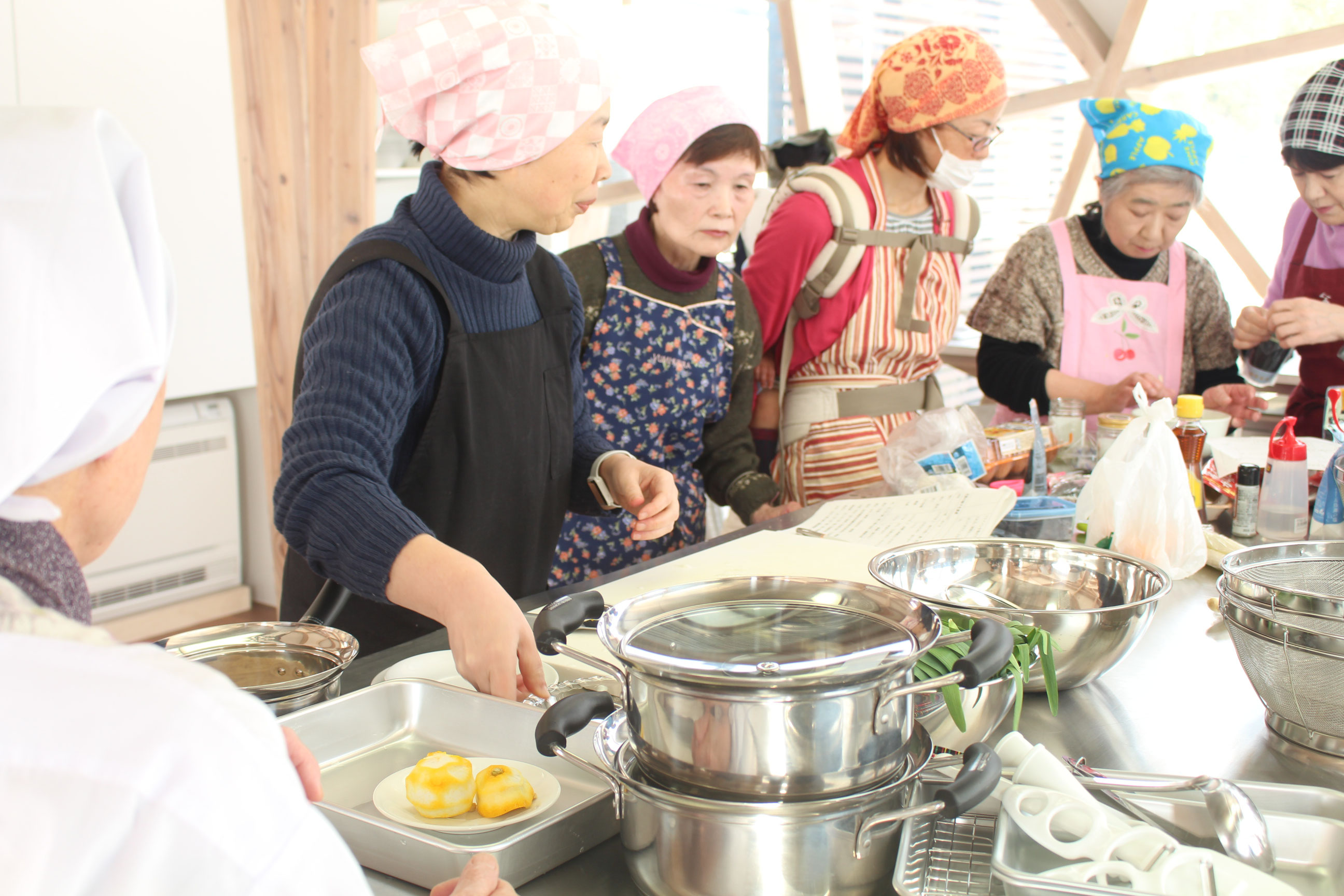