Naruto to Boruto Shinobi Striker is the most innovative ninja fighting game ever! EVO candidate!

Well it seems like it could be the Xenoverse of ninja games, at least from a multiplayer standpoint. SO ULTIMATE EPIC!!

The first session for the Naruto to Boruto: Shinobi Striker closed beta has come to an end! Three sessions remain.

Did I miss something? This is a joke right?

It looks like it’s even worse than the NUNS games.

But Assffinity.
Naruto is a sexist franchise, since all the women are portrayed as never able to catch up with their male counterparts and are later reduced just to poping kids and being milfs that stay at home or another non combat roles.

But Assffinity.
Naruto is a sexist franchise, since all the women are portrayed as never able to catch up with their male counterparts and are later reduced just to poping kids and being milfs that stay at home or another non combat roles.

have you even read the manga/seen the anime series al the way through the Ninja World War? Naruto series makes a lot of other series look sexist, including Dragon Ball, and even Senran Kagura. Naruto has more respectable glorification of both genders overall, a whole lot better than other ninja stories like Ninja Scroll

Naruto series has a lot of relevant female ninja across all ranks and tiers [details=Spoiler] and the mother of all ninja/chakra, Kaguya, outshines Madara and other returning villains [/details]
Also Sasuke has[details=Spoiler] a talented daughter that is now member of team 7 [/details]

even Sakura got more character development AND power ups than Bulma, Launch, and Chi Chi COMBINED!!
Naruto has more strong and significant female characters than even One Piece in some aspects.

so it really doesn’t overdo it with male glorification and lack of several strong female characters compared to Hokuto No Ken and DBZ. there’s still relevant females even in the new generation.
and at latest Naruto fighting games have more playable female characters than games like MVC:I.

and now Shinobi Striker has character creation, including female character creation. despite the name the series is named after, Naruto universe encompasses its world and people
a lot more than other series that only pander to one gender. and whatever weaknesses the manga and anime have, the games make up for it with their selection and freedoms.
yea SS doesnt have a avatar campaign like Xenoverse does, but it’s a multiplayer specialized game, and that’s a good thing in its case.

I don’t need to read it to know that it was pure nonsense what you posted there.
Everyone knows that on Naruto every female was useless with the vagina tax they had on them.

Tsunade never did shit besides getting into a coma and being chopped in half later.
And the suposed final boss got her shit pushed by 2 teenagers,
Madara was actually unstopable before turning into a woman and lost because of it.

I knew this was an affinity thread right off the homepage lmao, this game is absolute trash.
I felt ripped off just from playing the free beta, shitty ass servers so it glitches around everywhere, 1 button mashfest linear combat, if 2 people gang up on you it’s game over no matter what, the graphics are ps2 tier, and the game is gonna be full price with no story mode and nothing but terrible online modes on unplayable bad servers.

But since you’re affinity you’re only here to spew some “innovative innovative” bullshit and shitpost through the whole thread then disappear once the game is out only to repeat the cycle for another game.

I don’t need to read it to know that it was pure nonsense what you posted there.
Everyone knows that on Naruto every female was useless with the vagina tax they had on them.

Tsunade never did shit besides getting into a coma and being chopped in half later.
And the suposed final boss got her shit pushed by 2 teenagers,
Madara was actually unstopable before turning into a woman and lost because of it.

You have very sexist thoughts.
Madara would have still lost, like the tradition goes with protagonists vs. antagonists in these manga.
Madara did not “lose because of turning into a woman”.
what disgusting sexist filth your mind is spewing forth. you really are showing your true toxic sexist and misogynistic nature.

anything worthy? if it wasn’t for Sakura, Naruto and Sasuke would not have defeated Kaguya. that whole fight depended on teamwork and Sakura’s assistance with the overhead attack, them succeed, and that triple team situation reflects upon a theme in the series, which is teamwork and the trio team format that is used.

your entire post is sexist with the obvious subtraction of the entire history of facts of those characters, and ignoring all the other women in the series.
You are even more sexist than Togashi, Tetsuo Hara and Buronson.

the delusional fool is yourself.

also Naruto world had 2 female Kages throughout the beginning of Tsunade taking the title of Kage, throughout Shippuden.
authors that are sexist would not allow any female characters to be a Kage in their manga, nor even allow females to be a ninja. 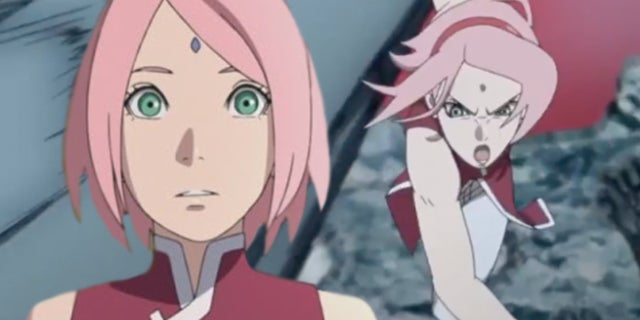 'Boruto' Just Proved Sakura Is As Powerful As Her Teammates

also, while Naruto doesn’t make the most of female characters in the battles and spotlight, it still has more significant female ninja than one can count, minor and major,
and that’s a whole lot more than what little was seen and done with female humans/sayians in Dragon Ball. Naruto’s strong female ninja outnumber the strong female characters in Dragon Ball, One Piece and other series, and the most powerful individual in the lore is female, the mother of chakra, Kaguya. 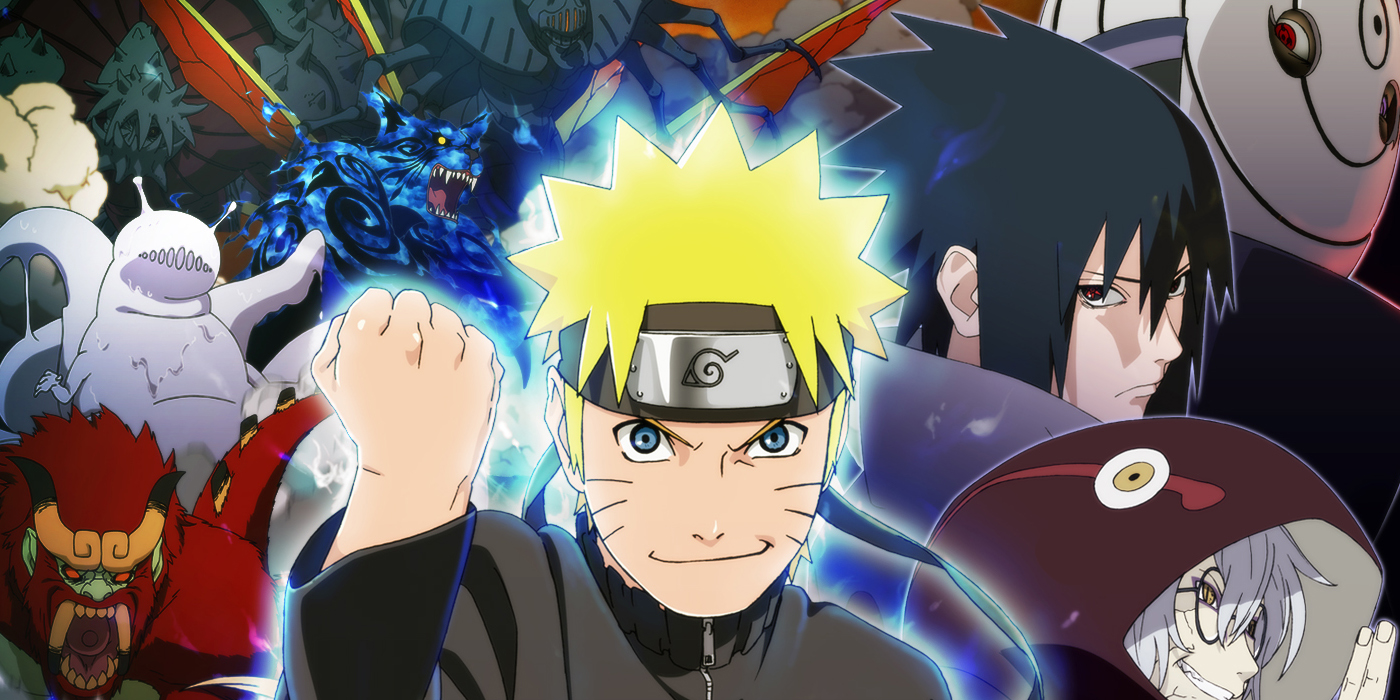 By using franchise lore and head-to-head battles, we have constructed a definitive ranking of the most powerful Naruto characters.

at the very least, several women rank high in a lot of fans tiers of most powerful and favorite characters in the series, and Kishimoto, even admitting his flaws and ignorance, still made more effort to make numerous female characters as relevant warriors and powerful beings in the series, than a lot of other authors in the genre care to do for their female warriors, if they even have any at all.

We get it affinity. Even if there are strong females in fiction, it doesn’t matter unless their numbers are big enough. And if their numbers aren’t big enough, it’s because men just hate women. That’s all you have to say. Yes, we get it. Men are evil.

We get it affinity. Even if there are strong females in fiction, it doesn’t matter unless their numbers are big enough. And if their numbers aren’t big enough, it’s because men just hate women. That’s all you have to say. Yes, we get it. Men are evil.

only hate certain types of men, including the ones with their face so up their dick that they can never respect women as much as they do towards men (which makes you wonder if they prefer to marry a man instead).
and there are women I hate too,
including the ones that allow or side with oppressive, sexist, misogynist, and other types of toxic males that belittle, ridicule and disrespect women any chance they get.
as well as the women that look down on men as a whole, and are basically the mirror opposite of the evil side of male masses, wanting female domination instead of a more equal respect towards both sexes. both extremes are bad.

You slander and say I hate all men, when there men that happen to hate women, men that fear women outshining them, making males feel inferior and less loved,
and that is apparent whenever males make it so that male characters are in the top roles and tiers, while women are in the lower roles and tiers.
sure Naruto is often guilty of that too, however compared to excessive oversaturated male obsessed manga out there, Naruto is actually somewhat more respectable series that treats males and females a little more equally than other series, where it’s like 99% males rule and 99% of the females drool (like Hokuto No Ken).

so I didn’t say all men are evil. history shows that a lot of males do evil things worldwide more than females, so the aggressive insecurities males have and obsession with keeping females under their shadow, it is apparent a lot you guys really need extra self reassurance that your sex is “superior”, by keeping females out of the spotlight and out of the fun since we’re the fairer sex and a beautiful female warrior is more appealing to both males and females than male warriors.

and the thought of females possessing both the capacity to defeat males and any adversity, while being beautiful, makes self absorbed males upset and offended about it. alpha males want to rule the violent and domination side of the sexes, though they distract themselves from the fact their own mortality really makes them just as fragile as women when it comes to the full spectrum of combat and survival circumstances.
Even a child can kill an adult, and arrogant males refuse to think of the fact that a woman can kill a man, just as a man can kill a woman.
All people are flesh and blood, so males exaggerating their superior physical potential of strength and durability, distracts them from the reality of their own fragility and their stronger physical traits does not guarantee they would defeat someone weaker than them.

Even outside the contest of strength and physical violence capabilities, on the internet and in history, it’s always proven that a lot of males are jealous of female priviledges and qualities, to the point that they are desperate to keep their household, society, governments, religions and fictional stories male dominant, which is quite pathetic and fanatical.
some cultures even go as far as to cover, censor and hide natural feminine qualities.

It’s like ugliness doing everything it can to make beauty appear inferior, and stupidly think that uglyness is beautiful.

You alpha males are wrapped in your own hideous delusion, afraid to admit you are just plain jealous of females.
In every argument and comparisons between the sexes, you guys often start the argument, criticisms, and comparisons more often than females do,
with your CONTINUED oppression, belittling and disrespect towards the female sex.

Assuming and slandering that I hate all men, is proof you really don’t want to see the truth of the lack of equal representation, respect and glorification of the sexes, and you prefer to just be devil’s advocate for the status quo and the continued disrespect towards females in general.

there is good hate and there is bad hate. it’s not bad to hate the haters that hate on us in the first place.

we didn’t start the competition and disrespect between the sexes, you guys did.

Chick, just admit you just want more females in male developed video games and fictional media. Admit that you see lesser numbers as a form of hatred. I mean, I’m black and they took out Raven, Bruce, Marduk, and Armor King out of Tekken. You don’t see me crying that Harada is a racist.

The fuck is this thread??? Went from promoting the new naruto fighter, to this dude on his soap box preaching about women being gimped power level wise in action anime.