Random Stage Selection Proposal. Would you like to see this in Ultimate?

Ok, so the idea came to me last night, and to my knowledge, i havent seen it done in any fighting games before, or even mentioned anywhere on these pages, but nevertheless thought it was still a pretty good idea, so here we go.

Shield Helicarrier stage. Yes it is very dark, yes it is also very hard to see certain characters/ especially with certain colours. I have no doubt it has caused people problems during gameplay before, so how about you could “turn it off”.

Go to the options screen, and there would be a setting called “stage selection” or whatever, pull this up, and now it displays every stage in the game (either a small graphic or just the name of the stage) with toggle switches “on/off”

This could be applied for any fighting games. I think we are never going to escape the fact that fighting games are always going to have the more crazy looking stages, and i am not trying to promote outright banning stages in any way. Just im sure that say tourny organisers or more serious players etc might have a use for this feature, to ensure more lagless matches, better streaming quality, visually challenging stages etc.

This would obviously be crazy easy to implement as well, just one option.
i honestly dont expect that this will make it in to Ultimate, but you never know, maybe one of the Devs might get really drunk and read this one night and decide to just wing it in. We already have voice toggle options for every character which obviously has no effect on gameplay, so why not this too?

That’s why he said that he hadn’t seen it done in fighting games before.
Dohohohoho, I kid, I kid.

This is still a great idea to implement in UMvC3.

ha ha shows how much i know. i actually have owned all 3 of them as well so it slipped by me that one.

This and it’s not super important to me though putting the cursor on random by default is kind of a no brainer.

People who can’t see on dark stages need to adjust their contrast/brightness/gamma settings (no harm in having in game settings for those too though). Default should be random, blatantly, and training stage should never come up from selecting random; people that want to use the training stage will choose it.

Further to my demands, any stage which causes lag should be edited or removed so that it doesn’t, gameplay is the most important thing here, we all like shiny stuff but it shouldn’t interfere.

Yeah anyone who has a problem seeing colors on their tv its actually your problem not the games.

I know people have complained before about the Tricell Lab stage, but maybe i just have a nice flatscreen tv in my house.

Though this isn’t the topic, I wanna bring it up because it’s something I feel strongly about…

Capcom needs to change the preset stage from the Danger Room to Random. I want to be able to just click random after choosing characters, not move over to the left one!

As for your idea, Evilweevle, I think it’s good. I don’t like playing ranked matches (how would it affect those by the way?) in the Danger Room. It just doesn’t feel right to me. I’d love to be able to turn it off.

I thought I was the only one who was nitpicky like that.

I too am annoyed by no default random select stage, so I just pick daily bugle.

As for your idea, Evilweevle, I think it’s good. I don’t like playing ranked matches (how would it affect those by the way?) in the Danger Room. It just doesn’t feel right to me. I’d love to be able to turn it off.

well i think in the case of ranked matches, either it could look at both players “stage list” data, and just avoid any that are set to no, perhaps lower the % value of the more notorious stages so they appear less often in ranked (assuming all stages have the same likelyhood of actually being selected). Or just make it default that certain stages will never appear anyway. I think the first of those alternatives would be the best one, but would likely a little bit more work, but still not enough to make any real impact on load times etc etc.

assuming all stages have the same likelyhood of actually being selected.

It’s funny you bring this up. Based on my experience, I honestly believe that Metro City is chosen less than the other levels… Anyone else have this experience?

Maybe Danger Room by default in this situation?

Not really related, but there should be a confirmation button if you hit random for character selection. You hit the button once and you are locked in.

Maybe Danger Room by default in this situation?

I don’t like the idea of turning stages on and off tbh, but if it were to happen, maybe online for ranked, everyone gets to veto 2 stages, that’s it. I would only veto the training stage cuz it is boring as arse.

In my previous post I already said the thing that people are missing. We shouldn’t have stages that affect frame rate, etc. It’s not on, edit them to not do that or lose them.

obviously this is gonna happen at some point, but in this case it would just have to be someone is going to be disappointed. they wouldnt be impervious to abuse but then you cant please everyone. in theory someone could go and disable all but one stage but that is pretty unreasonable for them to expect to always only get that one stage. not everyone can be pleased 100% of the time.

You would presume that some of the more problematic stages as mentioned above would have a higher ratio of ‘offs’ than ‘ons’ for all people playing online. so at least the frequency of those would be cut down.

Again. online matches are kind of a grey area where the solution isnt quite as obvious. And yea, a Veto system may work, provided it didnt need to then load another stage after loading the previous one (ala halo or MW2). Im not familiar with when the stages are actually loaded on marvel, but i imagine it is on the Vs. screen before a fight, extra load times wouldnt be an issue anyway i suppose.

Not really related, but there should be a confirmation button if you hit random for character selection. You hit the button once and you are locked in.

i like this idea, or even if it brought up the assist type selection, with options of random assist type, Assist A , B or C as seperate options. At least then a random select character will require 2 button presses to lock it in, and choosing the assist it has isnt really going to affect the randomness of it since you have no idea which character you are even picking the assist for.

In my previous post I already said the thing that people are missing. We shouldn’t have stages that affect frame rate, etc. It’s not on, edit them to not do that or lose them.

i completely agree with you that those kinds of stages shouldnt really be making it into these kinds of games, that being said, i dont rate the chances of
A. Capcom (or any other company for that matter) going back to edit the stages after the fact so they run better, or
B. Developers being able to resist the urge to have that exploding car or multi coloured dragon flying around in the background causing destruction.

so in this instance it would be nice to be able to take care of it ourselves tbh.

how about removing the danger room from actual match selection stage choice. leave it for training mode and just that

I wouldn’t really care if they included the option or not, but to be honest, I don’t really think it’s necessary. There aren’t any stages that are really difficult to play on. If you do have problems seeing on certain stages, there’s most likely a problem with your video settings.

Meanwhile, if your problem is having distractions in the stage’s background, you should probably just be playing every match in the Danger Room anyway.

What’s with all this hate for training room? So many people complain about lag in stages but training room/danger room has 0 lag. It guarantees no lag. So i’m not sure what people want. Do you want laggy pretty stages or boring lag free ones? You cant get both clearly. 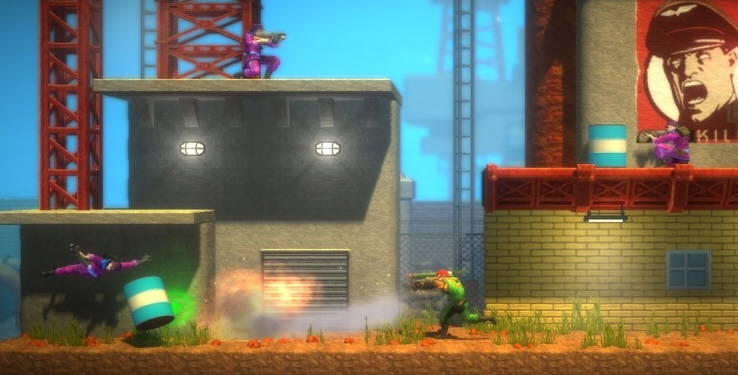