(I posted this on our local Fighting Game discussion forum, though figured it could be of use to people here.)

Those of you who know me perhaps know I’m the world’s pickiest bitch when it comes to lag, both the online latency variety and also local input lag typically associated with screen post-processing and vsync. The latter especially.

I’ve found another method to reduce local input lag a little further in the game (SFIV on PC) while still enjoying the smoothness associated with vsync using the Borderless Gaming tool. 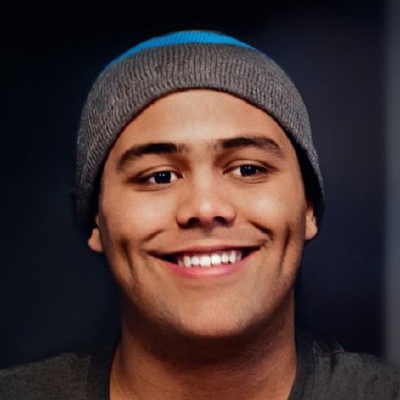 This application allows you to capture any* windowed application and force it to a maximised window sans edge borders. This allows any game to forego its own vsync implementation and instead fall back to Windows’ own vsync (which is also triple buffered) that has extremely low input lag compared to 90% of full screened applications utilising DirectX or OpenGL.

So with SFIV, I run the game, specify 1080p as my game resolution, DISABLE vsync and accept the settings. Next, I hit ALT+Enter to force the game to a window. Then, I run Borderless Gaming, run the application scan, select SSFIVAE (the detected executable) and force it into the ‘favourites’ column. Then click the third icon down from the centre to force the game into a borderless window occupying the full screen.

This results in what passes for a full screened render, albeit with a much snappier vsync implementation and a reduction in input lag (for those who typically run the game with vsync enabled in the first place). Because you are now essentially running the game WITH vsync (borrowed from Windows’ own desktop renderer) you have a smoother looking game free (mostly) of the accepted tearing and with massively reduced, if not non-existent input lag.

Another bonus is that because the game is now ostensibly a Windowed desktop application, switching to other applications (say for example if you use dual screens) means the systems doesn’t need to switch from true full screen back to the desktop, which prevents the delay associated with doing this. This means you can muck around with other applications while waiting in lobbies and so on without undergoing the annoying fullscreen/window switching delay.

Worth noting is that after you do this once, provided Borderless Gaming is running, it will remember the settings every time you run SFIV.

I strongly recommended against enabling vsync in-game once this is in effect (nor is it required anyway). There seems to be a weird bug with SFIV that sees Oni and Evil Ryu’s aura effects invoke a really weird stuttering issue that breaks this ‘fix’.

Give this a shot and see what you guys think. One thing to keep in mind that every millisecond shaved off local input lag transfers to a bump in responsiveness for online play also. While it naturally doesn’t reduce online connection lag whatsoever, the small boost in response you receive for your local inputs naturally eats into the total frame delay (offline input latency + incurred online play lag) making for a better experience overall.

At least, this has been the experience for myself.

For those curious, I run all these tests and so on using a desktop machine running Windows 7 driven by an nVidia GTX 970 card.

I’m editing the title so it’s clear that this is a SF4-related topic.

They’ve got all kinds of setups listed at the bottom. Windowed v-sync has its own issues (mainly there is some micro-stuttering present). Best solutions are to use G-sync/Freesync if you’ve got access to them for v-sync off level input delay with no tearing. The fastest solution with no tearing and no micro-stuttering will be Nvidia/RadeonPro v-sync with max pre-rendered frames/flip queue size set to 1 for most people. Personally I can notice the micro stutters with windowed v-sync so I’m using the alternative at the moment until I upgrade my PC/monitor for the superior syncing tech.

Yeah, GSync/FreeSync is a really cool piece of tech that I’m pretty eager to pick up once the premium price-tag eases up a bit.

I’m yet to see one of these screens in action and sadly reviews can’t really convey what they are like to play on in person. From what I have read and understand about the methods employed, they sound excellent though.

I’d be curious to hear from any SF players who own one and what their thoughts about the technology is. Especially from those who are sensitive to input lag.

just put v-sync off and framerate to fixed.

just put v-sync off and framerate to fixed.

We know that. What he is suggesting allows you to not have the screen tearing etc that those setting bring if you run full screen.

Yeah, GSync/FreeSync is a really cool piece of tech that I’m pretty eager to pick up once the premium price-tag eases up a bit.

I’m yet to see one of these screens in action and sadly reviews can’t really convey what they are like to play on in person. From what I have read and understand about the methods employed, they sound excellent though.

I’d be curious to hear from any SF players who own one and what their thoughts about the technology is. Especially from those who are sensitive to input lag.

Just bumping this thread for an update since I just got a gsync monitor and was able to personally test USF4 and the SFV beta with it.

This is the single best way to play SF. You can turn off vsync completely (had to force it off in the nvidia panel for SFV) for the best input lag and not suffer any tearing. It is a pretty expensive premium, however.

Something worth mentioning: you don’t necessarily need an expensive gsync/freesync monitor to reduce tearing. Running with vsync off, a 60 FPS game like SF will tear less on a regular 144/120hz monitor than it does on a 60hz monitor anyways. A simple explanation for this is that due to the higher frequency of refreshing each torn frame will stay on the screen for a smaller amount of time. Actually, when I turned off gsync to try this out I found that it was almost unnoticeable unless I was looking really hard whereas with 60hz it’s very apparent and annoying.

Sony/MS should look into implementing adaptive sync support on future consoles. AMD’s Freesync is an open standard and they already run AMD GPU’s so it could in theory be supported. These prices gotta go down first, though.