EX Shoryuken
- Expanded the forward hitbox
- Changed the opponent’s behavior on the first hit
- Note: This has no effect on the battle balance

V Shoryuken/VEX Shoryuken
- Changed so that it will consume V-Timer gauge
- Note: Uses 150F of gauge

Developer Notes: Made it easier to use Jodan Sokutogeri in combos. Also adjusted the duration and meter consumption of Denjin Renki, and improved the versatility of Isshin and its rewards when successful.

• Increased active frames for Regular Throws from 2F to 3F
• Increased combo scaling for combos that include a V-Trigger activation
• Increased recovery for Command Throws
• Made revisions to the hurtboxes for jumping attacks, and to the normal moves that are primarily used as anti-airs
• Changed properties of moves that change the position of the character, which may affect certain combos

It’s weird that the official patch notes have no mentioning of changes to the c.mk but the previous AE patch notes talk about it…

So let’s express our opinions and thoughts on the matter in a New Season of Street Fighter V.

Lastly, I’ll keep the old patch notes in case someone wants to look for it. I’ll set them into the spoilers below

[details=Spoiler]Shoulder Throw (Forward Throw)
• Stun has been increased from 120 to 150.
• Circumstances after landing it have been changed.

Crouching Medium Kick
• Hitbox has been changed.
• Pushback on hit has been increased.

Axe Kick
• Startup has been increased from 8 frames to 9 frames.
• V-Trigger cancelling the second hit now has additional advantage frames.

Solar Plexus Strike
• Damage has been reduced from 90 to 80.

EX Hadoken
• The move’s full frames have been changed from 44 frames to 42 frames (there have been no changes to hitstun or blockstun).

V-Trigger EX Hadoken
• The move’s full frames have been changed from 43 frames to 40 frames (there have been no changes to hitstun or blockstun).

V-Trigger Shoryuken
• Its airborne juggle points have been relaxed.

V-Trigger EX Shoryuken
• Stun value has been changed from 250 to 200.
• Its airborne juggle points have been relaxed.

Jodan Sokuto Geri
• This new move has been added to Ryu’s arsenal.[/details]

Some interesting changes. A possible buff to cr.mk is a big one, if that’s what it is, might be a nerf lol.

Assuming we can DP from a regular shoryuken now out of the EX tatsu corner combo maybe.

Button nerfs everybody seemed to get.

With the other character nerfs he might becone viable again. I see nothing there though to get overly excited about.

Looking at the frame data. I’m assuming all fireballs will be 11 startup and 31 recovery now in v trigger. That’s good numbers. If his trigger bar lasts a touch longer or doesn’t deplete as much he will be hard to get in on.

Still, all I’m seeing is a lot of defensive changes when what he needed was a better attack.

Donkey kick could fill that void.

Actually now that I think, they probably upped the juggle on a dp so you can connect a wall bounce donkey kick. There is potential there.

Actually now that I think, they probably upped the juggle on a dp so you can connect a wall bounce donkey kick. There is potential there.

Are you saying EX donkey kick > DP doesn’t always work? Makes me wonder about that now. In that one video we never saw them do it normally, it was always done after a VT cancel only. We only ever saw Ryu do resets with jab and strong outside of V Trigger.

The changes to VT1 are pretty good. And I assume the better DP juggle is only for VT1 and not both. The problem is that none of this matters if VT1 is half way gone after throwing two fireballs. I get that they don’t want him to spend the rest of the round in a powered up state. But could they at least make it last a very long time if you can avoid throwing fireballs like Akuma with his fireball/air fireball/SRK?

As for the DP juggle, I think one of the reasons he got this is so he can do something from a EX fireball VT cancel mid screen. And he should also have more damaging options in the corner with just 1 bar. They may also bring back his LK tatsu > EX DP combo that he had in the beta. I don’t expect it to work with regular DP but regular DP may connect after EX tatsu like highland said.

I dunno mixed reports on the dps hitting the wall bounce. HNIC Mike said it always hit and people were just timing it wrong.

The Ex FB trigger cancel xx DP, yeah that’ll probably work now I’d imagine. Plus he’s plus on block if they block. Basically gave him the FADC that the other ballers had.

My wish was they fix the retardness dmg nerf on srks

They nerfed SPS and gave srks dmg buff to Ken

I.only see nerf here particulary with push back on hit and blok particulary on cr mk…remember that cr mk hado don t connect yet at certain range but now it will be more hard to connect until the start up of nirmal hado is not decreased…

The solar plexus doesn t deserve that…it s already slow and ask a lot of risk …how many cc did you get while trying to put out this move ? Ah ah ah no sence

The hadoken and VT1 buffs are amazing so I hope they’re final.

Speed up st.MK by a frame though, and extend cr.MK’s range a little won’t ya…

I’m curious if these hitbox/hurtbox/pushback changes will fix his st. mp cr. hp link so it doesn’t whiff on random counterhits.

I’m curious if these hitbox/hurtbox/pushback changes will fix his st. mp cr. hp link so it doesn’t whiff on random counterhits.

Yeah possibly, seems a cast wide change because Ryus not the only one that has stuff whiff on CH. 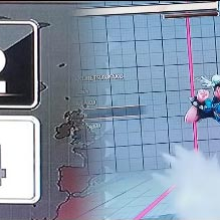 Hot off the heels of the Street Fighter 5: Arcade Edition trials images from yesterday, junkington has uploaded ...

ps. patch notes are coming up at 5pm pst.

Honestly, it would’ve been nice if they would’ve improved the recovery of his normal fireballs. I get that his V Hadoukens are supposed to be better, but it would’ve been just as important if his normals projectiles (which is what we would be using more) got better recovery so that they would at least be more respectable when we don’t have VT around.

I’m not going to lie that I’m not entirely pleased with the changes for Ryu thus far. I hope I’m wrong come the 16th when we can break into this game finally.

Just thinking about this. It seems like his DP’s have better juggle in both V Triggers, otherwise it would have specified that buff was only for one and not the other. Point is that although VT1 received some really nice buffs, the timer is still way too short. Those nice things that Ryu can do in that VT will be gone quickly after a few fireballs. And that’s another reason why I’m leaning towards VT2 instead.

Besides it being a easy mode parry, the timer for it last a pretty long time as long as you don’t use it. So you have more time to try and push your opponent to the corner and look for an opening to land those DP juggle combos. That’s assuming it work with both VT’s and not just VT1.

So, what’s the difference between “Changed the hurtbox/hitbox” and “Collision”?
I thought at first that the hurtbox/hitbox would be make them bigger or smaller and collision just the movement among them(maybe higher or to the right/left)

What do you guys think?

These nerfs are unacceptable and the buffs are not nearly enough. Buff cm.k and restore DP, grant Fake Hadoken, these are tge needed changes.

Agree with random…this modifcation is just a way for Capcom to say:

A. Yes we listen to the Fans and we gave you the move you wanted.

B.Yes we buffed Ryu fireball game (tbh this is why ryu is so low actualy)

By this two letter : they look like they are doing a good job , but what they gave , is just an illusion… Because without Vt1 , Ryu is exactly the same and suffer with the same weakness . You have to keep in mind that Vt1 is consuming so fast , so these buff are not really a threat …Opponent as just to crouch and wait you spend your Vt1

Comparing to others caracters ryu suffer of too many thing that we already spoke:

3.Dp range forward can t connect with many of his move at certain range , while all other pepole with dp can connect, and this, independently from the range that the first hit was given. Not the case with Ryu…

4.Normals range are too short , particulary from his light , and cr hp

5.Cr mk hado can t connect , this is the real thing i never understood , but it s directly connected with the balls nerf…

and i also forget many other thing …

But Clearly , Capcom’s Policy , is around to make shine the DLC Caracters , just to sell them more. That s why you work a caracter for 1 year , and after a new patch your caracter is no more viable , so you just want to change and try the New one to be good. That s why Abi just get more great Buff , and after , when Capcom will judge , that they had enough sell the Abigail Caracter they nerf him as hellz , like they already done with Rog.

So ryu will never get real buff until the last season end.