i was low on cash so had to sell my unmodded vhsg collection, still got 4 modded ones left, but these were a sight to see 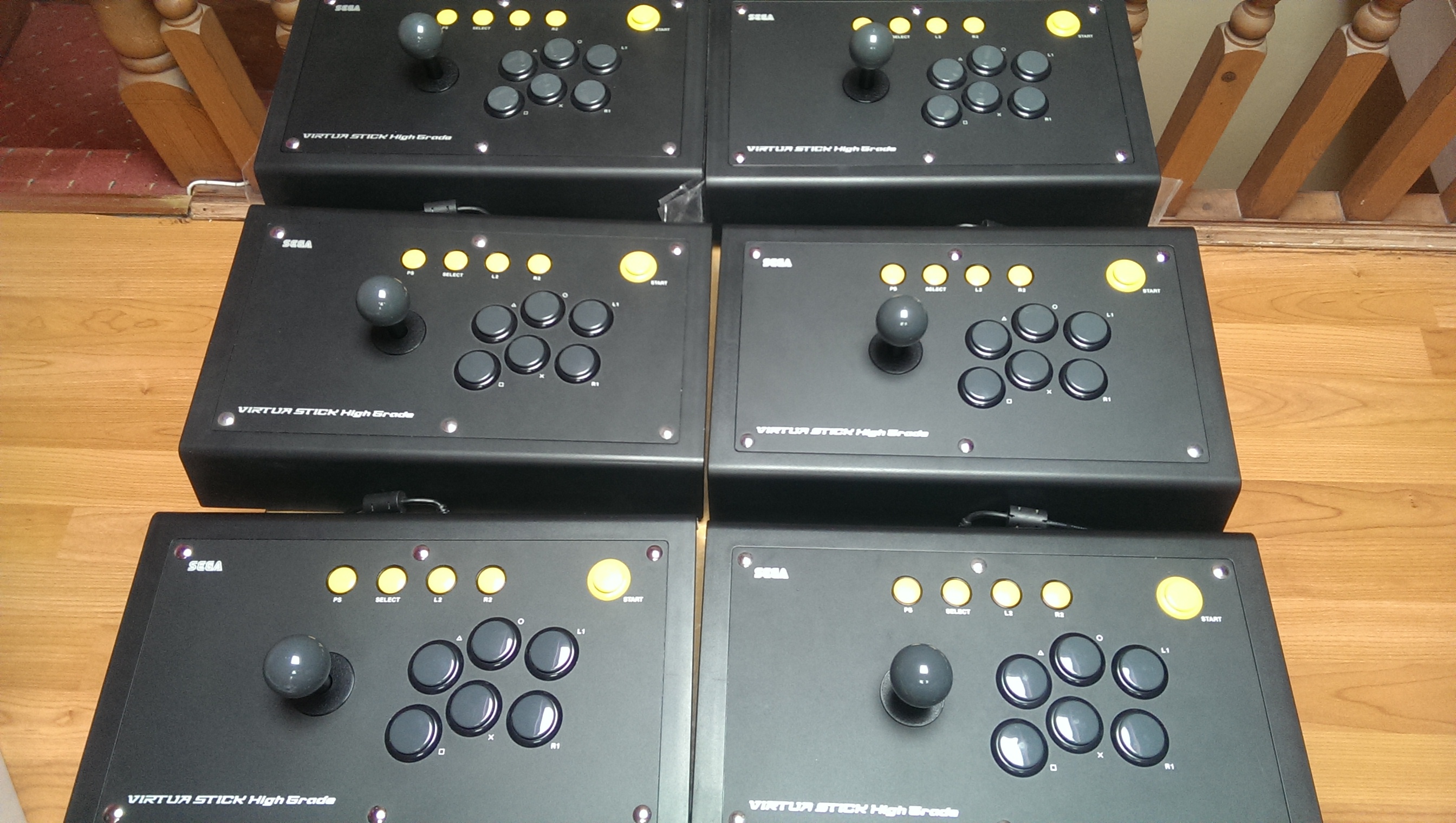 Got an Astro city arcade dual controller painted and completed! This uses the authentic metal panel from the arcade cabinet.Shout outs to @jonyfraze for making the casing! It works on 360/PS3/PS4/Xbox One/PS2/Saturn/Dreamcast/OG Xbox

@jonyfraze @networkingyuppy
Nice! Turned out beautifully!
I might have to make one like that with the move-strip sometime!

@FreedomGundam thanks for the tips along the way!

@FreedomGundam Ever make those Sega Panel Cases? Still hungry for one

@EVAWINGZERO
Whoa, thanks for the shoutout!
I did finish them a long while back; you made realize that I never posted the completed products here:

The 3rd casing was never 100% completed; I didn’t like the Plasti-dip coating and I’ll probably peel it off sometime to paint it properly.
The two other WIP ones from 2 years ago (as mentioned here) have not been touched since then; just really haven’t had the time to get back into it. Not sure how many more of these I’ll try to pump out when I have the time, as time is tricky and I have other projects in mind anyways, but at the very least it’ll probably depend on the completion of the those two (probably come spring/summer).

On an aside, @jonyfraze has been making some as well recently, so hit him up if you need something more in the short-term!

Really like the VSHG. I will be working on my own VSHG in the next couple of weeks. Plan to fit a LS40 in it. Will take alot more work than getting a LS56 in there. LS56 install requires VF plate, widening the bottom opening of shaft cover and using a washer to raise the shaft cover to proper height for stick. (24mm) 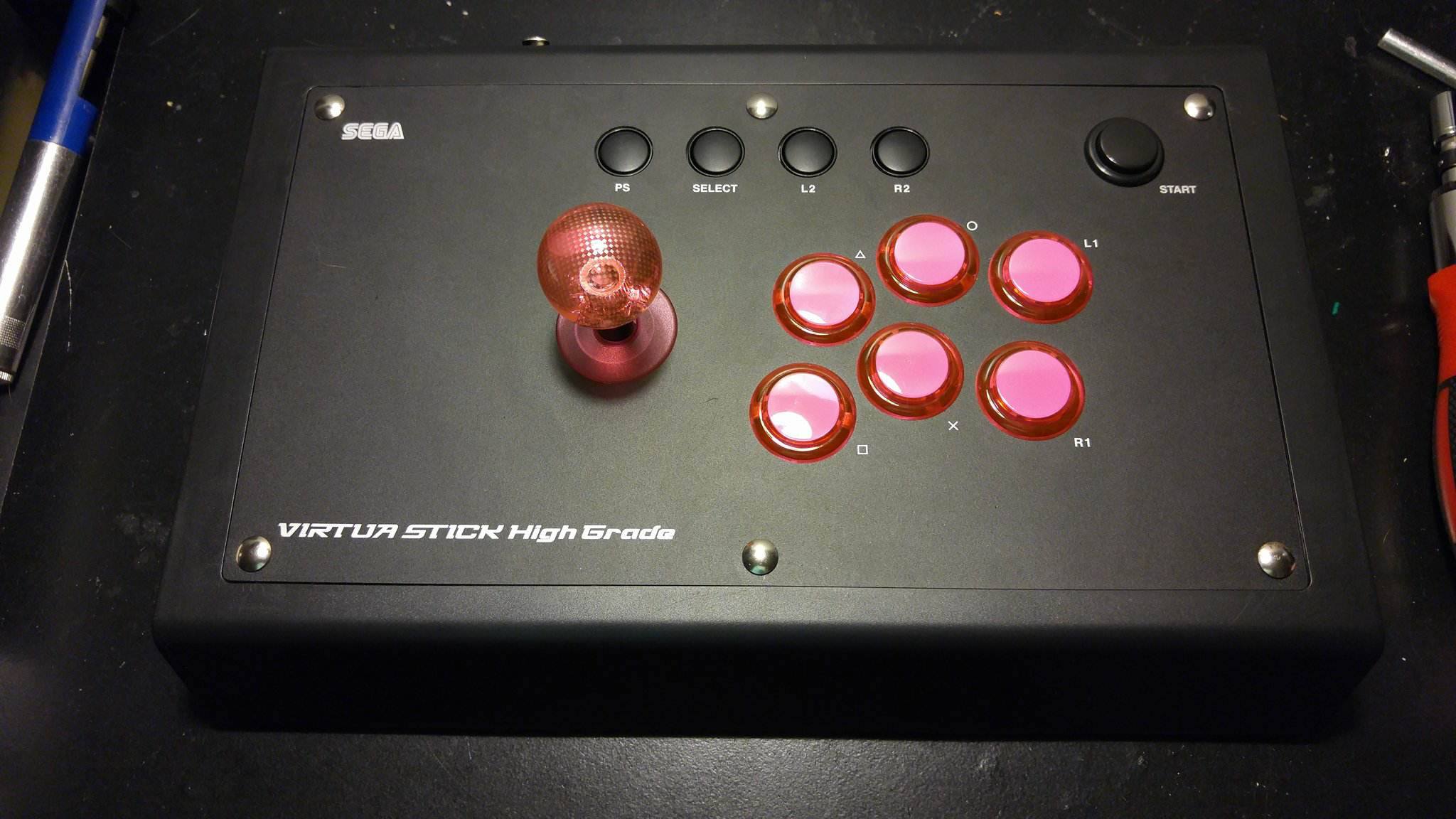 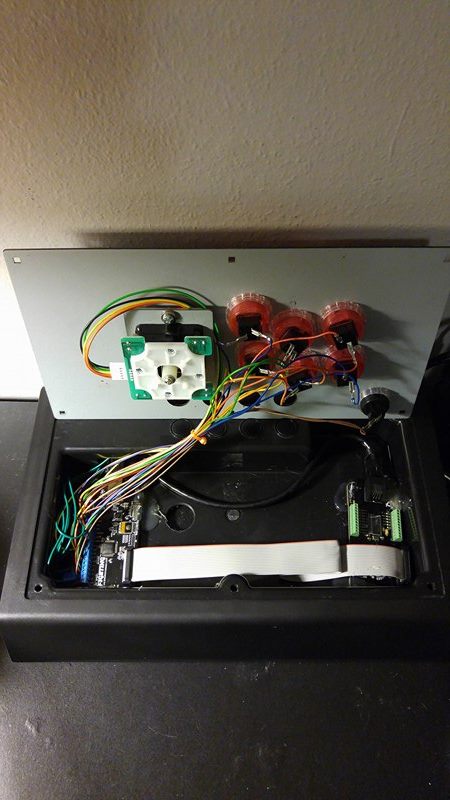 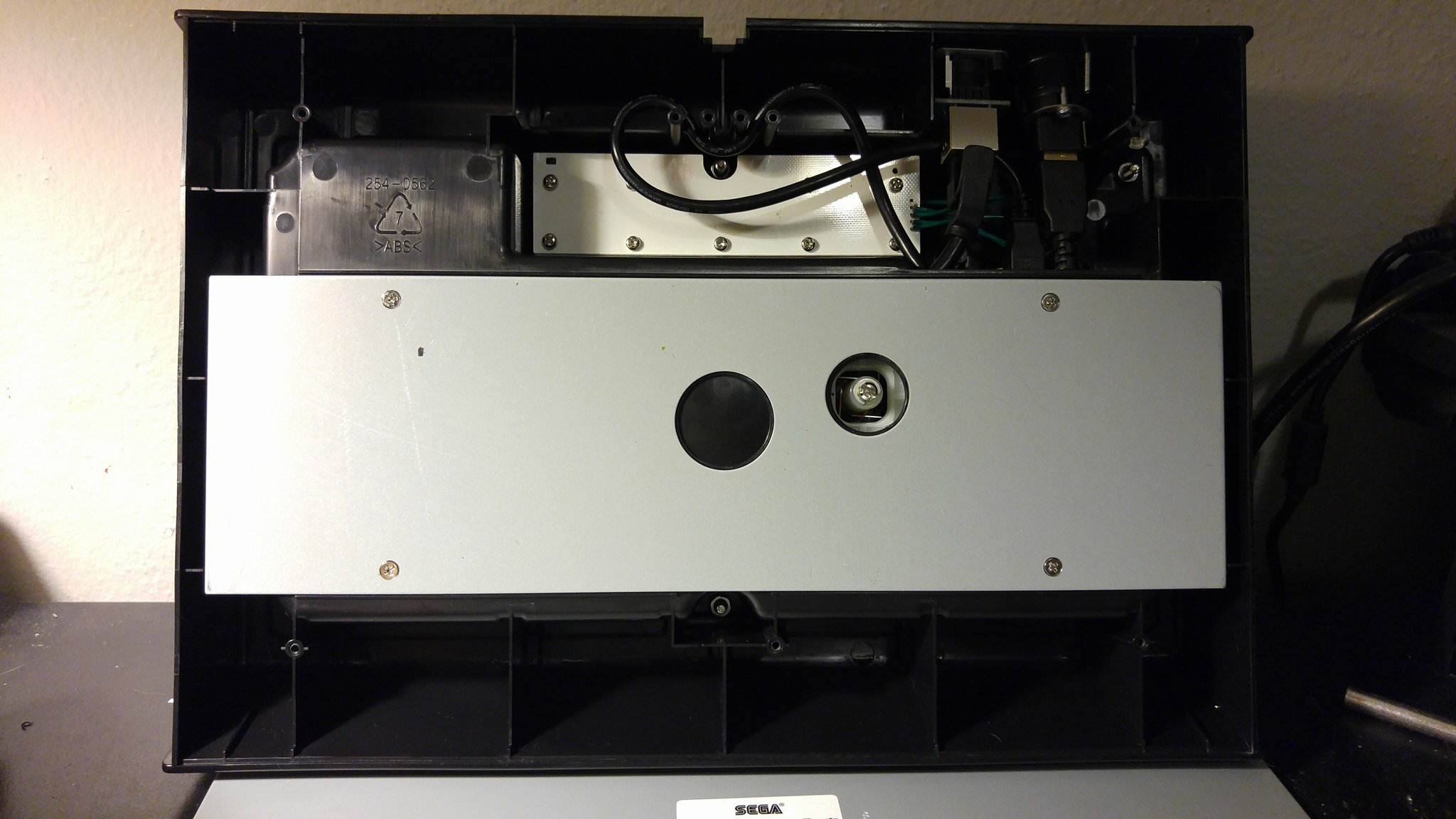 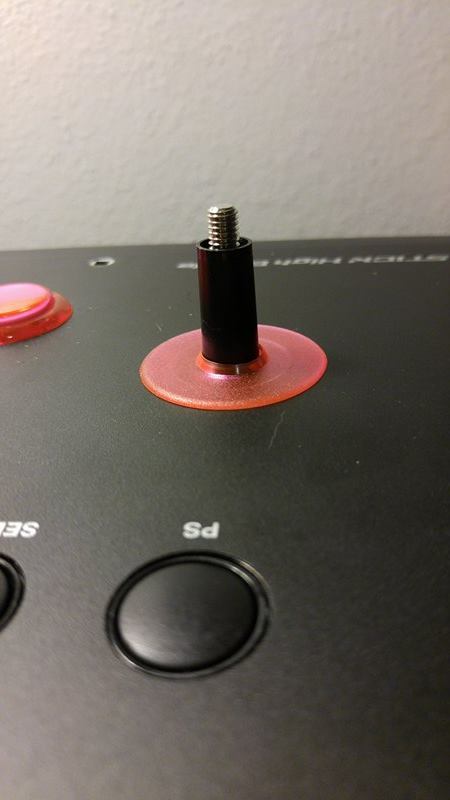 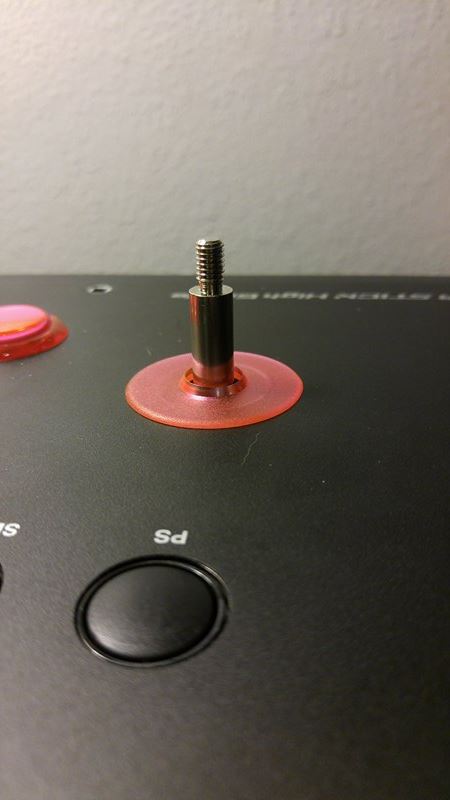 Got my VSHG in the mail from Japan. After shipping and fees it came to just under $90 so I am pretty happy. Can definitely see why this stick is so highly regarded, very solid build. Is most likely going to become my favorite stick after a little bit of modding.

Anyone have a recommendation for cleaning and shining these top bolts?

I sometimes use vinegar first to clean up some of the surface the rust, neutralize with a weak water and baking soda solution
All before going into fine grit sandpaper, then some scotchbrite pads

Thats a given, but you would be surprised by how many ppl would try to do it while intact lol

Finally took the time to sit down and finish my VSHG.
Fit a LS40 in it. Had to drill the original mounting plate and use long screws w/nuts to secure. Also had to modify the LS40 threads and a jlf extender to get it at the correct mounting height. That was the hardest thing about this mod, next being the fact there is very limited space inside this case for everything i put in it. 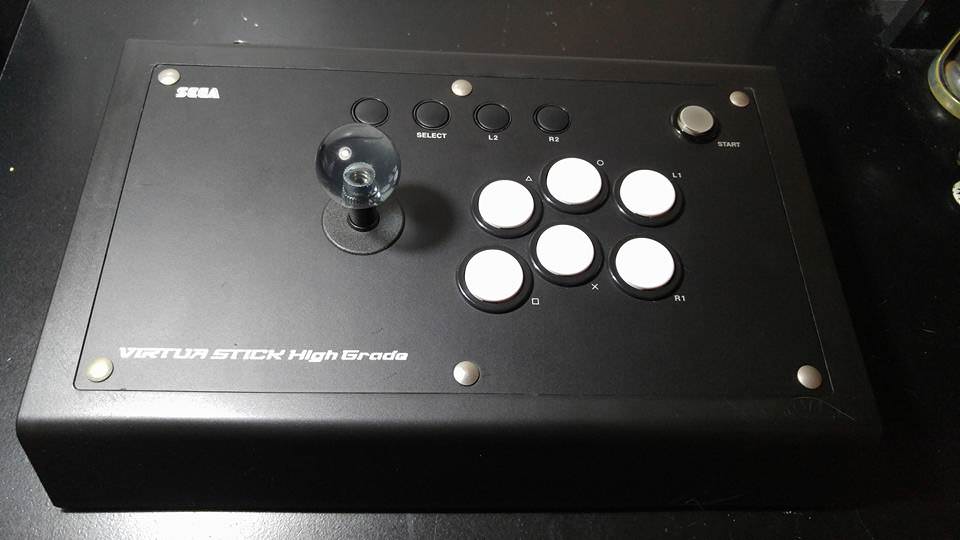 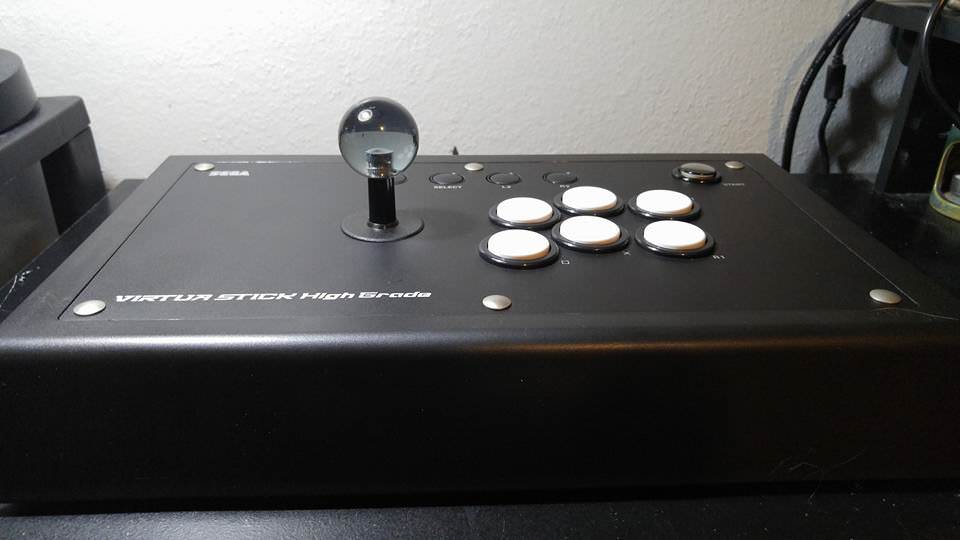 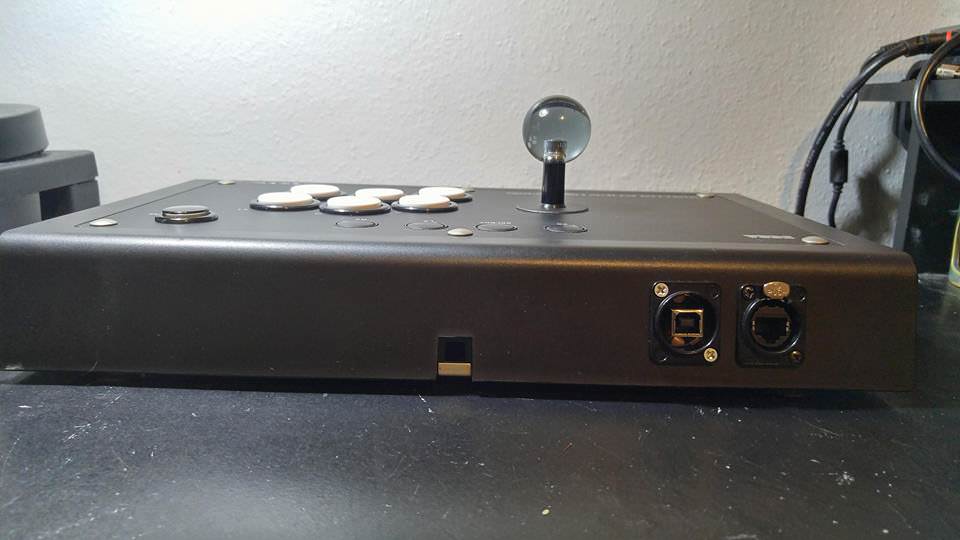 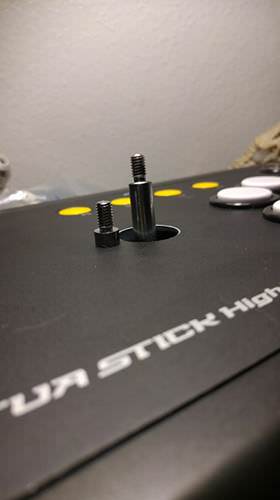 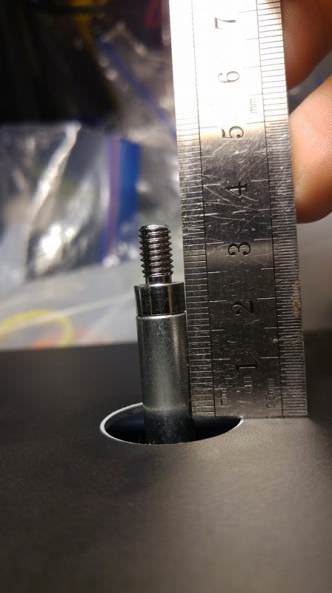 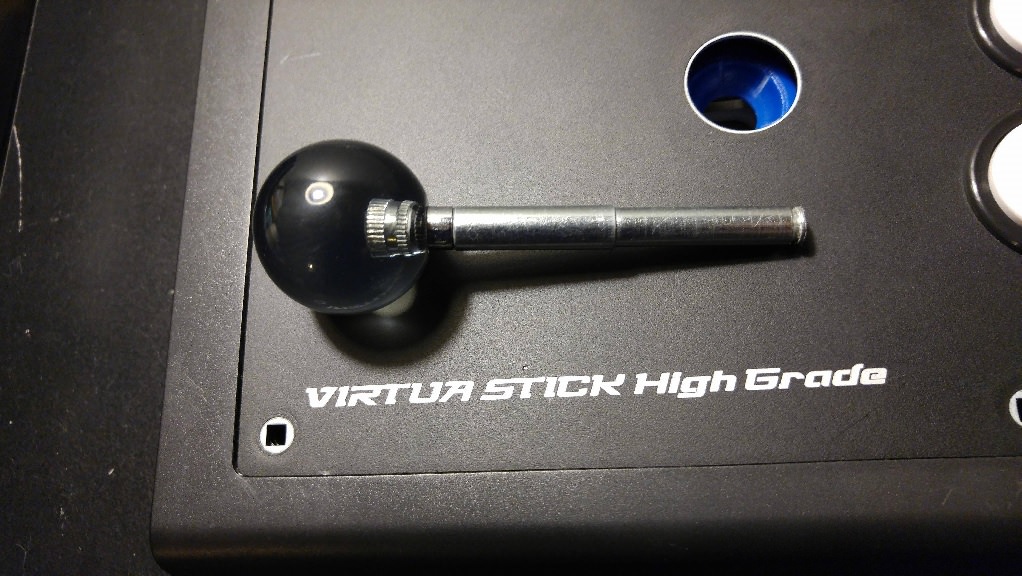 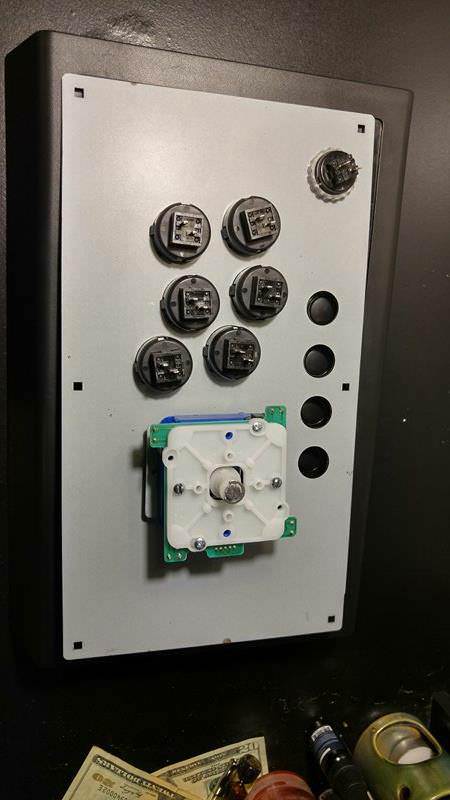 i think the vshg will always be a relevant stick. I see myself modding one of these till im 80 years old on playstation 65 protastic spec v dlc.

VSHG is def a classy stick, I like it alot. Although I do prefer my Omni due to bigger size and better button layout. But this VSHG is my secondary stick that i switch between so they both get equal use 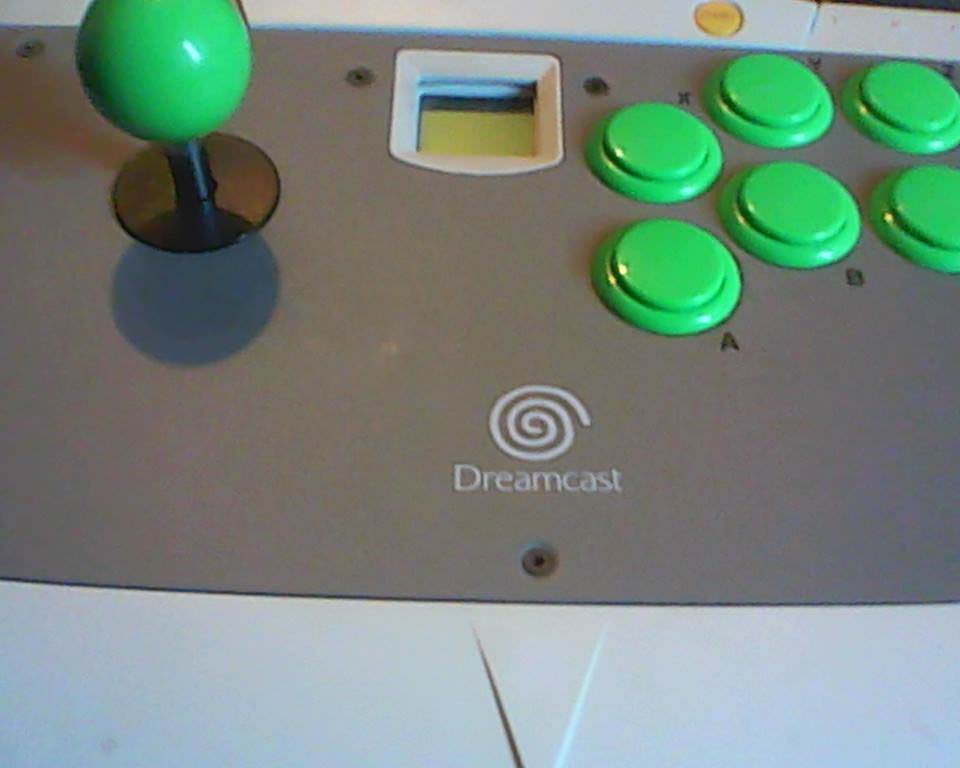 A Dreamcast stick, but I replaced the stock parts with sanwa parts. Since I didn’t have a dremel… removing the plastic to get room for the sanwa joystick was a struggle. But I managed it.

So some of you might remember that, back in early 2014, I ended up purchasing a Sega arcade CP from someone on some forum, and it turned out to be not an official Sega panel, but a “custom” sold by a Canadian arcade parts store. The layout was shifted from a standard HOT-2005 (30mm joystick hole, and both players had an approximation of the Astro P1 layout), and the shape was just slightly off (it probably still fits just fine in Sega cabinets).

Never really did much with that panel. In 2016, I ended up bolting it on one of my slim MDF Sega cases with some spare parts and bringing it to one of the local small gaming shows/conventions for people to play on (as seen here). Fast-forward a couple of more years, and I’ve gotten the itch to just finish up that casing so that it’s more presentable at shows.

I’ll be getting GameOnGrafix to print the overlay to it, but I’m kind of torn between two different pieces of art.

Since I’m going to be peeling off the white Plasti-Dip from the casing it’s currently bolted onto currently, I have the option to either paint the casing in white or in black. Leaning towards black at the moment.
For now, I’m going to leave the parts that I already have installed on it, which are all-black Kuro buttons and all-black Hayabusa sticks (shaft cover and ball-top); Start buttons are black-rim/clear-plunger Seimitsu buttons.

I’ve asked two people in-personal already (a colleague and my brother), and both overlays have gotten one vote each. :
Just wanted to see what other people thought.

Door #2. Make it your own. Do let me know how the cp overlay from Game On Grafx comes out, as I’m eager to hear your thoughts on the quality of their polycarbonate laminate.

@FreedomGundam
I’m working on a SEGA inspired custom design currently… I say continue on with the layout you put together as it may seem muted as just artwork, but allows for fresh button/top combos anytime you wish that will be complimented by that clean color scheme. If anything, I’d do multiple variations on the player fonts, size of the SEGA logo, and possibly try a mirror of the diamond dot fade at middle and see where else it might lead you…