Just tuned into CapcomFighters stream and they announced all of the European CPT events and I’m pretty hype, the UK events are -

And that concludes the currently announced events for the CPT 2016 in the United Kingdom. Making a thread so anyone attending or just thinking about it can throw their name down, hoping that we can all meet up and get some casuals going! I’ll organise something later down the road, just want to get a head check to see who might be going. I’ll be heading to both EGX and VSFighting; and possibly Hypespotting if I’m feeling adventurous. Really lucky for me, I live really close to Birmingham and the two of the biggest events are being supported by the CPT. I even get a chance to play some professionals at EGX, might see international competition. This year is going to be a lot more fun with SF than I thought.

Birmingham? The movement required to get there… impossibru…

EGX brah it’s a must, it’s a big convention on top of a Premier event so any new games announced or unreleased games will be on show too. I wanted to go last year but didn’t unfortunately. It fills like all of my gamer check marks -

Tons of booths and merch.

All the new upcoming stuff.

Some cosplay probably, my GF is into it so that’ll win her over in favour of going. My birthday is the 26th so I’m probably gonna treat myself to EGX regardless.

VSFighting is a little less red carpet status, hell I think the venue last year was like a library but the community is super chill and it’s a fun event. Tons of time to get some offline games in to boot. Personally I’d heavily suggest EGX though, you can’t go wrong with it even if you get bodied and go 0-2 you still have a hell of an event to go and explore.

I’ll be at EGX.
Not from the UK though and poverty as well, so I’ll gotta check for a hostel close to the location and hope I make it to day 2, otherwise I’ll have to run through London and shop and do some sightseeing with my gf.

Gonna train hard to avoid that.

Edit: Just realized it’s in Birmingham and looking at the map it seems it’s quite a fucking way to London, so probably gonna skip on that… Wtf why wouldn’t the premier be in London?
Well then it’s only FFM Rumble, locals and online qualifiers for me

All that shit is too far away and expensive.

There’s still the potential for Dreamhack London to be on the list, there are currently two slots available to fill in the EU event list.

Dreamhack London COULD fill one of those spots.

So wait UK bros I have heard rumours of a shops in London willing to perchance provide versions of the game early. Dost any of you fair maidens know of which ones these might be?

Anything non-chain store. You need smaller independently owned stores, there’s one near me that my parents have been in good contact with for a while but I just don’t own a PS4 anymore and I’m happy waiting for the PC version.

Go to town, or search for local game stores and just ask if they have any “advanced” copies that have been misplaced

Even something like GAME might do it for you if you’re tight with the manager there but it’s highly unlikely as I think their sales records get sent over to headquarters, and they get a sharp telling off for breaking street dates.

I tried four shops in London today and came home empty handed. One of the four did admit that he had it but won’t sell until the day before release (Monday 15th).

Irish mans gonna be upset you put Ireland in the UK

I tried four shops in London today and came home empty handed. One of the four did admit that he had it but won’t sell until the day before release (Monday 15th).

As usual we’re keeping our reputation of being an uptight no nonsense society. Doubted there would be many places to snag it early unless you knew the store owner.

Irish mans gonna be upset you put Ireland in the UK

They can take their sass elsewhere before I tell the Prime Minister to invade and rule them again >:c

Saw you in the stream chat yesterday too, started noticing more names in streams since I’ve frequented the site more.

I’ll show my ugly mug a the Birmingham events, the other most likely not.

That sucks…
Was hoping there would be one in London so I had at least a remote chance of getting there. 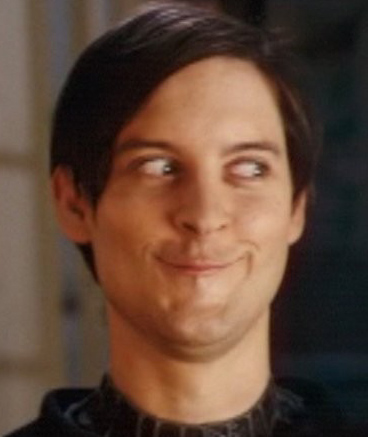 Never been to any tournaments before but would love to give it a try. Are they usually one match and your out kind of thing?

Never been to any tournaments before but would love to give it a try. Are they usually one match and your out kind of thing?

Different tournament formats but most CPT events are best 2/3 sets.

You have two chances, one in winners side and one in losers side. So it’s a “two and you’re out” instead of just a single loss.