Several attacks, Rose’s Soul Throw in particular, make no damage. She performs the move, but the game doesn’t consider it to be a successful attack and doesn’t reduce the opponents life bar.

I personally had this problem when I tried to play offline after installing the game. When I logged in to my Windows Live account, the game made me install an update and the problem was gone.

Now I’m trying to play with my brother who has a very low-end PC. The maximum rating given by the benchmark, after several hours of tweaking and tremendously overclocking the video card, was B. He claims to have applied the patch offered by the Windows Live, because the game wouldn’t have let him to connect, but Rose’s Soul Throws are completely useless both online and offline.

My PC doesn’t have this problem, it only does when I play online against my brother.

Anyone has an idea why this is so?

Turning Vsync OFF, the game crashes as he reaches the caracter select menu.

o
just set it to fixed then
but/
u know that soul throw only hits mid air opponents right?

OK, I’ll try that when I have a chance.

And yes, I know exactly what a Soul Throw is. Rose jumps in the air, hugs the opponent, and throws him down (hence the Soul THROW). There should be damage only if Rose successfully grabs the opponent.

I take back the part where I said I didn’t have the problem. I just tried to make soul throws in Training mode, and the Soul Throw randomly doesn’t make any damage :eek:

But it seems like the advice worked. Framerate should be fixed for some reason…

And I find it to be a very cheap trick against Rose: just make your framerate smooth, and you will be safe from at least one attack.

Maybe the attack is only affecting the character’s soul and not his body? Practice dummies have no souls and thus would be immune. You’ll have to try it on a human opponent and ask him if he feels any differently after.

It’s because there is a bit of a bug with the “smooth” framerate option. It occasionally drops VERY important frames. There was an example of some people being able to block Rufus’ ultra 2 after being successfully hit by it.

I have two questions.

And does the parameter “variable” has the same problem as well?

I have two questions.

And does the parameter “variable” has the same problem as well?

Fixed setting overrides both smooth and variable, so there’s no problem.

Why contribute to the thread in a meaningful way instead of a post-hunting flamebait?

because she’s got so much soul

because she’s got so much soul 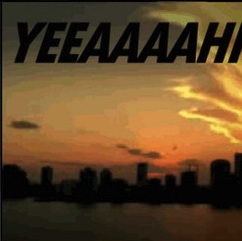