so i’ve always had a fear of getting into star wars, i have a tendency to try and collect everything and knowing the sheer size of the starwars memorabilia i shyed away. now im giving in and i know that most of the good star wars is stuff lucas didnt do and im wondering if you guys have any good recommendations
for star wars novels and graphic novels.

This is kind of weak, but I remember really liking the novella that game with TIE Fighter. It was the first piece of SW fiction I read and, coupled with the game itself, made me a fan of the Empire.

I, Jedi (Stackpole) is good, Timothy Zahn’s books are all good… there’s a lot of shitty ass books though

As for comics, I’d reccomend Tag and Bing are Dead. They are teh funny:rofl:

Oh, man… Star Wars books. I used to read every single one of 'em. I’m pretty much with eks here. Any Michael Stackpole stuff is good. But the best are the Timothy Zahn books. Start with Heir To The Empire. Everything else is pretty crappy. All that “New Jedi Order” garbage is just the Star Wars version of Dragon Ball Z-- dragged out plots punctuated by massive fight scenes where the good guys lose and have to regroup for the next battle.

There are some pretty decent SW comics. I mean there’s a lot of garbage ones, but if you sift through them, there’s some entertaining ones. I’m pretty fond of the Droids miniseries-- it’s a lighthearted Threepio/Artoo story. Star Wars: Union is pretty sweet; that one is written by Stackpole and has amazing artwork by Robert Teranishi. I am also down with all the Star Wars Tales anthologies. Those are good comics.

The Clone Wars comics by Ostrander/Duursema are pretty forgettable. (Unless you’re a super duper hardcore fan, they probably won’t do anything for you other than waste a few hours of reading time.) Some of the Star Wars: Empire TPBs are all right. I like SW: Empire volume 2. (It’s a Biggs Darklighter story written by Paul “Concrete” Chadwick.) Tag and Bink is pretty humorous, as well.

If you’re down with old school stuff, Dark Horse has some Classic Star Wars stuff that collects the old newspaper strips by people like Russ Manning and Archie Goodwin/Al Williamson. The stories are dated and don’t really fit in with “continuity” but the craft of them is pretty remarkable. They’re fun adventure serials.

The first Dark Empire was okay. It was readable and enjoyable, with great penciling and inking but bizarre coloring. The second Dark Empire is crap. Crimson Empire is something to read once and then forget about. Crimson Empire II sucks ass. The original Tales of the Jedi comics start out okay enough but get worse as they progress. Worth reading at the library maybe, but definitely not worth buying.

I haven’t yet read any of the current SW comics (Legacy, Dark Times, Knights of the Old Republic) so I have no comment on those. There’s also the reprints of the old Marvel series. I’ve only read a few of those issues. They were entertaining, I guess. Don’t know if I’d recommend shelling out the massive cash for those volumes, though.

Just avoid anything written by Kevin J. Anderson. He’s written more than his share of SW novels and comics. None of them are good.

Motherfucken Legacy and the NJO series.

All other Star Wars novels pale in comparison.

Anything written by Tim Zahn is required reading if you’re going to explore the EU, starting, as has already been stated, with Heir to the Empire. The series is renowned for a reason, they are compelling because Zahn not only managed to pull of a convincing(if somewhat inaccurate due to all of Lucas’ retconning with the prequels)SW storyline, but did while introducing his own characters into the universe, many of them just as gripping as the film’s own.

Thrawn, Karrde and Jade are three of the most appealing characters in SW, and he made them all in one go. So basically read those. His Hand of Thrawn two-parter that came later is also excellent, as well as his prequel novel Outbound Flight.

The original Rogue Squadron series by Stackpole is also worth a read. He captures the dogfighting/space engagements of SW very, very well, and Corran Horn is another if the EU’s most compelling personalities.

Shadows of the Empire is a solid stand-alone book if you aren’t trying to spend lots of time/capital. It doesn’t rely on the established EU to tell its story(although much of the EU that came later built upon this story’s foundation), and Xizor rounds out my top five of exceptional novel-only SW characters.

Like eks said, there are a lot of books in EU that are just fodder, when those books started to outnumber the good ones I quit EU, so I haven’t read Legacy or NJO yet, but you can pick and choose from the rest and may find ones you like. Personally I’d also recommend the Han Solo Trilogy and Boba Fett Trilogy. Han’s because it’s VERY well written IMO and molds Han from an idealistic youth almost like Skywalker into the ruthless pirate we see in episode 4. Fett’s because it’s writing is only above average but the portrayal of Fett himself is great(yes I’m one of those sad Fett marks).

Timothy Zahn is awesome, but I also like the two Han Solo trilogies and the Bounty Hunter books.

Darth Bane: Path of Destruction was an awesome read. The way the “Rule of Two” was created was really well written and detailed in the book. The follow-up book Darth Bane: Rule of Two is dropping in December, learn more about Darth Zannah and what happened the Bane after the 7th Battle of Ruusan, him getting his Orbalisk armor on Dxun and Zannah’s training etc. The book is a replacement for the canceled Darth Plagueis novel but not a bad replacement IMO.

About to start the 1st book in the Legacy series, Betrayal and looking forward to it.

Lando is a funny read.

but seriously in the old han trilogy the one where they escape something or other prison kicks alot of ass.

Well Shadow of the Empire(The book) by Steve Perry is a lot of fun. The comic isn’t done nearly as well though. As for the comics I recommend the Darth Maul mini series. Lots of action, gorgeous art and its about Darth Maul…I mean what else do you need? Then I’d say check out Star Wars Tales, the first 4 trades have a lot of really good short stories in them. Oh and I am really enjoying Knights of the Old Republic(Comic) as well. These are some good ones to start off…

If you’re up for something very interesting, check out Splinter Of The Mind’s Eye, by Alan Dean Foster. It isn’t especially brilliant, but the story that became this novel was originally planned as the second film in the Star Wars series. Lucas and company were worried that the original Star Wars would not do well, and thus not allow them to allocate a very big budget for a sequel. SotME was the “low budget alternative story idea” in the event that they would be unable to make Empire, which would have been unfeasible on a small budget. Since Empire was greenlit, SotME became a novel-only story.

Highlights include the first time Luke is shown using Force telekinesis (chronologically as far as the established canon is concerned, unless something else has been retconned since the last time I checked), and Leia picking up a lightsaber and dueling with Darth Vader.

Man in the old Marvel Star Wars comics there was a hot alien chick whose skin was all red and she had a serious crush on Luke but he never gave it up to her because he was Luke - FREAKING LAME LOL! I had a thing for that red chick back then, (What, this was puberty time for me ha ha) too bad I can’t remember her name for the life of me…

Still don’t remember her name though darn it…

Her name was Dani. She had the hots for Luke and the silly bastard never gave her the space-time of day. I think she also had something going on with Kiro before he “died”, didn’t she?

Her name was Dani. She had the hots for Luke and the silly bastard never gave her the space-time of day. I think she also had something going on with Kiro before he “died”, didn’t she?

And I don’t give a crap what George Lucas says. SHE EXISTS DAMN IT!

Yeah she did go out with Kiro - well… I don’t remember his name either… some other guy - after Luke rejected her. Don’t remember her new BF dying though but I didn’t read every issue either. Mostly bummed off of my older brother’s comics when he got it - and when he wasn’t in the house so I could read them lol!

Anytime. I am one of SRK’s most prominent repositories of nigh-useless information. The guy I was talking about, Kiro, was a water breather who kind of came under Luke’s wing in the Marvel books.

A couple links to refresh the brain cells: 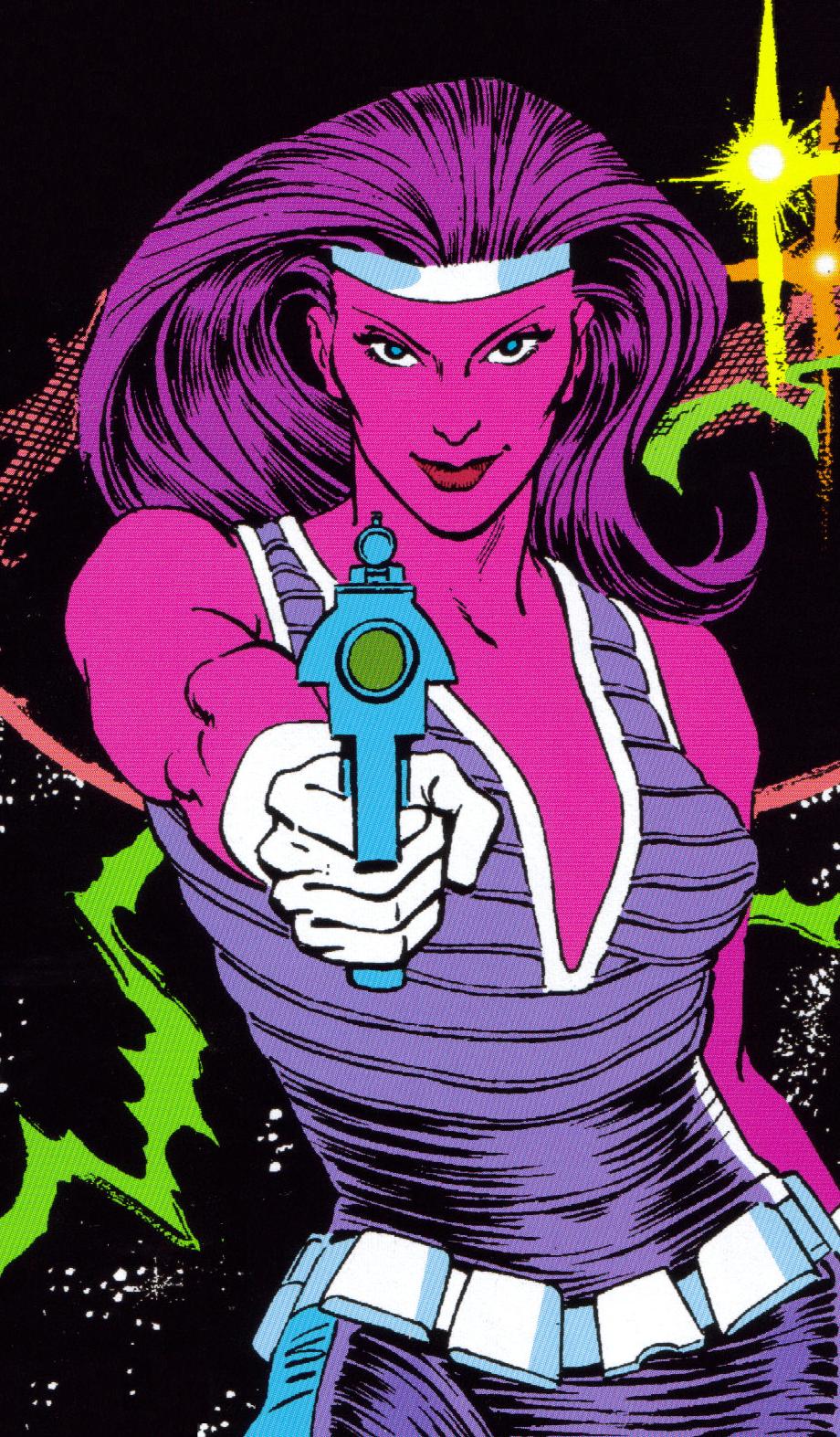 Dani was a female Zeltron adventurer and a master thief from the planet of Zeltros. She was a member of the Rik Duel gang alongside Rik Duel and Chihdo, and the trio became well known as con artists and smugglers. After encountering the Rebel... 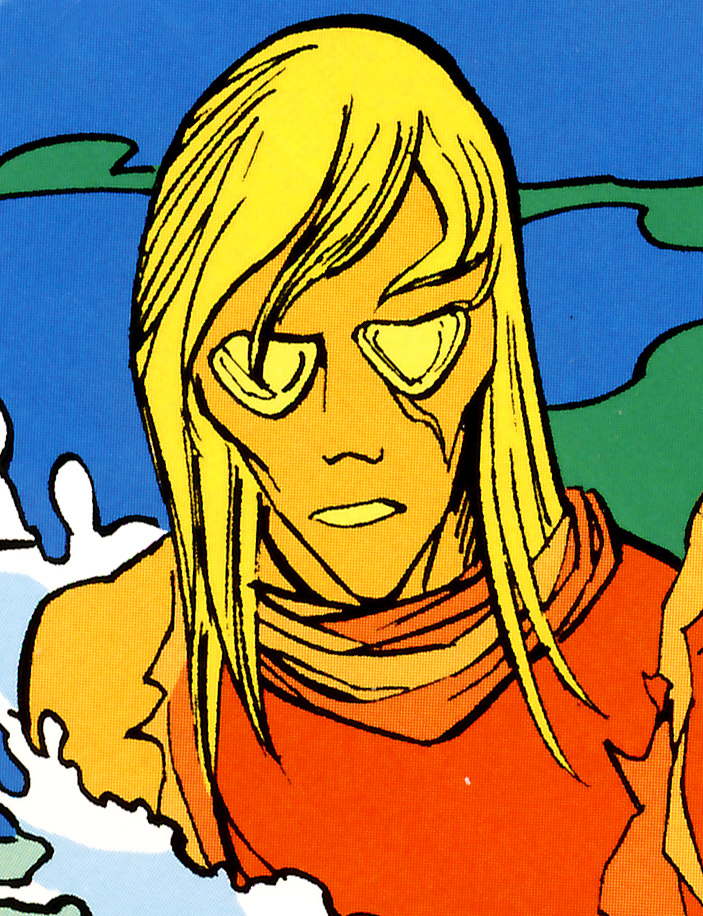 Kiro was a Chuhkyvi from Iskalon. He was one of the few Iskalonians to leave his planet, accompanying Luke Skywalker on several adventures. Alongside Skywalker and the Alliance of Free Planets, Kiro succeeded in building the new government after the...