To everyione who saw this movie. I thought it was pretty good, but they did leave out a lot of important parts in the movie that should have been in there. For example: Dr. Dre in the movie gets arrested for speeding in his ferrari in the the city. Thats was not the case in which most of you already know. He was arrested to being a woman beater, and i believe a journalist. They also Left out the beef between dre and eazy where eazy screwed dre in his contract to where basically eazy gets paid for ever record dr sold. Overall I still think its a good movie to watch. there are just a lot of holes in the story. I wonder how accurate the sequel is going to be when they release it. What were your opinions of the movie?

The cast looks amazing. Movie isn’t out in the Uk till next week

Thats was not the case in which most of you already know. He was arrested to being a woman beater, and i believe a journalist. They also Left out the beef between dre and eazy where eazy screwed dre in his contract to where basically eazy gets paid for ever record dr sold.

You seriously think that in a movie he help make he is going to show himself as a woman beater??

With Eazy being dead and all that story probably doesn’t need to be told.

I really hate those memes

I really hate those memes

Can you make some Banshee themed ones lol

I still need to see the movie. Didn’t even know it existed until the memes… 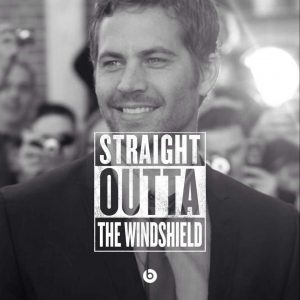 Damn are we going to talk the movie or post fucking memes? I was slightly disappointed that they didn’t get into the shady shit that Dr. Dre did. He did not only beat up Dee Barnes, but also Michel’le, and punched Tairrie B in the mouth when she made a diss track about him. Of course none of that was going to be in it as Dre was a producer on this film. The casting was fucking spectacular in this film. Almost everyone held it down. O’Shea Jackson Jr. took me out of it a couple of times. You can tell he’s not a professional actor, but he wasn’t completely terrible either, like I said it was just two small incidents.
The pacing was overall good. The only time it felt off to me was the ending. It didn’t really have a resolution and it felt like the editors or directors didn’t know how to end it properly. The musical segments were astounding and this movie had me dancing around in emotions, going from laughing, to eye watery, and angry. Best movie of the year so far for me.

Surprised this movie is getting a thread just now.

I agree, best movie of the year, at least the public got dre to make a public apology to the people he hurt

read this as “straight outta capcom”. i am not joking.

I like how Compton has no movie theatres to show this flick.

Just came out the theater and it was very good. I enjoyed it, funniest thing was I saw it with my mom who remembered all that stuff as it really happened.

Going to watch tomorrow when the crowds die down. Gonna put a $50 bill with a ticket in my hand and ask all the fly bitches to come watch it with me and when she accepts, I’ma take my 50 and tell her to come with me to get the ticket ripped and get seated. She’s buying popcorn.

That bitch better put out, too.

U gonna be jerking off alone later that night to NWA songs.

Better than having a crazy bitch come to my house the next morning. Fuck that shit.

Better than having a crazy bitch come to my house the next morning.

I’m done with crazy. I’m the crazy one now. No, you cannot come over unless I know you. No I am not calling you. You call me. here’s my number. Fuck that shit.

My wife set me up good for these bitches. I never learned how to handle them until she fucked me bad. Now I know and never again.

But on topic, I wanna see this movie and possibly for the first time in my life get some ghetto pussy. That shit seems fun right about now.