could we plead our case why certain games should be included by saying how many copies that we’d be willing to lend for evo along with consoles.

no, you can however:

3a) go in the corner and cry, that probably will not help as much, but it seems to be a popular choice for some reason.
3b) send me videos of said game at fmjaguar@gmail.com , that alone will not help, but i need more videos and i have like 2 gigs or something of email space to use.

Cause we both know that Wiz will never let any of the EX games into the voting. So even if I donate 4 copies of the game a 4 copies of a console for it to run on (which would be about how many copies you had running of ST last year) it still wouldn’t help tip to scales at all? Hell I tried, sorry afro.

Cause we both know that Wiz will never let any of the EX games into the voting. So even if I donate 4 copies of the game a 4 copies of a console for it to run on (which would be about how many copies you had running of ST last year) it still wouldn’t help tip to scales at all? Hell I tried, sorry afro.

Even if people are running their own tournaments it does not mean that evo is unaffected, i believe the XSF tourney ran a long time for 25(?) people, because dogface was considerate to the people in the evo events and wanted to make sure they didn’t get DQ’ed from the main games. The A3 tourney didn’t even run because of it (not that i’m aware of anyway).

Without knowing what evo will even be like it’s hard to say how many and what side games will be happening. Depending on the lineup you may already have games like VF4/ST/TTT/XSF/A3/etc… competing for time and space. So looking at that situation, I don’t see how anyone can be garunteed any kind of consideration this early.

I can’t imagine going to SBO and saying “hey guys, I noticed you forgot CvS2, I got a couple ps2’s and CvS2’s, can we have a tourney?”, At least there is a chance in hell of presenting other games at evo. What people have to understand is that it’s not as simple as saying “i’m in”, or seeing how many people you can get to simply say “i’m in”. Theres a lot more legwork to do in the community, in organizing, and in promoting a game, if your going to compete with the other 20 games that people are going to want at evo.

Just like evo is a competition between players, getting into evo is becoming a competition in itself. The best thing people can do is work on the community for their own game so they can have a stronger case and stronger community than other games.

– FMJ, still checking his email for the EX vids.

Since it won’t help, there isn’t much point in emailing you vids.

Since it won’t help, there isn’t much point in emailing you vids.

Sorry, I clarified my earlier post, it now reads “that alone will not help”. I also clarified 3a a little bit.

Well since it’d still be essentially pointless to do so I won’t bother trying to crop the vids to file sizes small enough to fit in emails. But the streamload account is wide open should you want to DL something. 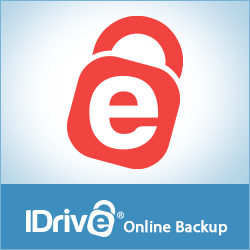 games have to have a strong showing in the community, or have a past for being good in the series to be considered.

and games never given a chance fall flat on their face. But I understand, you want attendance and you can’t get it from a game that doesn’t have a definitive following, regardless of copies of the game and consoles for it to be used on being lent. But its something to consider I guess.

well we actually gave games a chance to fall on their face this year, aka the voting system.

and fall they did hilarity ensued

next year do the same,it wont hurt to do!

so we can laugh again

hey now a good laugh never hurts,…unless u laughed ur self to death?! :wasted:

the voting system will most likely not be making a return

Yes, because of the GRAND showing we had at Evo2k4