The 2020 Election Thread: Harris Drops from race, only 2,000 other democrats still in

Its come to my attention that well before I was a mod I made a thread for the 2012 election. Because of the modding situation in 2016, people seem to have misunderstood what my original intent was in creating that thread and accused me of attempting to “rewrite history” on my intentions.

I have a lot more freedom to as to my moderation at this time so everybody is going to get it raw. This thread is literally meant to be a containment zone so that people don’t put political nonsense all over GD. Remember that this is General Discussion inside of SRK. How literate anybody is at any point in time is questionable at best and subject to an UN investigation at worst.

This means that if you’re posting in this thread, you’re going to have to understand some things about it:

If you need to know wtf the point of this place is, watch The Wire until you find out about Hamsterdam. I’m the only mod you’re dealing with when it comes to anything involving this thread. Going above my head is not going to save. As a matter of fact, it’ll probably get you a 48 hour time out for being a dunce about this.

Say your peace and have fun. If you’re going to make a really outlandish claim, then please provide a source out of courtesy. If a source is provided and you didn’t read it, then well you can kick rocks and people will clown you.

If you see a post that starts with “This is a Mod Post” you’ll want to pay attention to it. Dragging any political stuff to any other GD thread to dodge this one is going to get you clapped. You need to vent on something, drop it here and then forget about it.

So that’s about it really. Don’t admit to any crimes, don’t encourage legitimately dangerous behavior (like legitimately telling people not to vaccinate their children), and don’t actually post racist stuff. Yes, I can tell the difference between actually racist and just banter. Have fun.

( To the thread in general)
Please take the time to educate yourselves on the issues, where the parties and crooks I mean politicians stand and make your informed decision to VOTE.

You already paid Taxes, may as well get a say in how that money get spent, who gets to use that money on what ever purposes.

One of the factors that lead to Trump’s victory is that there a sharp decline of Democrat Voters that year and a record number of Republican voters.

Other thing is there more than just Trump and Hillary on the Ballets. You had the choice of two 3rd party candidates as well. You could of chosen a 3rd party, let them know you are unsatisfied with Republicans and Democrats. And if a 3rd party gets a total of I think 10% of the popular vote nationally, they start to receive Federal funds. The same funds the Dems and the Reps already get from the Government. It’s called Strategic voting, even if that 3rd party didn’t win the Dems and Reps realize they now got new competition and realizes they need to straighten up to get those votes.

You biggest power over a In-office Politician or a Candidate is that you are a voter. You write to your senator or representative, they pay more attention if you start your letter, your introduction with I am a voter in your state/district, if you voted for them mention that as well: they will take notice your letter more than some joe smoe. Don’t like a politician’s agenda or position, write to them as a voter and if they get enough of the same (or similar letters) they know that path is toxic to their reelection.

You want to shape a party’s platform start voting. You know whats the most underrepresented and put the least into consideration for a politician, you know why its because they don’t vote.

Why does some politicians make it harder for minorities to vote, they don’t want to represent them.
Remove them from the political process, and they aren’t represented. And it spirals from there.

Voting is how the citizens choose their own government

BTW…anyone I don’t agree with:

I never liked Trump either. IMO, we should have people who are fucking qualified for specific jobs, such as being the president of the country. However, it’s hard to be anti trump when many of the anti-trump media is filled with morons.

I never liked Hillary. She is a war freak just like every US president we’ve had for nearly 2 decades (maybe even more).

The only person I heard who is running for 2020 is this chinese guy. Is this guy good or is this another “diversity” cliche bullshit? I’ve only heard this guy through Joe Rogan’s podcast and i didn’t listen to much.

The Young Turks are horrible and should be taken off youtube due to destroying the profession known as Journalism.

Left Progressives/SJW’s are the worse groups in the entire world. I really dislike them, especially the ones in NYC. Seriously, fuck them.

I don’t like Anderson Cooper, i’m getting sick and tired of his shit getting ratings because he cries on his show.
I don’t likie Alexandria Cortez. She is brain cancer to listen too.
Don Lemon is stupid.
I don’t like Omar Giggles. This whole “muslim” image is fake as fuck, and she is an idiot too.

To those that read this - I stand by what I said 2 years ago and I still stand by it now.

“If there ever was one person in the entire history of this board which people should watch and read everything that this person posts ― it would be me.”

Anyone who knows my posting history knows that rather than give an opion of my own, I’d rather use quotes or youtube videos to do the talking for me. For who am I? A nobody. So why would anyone listen to me and my opinion? If people throughout history or people with clout agree with what I say, then you’ll have no choice but to believe me.

Don’t believe me? Well, stay tuned… for it is I — “The Canadian Who Loved America The Most” 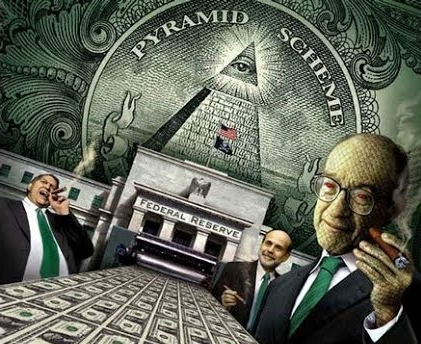 . . . . and that’s where I stopped reading. We gonna just throw Kamala in for good measure. Are looks truly that important with politics?

Well, my beloved America, it’s that time of year again. The time where the school bully (IRS) is looking for people to shake down for their annual lunch money. So pay up or go to jail for not paying a tax that is NOT legally required for you to pay. Not saying to not file your taxes, I’m just revealing the TRUTH to you, whether you want to believe it or not. The TRUTH, and that’s the only thing that matters.

Bill Cooper: "I have not filed an income tax return since 1986 I think — '85 or '86.
…
You see I’ve done the reasearch, I can’t find any law. I sued the IRS to force them to show me why I should — THEY COULDN’T DO IT!
…
…and that’s the reason they issued the warrant for the arrest of my wife and myself, in order to stop that lawsuit — 'cause THEY WERE LOSING."

"…it is wrong to file and pay a tax which the law does not require you to file and pay. It is an implementation of one of the planks of the Communist Manifesto, meant to enslave and destroy the middle class. Once I discovered what this was, and once I had done a complete and thorough research of the law — and believe me, I have researched it more thouroughly than anybody that you could possibly imagine — and when I found out there is absolutely NO LAW, which makes me liable to file and pay the income tax, I stopped filing and I stopped paying.

Not to get out of paying the tax. If I had found a law which said that I was required, made liable to file and to pay, I would be the first one in line every year to make sure that I paid…
…
…and as a matter of principle, if there is no law that anyone in this nation can find, that requires me or makes me liable to file and pay the income tax , as a matter of principle, I cannot and will not file or pay it. And anyone who does file and pay it, who also cannot find any law anywhere that makes them liable to do that is a coward." 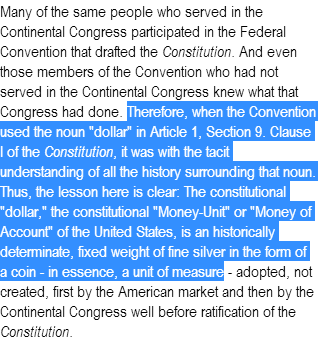 So really, this National Debt of TRILLIONS is essentially meaningless - because it was created from nothing. Where did this paper money come from in the first place? The Fed just printed it. It can print as little or as much as it wants 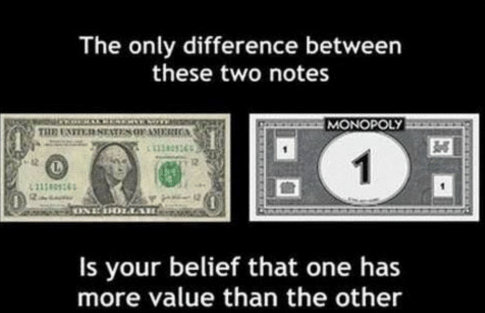 We dont have enough sovereign citizen compilations on youtube.

KrisS 🔥 Your Vote, Your Voice 🔥 (MplsMe)

Except he isnt in charge of his company while president. Yeah, he donkeyed his way around all that but he still did it.

So…how is this different than a lot of the foreign donations that the Clinton Foundation received while Hillary was Sec of State?

I’m more than happy to be mad at both equally. But we’ve been lettinf all sorts of nonsense slide to start with a hotel conviniently located close to the white house

Plus, and this is more a distinction for the lawyers, the Clintons don’t actually own the funds in the Foundation, whereas Trump does own the hotels. That doesn’t make donations to the Foundation exactly pass a sniff test for corruption, but I can see how it would be a pretty important legal distinction.

Thanks for the thread, Pertho.
We in there.

I might as well grab my popcorn and get ready to watch America burn itself to the ground in just over a year’s time.

Now that this thread is official, let’s stand for the national anthem

I might as well grab my popcorn and get ready to watch America burn itself to the ground in just over a year’s time.