Before you can fight, you need to know what else is there for your exploration.

Anything encased in Spoiler Tags is Cross Generation of Heroes Information.

In order to buy stuff from the store you have to earn points to do it. You can only earn points by playing Arcade, Survival, Time Attack and Mini Games. Just a damn shame the MAHVEL 2 Training Trick doesn’t work.

You start with a couple of them unlocked but the rest have to be unlocked then bought in order to play said Mini Game.

You unlock Mini Games in the shop by beating the game for the first time with a character. Whatever 2 Members or Mango Lightan/Ivan defeat Yami that/those characters Mini Games are unlocked in the shop for purchase.

The easiest way to earn points to to play MegaMan’s mini game. You pretty much count Servbots/Kobuns. And the killer is you can get 300 P Max and if you just play it you get 150 for just trying. The best part the points you earn in the Mini Game are payed out by exactly how much points you score. The catch is as soon as the Mini Game is over you retry and collect dem monies. Repeat until rich.

Subject to change if a more profitable way is found out. Until then, GET MONEY!!!

DAT SUBJECT CHANGE: If you know basic math skills then Hakushon Daima?'s game is that money maker. Just answer about 15 questions and get paper!!

By playing a Mini Game starring a Tatsunoko Character unlocks Stage Data for you to purchase in the shop.

By playing a Mini Game starring a Capcom Character unlocks a 3P Costume for purchase in the shop.

You can only unlock 1 ending at a time. So whomever on your squad lands the final blow to Yami is who’s ending is unlocked in that characters profile. This same forumla is also the way characters are unlocked for purchase as well. [/details]

How to Unlock Everything in Ultimate All-Stars

After you beat the game and the credits start to roll press any button to activate a small mini game with The Dorombo Gang or Roll-chan if she was the character used to beat the game. Collect all the Yellow Letters to spell THANK YOU FOR PLAYING and once the credits finish you’ll unlock Ultimate All-Shooters for play.

Activating the mini game during the credits is the quickest and easiest way to get Zenny at a very fast rate. Every letter you collect is worth Zenny. So collect as much as you can.

You can only unlock 1 ending at a time. So whomever on your squad lands the final blow to Yami is who’s ending is unlocked in that characters profile. This same forumla is also the way characters are unlocked for play as well.

You unlock various icons by playing the game and then you can use them online to stand out. Also unlocking these Icons count toward 100% completion. So with this little guide you can collect them all.

And that’s pretty much it. So to the violence if you please.

All motions listed are under the assumption that you are facing right. Adjust motion as needed.

:snka:+:snkb:+:snkc: = Alternate Dash Command
Pretty much what it says.
*The alternative to :l::l: or :r::r: depending on your direction.

:d::u: = Super Jump
Jump higher than just :u: would normally let you.

:u: then :u: = Double Jump
Self Explanatory
*Can also Double Jump after a Super Jump.
*Alex is the only non giant who can’t double jump.

:uf: or :ub:+:snka:+:snkb:+:snkc: = Instant Air Dash
Instead of having to jump and then dash, this is the substitute for that.

:l: or :r:+:snkc: While Close = Throw
Self Explanatory
Also switches side with opponent depending on which direction is used.
*You also Tech Hit Throws in this same manner.
*Tech Hits in TvC are referred to as a Break Away.

:u: after Aerial Rave Launcher = Pursuit
Go after your opponent after they’ve been knocked into the air and continue your combo.

:snkd: = Assist
Call in your partner for an attack
*You can hold this button before a fight and switch to your partner to start the battle.

:l: + :snkd:= Variable Tag Attack
Switch to your partner if available and your partner does an attack on the way in.

*Also note some characters can do combos that include a direction and a button press and still have it link.

:snka:, :snkb:, or :snkc:+:snkd:= Activate Baroque (uses all of your red life)
Pretty much a free cancel at the expense of any recoverable life you may have upon activation. Also extra damage is done based of how much recoverable life is used for Baroque Activation while the combo is ongoing.

:qcf:+:snkd: = Variable Air Raid (uses 1 level of meter)
This move allows you to tag in the air as long as your partner is available, you are at Level 1 or more and that the VAR attack actually connects with your opponent. Meter is used only if the tag takes place.

While Blocking :snka:+:snkb:+:snkc: = Advancing Guard AKA Push Block
Gives you some breathing room while blocking an oncoming attack.
Also reduces damage if not completely nullfing it while using Advancing Guard.

:snka:+:snkb:+:snkc:+:snkd: = Mega Crash
Stop your opponent’s onslaught with this. There are a couple of moves that can’t be broken with Mega Crash.
Uses 2 Levels of Super Meter and costs some of your lifebar to use as well.
Good to see things never change.

:l: or :r:+:snkd: While Guarding = Variable Counter
Just a Counter version of the Variable Tag Attack. The big difference is your partner will do their Aerial Rave Launcher upon completion.

*Remember not all moves can be super canceled and even if they can they won’t always connect or score all the hits possible.

Activate your partner’s L1 or 3 Super after yours has started = Delayed Hyper Combo
There are 3 Chains that DHC’s can go and they all depend on how much meter you have.

Pressing :snkd: while activating your L1 super = Variable Hyper Combo
Timing is very crucial. As soon as the L1 motion is done, immediately press :snkd: to call your partner (if they are alive) in and they will perform their super as well.
Costs 3 Levels to use

*Not all L1 Supers can be used to start Variable/Delayed Hyper Combos. You’ll know which ones because they activate “cutscenes” while the move is taking place.

Hold :l: for a brief moment +:r:+Any attack followed by :dp:+:snkc: = Snapback for Alex
*In order for Alex to complete the Snapback both moves have to hit.

I’ve done the math backwards (hope im doing it right!) to see how much HP each character has. Alex hyper bomb does 25,960 damage (remember, its a lv3!). These numbers will not be totally exact, as my percentages were estimated using a ruler. It should help though. I am rounding to the nearest hundred.

Credits
I borrowed Keits OP as a base for this. And both of his lifebar studies as well. So shouts to him.

Some stuff MarkMan posted and some stuff borrowed and edited from the SRK Wiki. And my personal knowledge of TvC.

So far from what I can tell, one of Alex’s specials is what does snapback (Charge back, foward + attack then input a DP shortly after). Has there been any other characters shown to be able to do it as well?

I was kind of hoping it was a universal mechanic in this game.

Has there been any other characters shown to be able to do it as well?

Ivan’s Charge back, foward + attack also snaps. Snapback also destroys the red life of the character who got in.

And sorry if i am mistaken, but doesnt advance guard also decrease/nullify blocking damage?

Wow, thank you so much for using actual symbols and not letters and numbers to indicate inputs. Good job!:tup:

Iffin’ we decide on a symbol for ‘any attack’, that would be documented here?

Wow, thank you so much for using actual symbols and not letters and numbers to indicate inputs. Good job!:tup:

No problem. Thank complete excitement and not being able to sleep.

Iffin’ we decide on a symbol for ‘any attack’, that would be documented here?

Fixed. And if a smiley is determined that we all agree on I’ll edit as need be.

Wolfox, find out the exact command so I can add it in.
And keep the info flowing so I can get this as complete as possible.

Training mode, free Baroque with Ryu doing :snka:, (baroque cancel):dp::snka:. Normally linked (without canceling), its base damage is 3080 if your own health is above 20%.

Some of these will be impossible in a real match, I think, but pretty interesting to note how much this could turn a match if successful.

I propose that the Baroque data and Keits’ armor data be added into the top post and that this be stickied. Good stuff.

so, everyone knows that every character can air dash into an overhead, right?

Feel Free to throw any of this stuff in the first post.

Did a little testing of my own.

You can mash out of the glitch anywhere (I mashed out after he left the screen completely to test this), so would it be a possible run away tactic? who knows.

Also if Joe’s foot touched the opponent during the VAC the VAC activates properly the glitch only happens with his foot misses for the VAC animation.

Maybe this glitch is possible with other small characters (ie. small VAC hitbox that whiffs.)

Ok, here’s a comprehensive picture/list matching the exact character roster. I hope. Maybe someone can do the Capcom Side since I don’t have much time.

The Tatsunoko Side, from left to right, just like on the character select screen.

It is possible for more info to be added later, such as damage.

Let me know if I messed something up, also I want to hear your opinions on the ratings.

Yatterman-1s assist hits far. like from one edge to half of the screen.

And (something nobody cares) he doesnt use a yoyo, its a Kendama. Jun uses a yoyo

Yatterman-1s assist hits far. like from one edge to half of the screen.

And (something nobody cares) he doesnt use a yoyo, its a Kendama. Jun uses a yoyo

Thanks for the clarifications, I thought it looked like a yoyo to me.

Jun doesn’t use a yo-yo, it’s a science-ninja-spinning-string-affixed weapon.

Thanks for the clarifications, I thought it looked like a yoyo to me.

yeah dont worry. This is a kendama 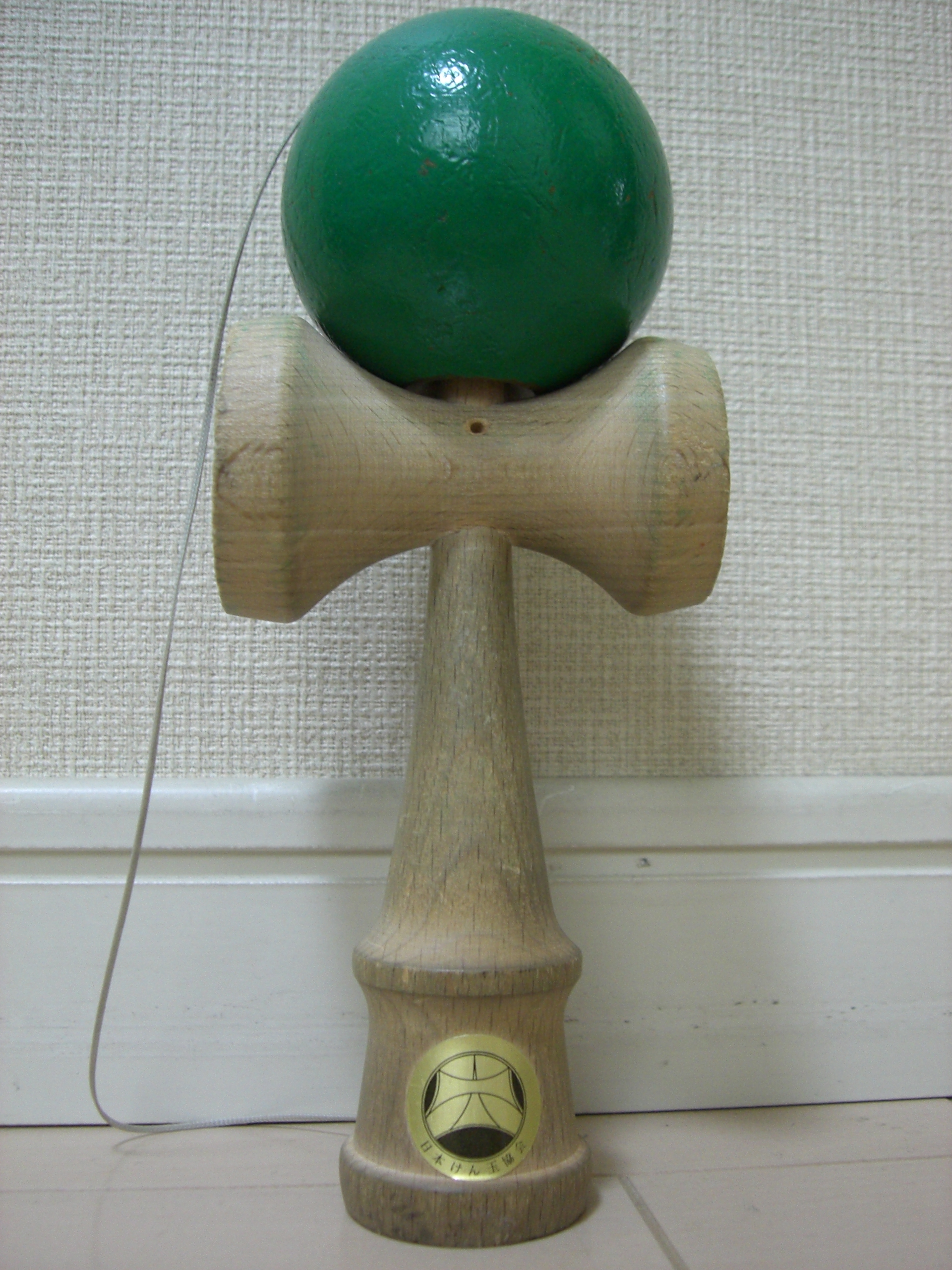 It seems that it is or it was very popular among children in japan.

I’m very surprised that no one has mentioned Assault, i must assume it was dumped? no one has said something related…

Neither Rolling… but that sure is in.

Btw, can you really dhc 3 times? or i misunderstood that part? i’ve never seen someone do it…