I’ve lost count of how many issues I’ve had with them and how many times I’ve had to call them out here.

This. My Comcast is down right now for no fucking reason at all. I called em and they don’t know whats wrong so i have to wait till tomorrow for a guy to come out “Between 12 and 2.” I’m using my neighbors connection right now (He’s a nice guy) but I’m only getting 1 bar and i can’t DL or stream anything without it taking for fucking ever.

FUCK YOU COMCAST! It sucks that your the best option in my area.

I still can’t believe the best DSL for residential in Chicago of all places is 6.0 Mbps.

And even that isn’t available in most of the city.

I know ATT is pushing U-Verse, but even getting that doesn’t improve your DSL speed.

interstate commerce laws will probably have to be reworked in order to get this shit done, in addition to fixing the country’s power grid

Seriously, I’m all for broadband for every citizen here but before we do that we have to do a serious overhaul of our power grid. Almost every other week between the spring and early fall my neighborhood get’s brownouts and I live in freaking New Jersey. It doesn’t make sense.

BTW Comcast repair man ( who was fixing my cable box last year) mentioned the ‘cable system’ in my apt complex is like 35/40 years outdated, because I have Digital Cable if my cable box goes nuts it takes forever for them to fix it if it’s a internal error. 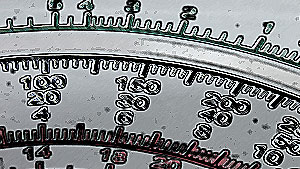 Time Warner Cable’s bandwidth caps are such a hit that the company is rolling them out in more cities this year. The caps start at 5GB per month, but Time Warner Cable’s CEO says that they are needed to cover its infrastructure costs. We’re (deeply) skeptical.
By Nate Anderson | Last updated April 1, 2009 8:16 PM CT

Time Warner Cable’s bandwidth cap test in Texas has apparently gone so well that the company plans to deploy the system in Austin, San Antonio, Rochester (NY), and Greensboro (NC) this year. The highest current cap? 40GB per month. The lowest? A mere five.

CEO Glenn Britt tells BusinessWeek, “We need a viable model to be able to support the infrastructure of the broadband business. We made a mistake early on by not defining our business based on the consumption dimension.”

To do that, TWC has been testing plans with 5, 10, 20, or 40GB of data transfer per month, with prices ranging from $30 to $55 a month. Compared to other ISPs, this seems like an abysmal deal, since AT&T’s DSL has no official cap and Comcast offers 250GB per month, generous by comparison. As it expands the trial this year, TWC is adding a 100GB/month level as well, though pricing is not yet available.

Britt’s rationale for the change?infrastructure is expensive?is tough to understand. Cable’s physical plant has been in the ground for years; even hybrid fiber-coax systems have been widely deployed for some time. Internet access simply runs across the existing network, and one of cable’s big advantages over DSL is that speeds can be upgraded cheaply by swapping in new DOCSIS headend gear, with DOCSIS 3.0 the current standard. Compared to what Verizon is doing with fiber and AT&T with its quasi-fiber U-Verse, cable Internet is a bargain (well, for the operators).

But perhaps consumers are insatiable bandwidth hounds who are simply overloading TWC’s system?or perhaps not. The BusinessWeek article notes that only 14 percent of users in TWC’s trial city of Beaumont, Texas even exceeded their caps at all. My own recent conversations with other major ISPs suggest that the average broadband user only pulls down 2-6GB of data per month as it is.

One the one hand, this suggests that caps don’t really bother most people; on the other, it indicates that low cap levels aren’t needed to keep traffic “reasonable” since it’s actually quite low to begin with. The shift toward metered pricing can’t help but benefit TWC’s cable business (unless consumers truly revolt), since low caps will ensure that Internet users think twice before doing data-intensive activities on the Internet such as streaming files from Hulu or downloading HD movies and TV episodes from Amazon and iTunes. TWC’s own cable video service may prove more compelling than the online alternatives because it has no “caps” or additional fees for watching too much TV.

It’s certainly understandable that ISPs would want to curtail abusive users. One ISP told me that a single subscriber last year used 4TB of data transfer?in a single month. This can be a special problem with cable, which uses a shared neighborhood architecture, and one such user can cause problems for others, especially with uploads.

But Time Warner’s low caps make it hard to believe that this is all about infrastructure costs. Internet backbone bandwidth is cheap or free (and plummeting in cost each year), DOCSIS upgrades are a bargain, and competitors in the same business can offer multiple times higher than TWC’s maximums. TWC’s lowest-priced cap, at $30, is cheaper than Comcast’s offerings and more in line with AT&T’s DSL pricing, so perhaps TWC hopes to compete on price for value-conscious customers.

Will customers just switch en masse to uncapped AT&T DSL then? Probably not. Not only is switching a hassle, but AT&T has decided that trialing bandwidth caps in Texas is such a good idea, it should do the same thing. In the same town.

Unsurprisingly, Time Warner is the first to openly and brazenly declare that it would rather charge its customers more for shit service than it would upgrade anything.

When Time Warner tries the cap shit here I’m switching to Verizon FIOS. I would now but I’m too lazy to go through the necessary bullshit of canceling my service with Time Warner.

Knology is worse… MUCH worse.

Time Warner Cable’s bandwidth cap test in Texas has apparently gone so well that the company plans to deploy the system in Austin, San Antonio,** Rochester (NY**), and Greensboro (NC) this year. The highest current cap? 40GB per month. The lowest? A mere five.

Fuck Time Warner. The instant I can switch to something better I am.

No, it’s actually not.

Your network adapter is CAPABLE of 54 and 100 mbps from your wifi router and direction connection respectively, but your ACTUAL speed from your ISP is different.

http://www.speedtest.net can show you a gauge of what your actual Mbps is.

how high is the dutch compareds to the rest of the world. i dl like over 1mb per second if its a good connection on torrents (movies and such). a really good connection gets me like 1500+kb per second. and we aint even nowhere close to having a fast connection, its average at best.

All those fiber optics would be way to expensive for us. Too much ground to cover too. I wish.

When Time Warner tries the cap shit here I’m switching to Verizon FIOS. I would now but I’m too lazy to go through the necessary bullshit of canceling my service with Time Warner.

Careful…I hear Verison fios’ billing department is a bunch of retards. You might get shit like thousand-dollar bills. Their dsl isn’t bad, though. You get billed for 1.5 mb per sec dl, but your actual dl rate is 2.89mb per sec.

It’s a risk that with government and with big business intervention that the internet will become stagnant. That’s what I don’t want to happen.

optimum online blows, often advertised as 15mbps but i prob only get a max of 10 on a good day… sigh

17th in the world is pretty pathetic

I still say fuck Time Warner, but now to a slightly lesser extent:

Time Warner Cable Inc. is shelving its plan to bill customers based on how much Internet traffic they generate, following mounting public and political outcry.
Time Warner Cable’s capitulation doesn’t bode well for the future of metered billing of the Internet, in which people who use more bandwidth pay more.
Frontier Communications Corp., a Time Warner Cable rival in one key test market, Rochester, N.Y., also has dropped its plans for metering Internet use.

I’m glad they finally realized how much people won’t put up with their bullshit.

Broadband boost on its way for the US…

US regulators have unveiled the nation’s first plan to give every American super-fast broadband by 2020.

The Federal Communications Commission (FCC), which will now submit the plan to Congress, said broadband was the “greatest infrastructure challenge”.

It estimates that one-third of Americans, about 100 million people, are without broadband at home.

The FCC’s goal is to provide speeds of 100 megabits per second (Mbps), compared to an average 4Mbps now.

“Broadband for every American is not too ambitious a plan and it is absolutely necessary,” former FCC chairman Reed Hundt told BBC News.

WHAT GOVERNMENT WILL DO

Provide one gigabit broadband to schools, hospitals and military installations

What’s the highest speeds you guys get currently? Here in Canada, the highest you can get is a 70MB downstream (at least through Rogers…not sure about Bell).

While I don’t wholeheartedly disagree with conspiracies against a government-run ISP (which is not what is being proposed, right?) I really hate that people feel they have the right to free music.