Lol what… That was not a penalty.

Yup, I don’t know what game these pundits were watching. He had eyes on the ball the entire time, he raises his knee and drops his arm to block the ball, it hits his arm, it’s a penalty.

From that distance there’s nothing he can do about it. It’s his hands natural movement after a jump. The ball was going to his hand not the opposite and he can’t cut his hands in mid-air. if the ball was high and he had flared his arms then yes it’d be a pen.

I think its Funny France has the Sport riots that would put Boston to shame and Croatia is partying like it’s New years 1999 all week. 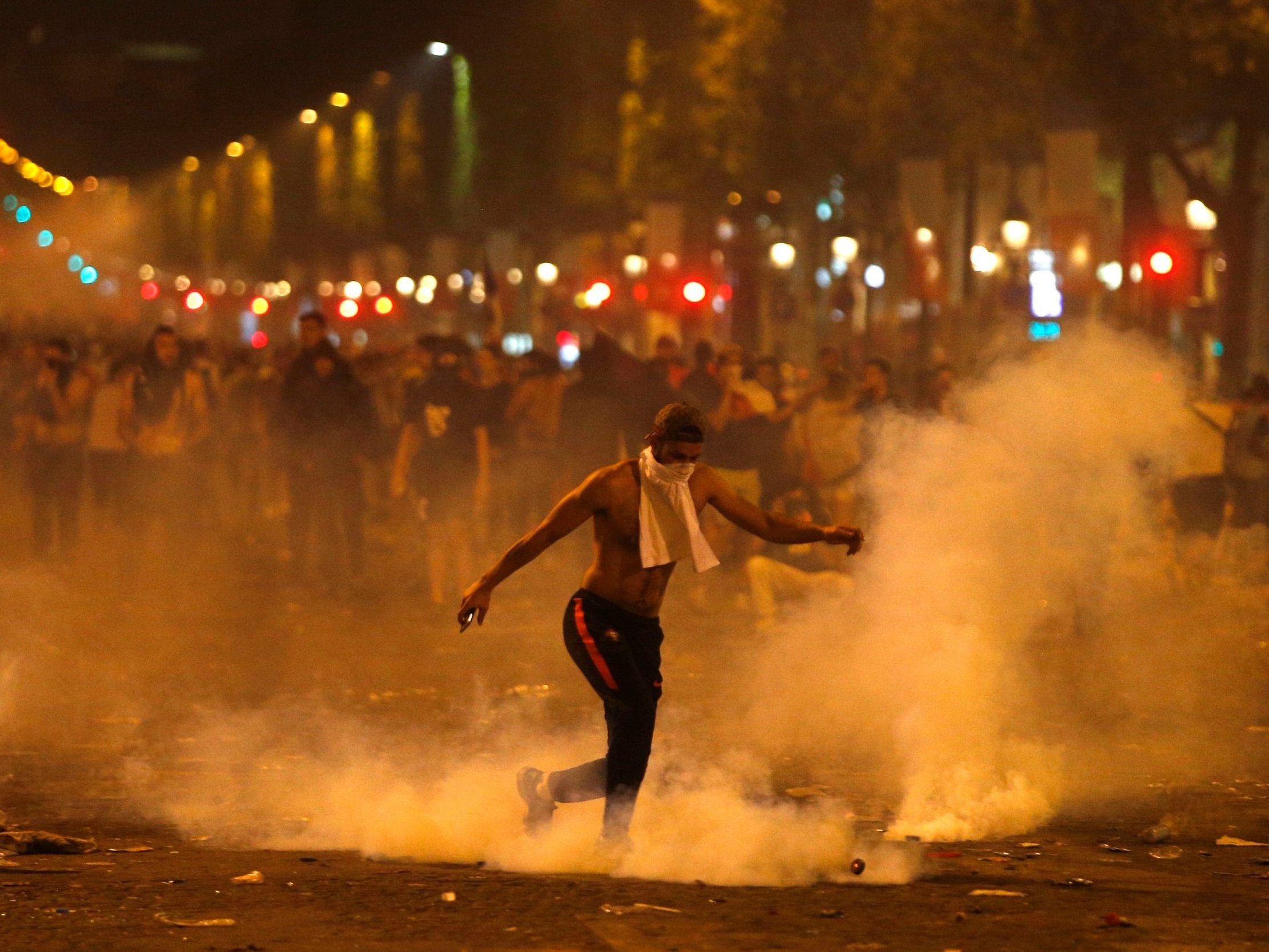 This is the celebration in Zagreb that happen yesterday, today parties are in Split.

Nah, he has his eyes on the ball the entire time. He jumps to head the ball but sees that the ball is coming in lower so he raises his left leg to block. In doing so he naturally lowers the left arm, but it’s this left arm that moves from a non impeding position into one that impedes the flight of the ball. In this scenario it should not matter if the arm is in a natural position when struck by the ball, and that’s why the ref gave the penalty.

Croatians have every right to celebrate. Who knows when they will be able to get this far again? Might as well soak it up now…

I have no idea if hiring Solskjær as temporary manager will yield long terms results for Man U. But right now it looks like a stroke of genuis. The match against Cardiff showed an entirely different team than what we’ve seen all season, and the amount of sheer hype the hiring has created has to be good for business.

ManU’s locker room was so broken, it wasn’t even funny. Mourinho was clearly the problem but management was reluctant to pay him the recession clause.

Mou is a great coach if his contract only lasted two seasons. By the third all the dirty laundry begins to air.

Jose’s great at making defensive teams. The ManU lineup is mostly offensively geared players. Of course there would be problems in the long run. Plus, his management style didn’t fit, and he was reluctant to adapt because grumpy, arrogant middle-aged man.

Also his contract did only last two seasons, they just renewed it. Probably because of a good second place thanks to de Gea having a retarded good season.

Solskjær’s standing in the team and overall philosophy for what ManU should be (entertaining and offensive) seems to be a great fit. I hope he manages to keep this up for the team.

Hence the mistake re-upping him for a another. He’s like the coaches in the leagues of Latin America where they split it to fall and spring seasons. Keep him for that run then look elsewhere.

Ummm no, this was actually Atlanta’s 2nd season in the MLS.

Then Wikipedia is wrong…

Wikipedia actually says it was their second season. Do you even read, bro?

Japan and Qatar are in the America Cup?!?

Ummm yes. Why? They always invite teams from other parts of the world to complete a 12-team tournament format (CONMEBOL only has 10 teams in its’ roster). Japan had already participated in Copa America before (1999) and Qatar is the host of the next WC (and current Asian champs), so there.

Usually they completed their format with teams from CONCACAF (so it wouldn’t look so weird to have teams from the same continent), but then CONCACAF would tell their teams to focus more on THEIR tournaments so no dice (also hence why no more Mexican teams in Copa Libertadores).

Looks like Seattle has 2 dominant teams so far this year.