Regarding Guy’s 武神無双連華 Bushin Musō Renge (Warrior God Matchless Chain Flower¹), although there is a 無 mu (Nothing) in its name, it’s part of the compound 無双 musō (matchless, peerless); therefore, it’s all but demonstrated whether Guy achieves that Mu or not during its execution.

This is quite interesting. I would have thought it was related to the state of “nothingness” since “musô” is also what was used in HnK when referring to kenshiro’s ultimate technique. I had no idea that it meant “peerless”. In fact, had someone asked me how to say “peerless” or “matchless” in Japanese, i would have answered “Muteki”. But i guess that’s incorrect.

I would even say that there’s another reference in Guy’s special move “kaiten izuna otoshi” which is exactly the same as Lee’s Omote renge.

That’s… complicated, actually. It could be that they wanted to reference Lee’s 表蓮華 Omote Renge (Front Lotus Flower), but the fact is that… 飯綱落とし Izuna Otoshi (Least Weasel Drop¹) is in itself an old move, a staple of almost every fighting game ninja from Claw’s “Izuna Drop” onwards, and of almost every ninja in general after Claw; Claw himself referenced the 1964 manga カムイ伝 Kamui Den, by renowned gekiga artist Sanpei Shirato. By the way, I have read it and it’s nothing short of superb.
The first appearance ever of the Izuna Otoshi happened on the 5th of May 1965, when the monthly manga magazine Garo published the second chapter of Kamui Gaiden, aptly titled 飯綱落とし Izuna Otoshi, whose final fight saw this occur:

The protagonist Kamui mainly used his Izuna Otoshi in aerial fights between high trees where he could catch his opponent in mid-air, but chapter four, むささび Musasabi (16 June 1965), had Kamui fighting in a grass field and therefore demonstrating a variant, still named Izuna Otoshi:

Kamui Den is the source of many moves and stereotypes in mangas’ and fighting games’ ninjas². The Izuna Otoshi went on to become Claw’s Izuna Drop (often mistransliterated Izna in various SF2 arcade flyers I’ve seen) in 1991, and then many FG ninjas added this move in their arsenal. Then, it appeared as Omote Renge in Naruto, but even the spinning part had already been added by at least 1993, when Hanzō and Galford in the first Samurai Shodown executed the move that way.

¹ There’s a reason for that name. [details=Spoiler]The entire story is narrated in this video, whose translation I’ve summarized.
Later on in the manga, Shirato explained that when Kamui still was a regular Iga ninja and not yet a nukenin, he was studying techniques under his stern master Akame, and became concerned with the fact that his colleague Toera had already learned a powerful move named 山陰 Yamakage (Mountain Shadow), and therefore he had to create a technique that could match that. One day, he observed a runaway horse who was about to kick a child, and sensed there was something strange. Jumping on the horse, he discovered that a small itachi (weasel, also a well known ninja name) hidden in its mane was causing its behaviour. As soon as the weasel had jumped off, the horse calmed down. Amazed that such a small animal could trouble a much larger one, he began to observe weasels, until he saw a prodigious fact. A weasel had jumped on a pheasant’s back, and the pheasant flew away, trying to shake the weasel off its back. But no matter how much it shook, the weasel won’t fall; instead, the weasel managed to wear the pheasant down and make it fall on its head. Thus Kamui began to train with logs until he perfected the Izuna Otoshi. The name “Izuna” comes from the Northern Japan name of the weasel, where they’re named “Izuna” or “Iizuna”. In fact, “Itachi” is the generic term for weasels of all subspecies, and “Izuna” is the more specific Least Weasel. There is also a supernatural being named Izuna as well, but it’s totally unrelated.[/details]

² For instance, his 霞斬り Kasumigiri (Mist Cut) became Kasumi’s 朧 Oboro (Faint) in DOA, and many other techniques in which the attacker seems to “go through” his opponent:

My tribute to lord Bison. This is my favorite Bison theme
https://www.youtube.com/watch?v=UJFQHDtk-Jg

I totally forgot how good this is. Now I member!

Thank you, your post was very informative. I particularly appreciate the story behind the name “izuna otoshi” (also, thanks for the video link).

Kamui Den is the source of many moves and stereotypes in mangas’ and fighting games’ ninjas². The Izuna Otoshi went on to become Claw’s Izuna Drop (often mistransliterated Izna in various SF2 arcade flyers I’ve seen) in 1991, and then many FG ninjas added this move in their arsenal. Then, it appeared as Omote Renge in Naruto, but even the spinning part had already been added by at least 1993, when Hanzō and Galford in the first Samurai Shodown executed the move that way.

I thought that the spinning part added to Guy’s Izuna Otoshi in SFIV was a direct reference to Lee’s omote renge. But now it seems obvious that there’s much more to it than what i assumed. I guess that move, along with its variations, simply belong to the ninja lore. Another one of the headbutt brigade.
Sometimes he even dished out a powerful front kick.
He drinks, rages, and breaks a beer bottle.
Scary, scary!

He’s renowned for his cocktail in which he mixes
Worcestershire sauce, shōyu, mustard, Chili oil and dressing.
It seems that he’s currently enjoying
mellowing it with honey¹.
He tried a diet once,
but it didn’t last long.

Awesome, the profiles have returned, it’s been way too long.

He’s renowned for his cocktail in which he mixes
Worcestershire sauce, shōyu, mustard, Chili oil and dressing.
It seems that he’s currently enjoying
mellowing it with honey¹.

I’ve heard of getting sauced but Bill is taking things a bit too literally.

He tried a diet once,
but it didn’t last long.

Maybe lay off the sauce?

Akuma vs Akuma: Leave my sight, imposter!
vs Ken: Such an unsightly weakling you are!
vs Guile: This is the true battlefield!
vs Chun Li: Your death is in my hands, you foolish girl!
vs Cammy: You’re ill-prepared for battle!
vs Vega: You only care for beauty. Now look at you!
vs M Bison: Your death is in my hands!
vs Birdie: The ignoble deserve only hell!
vs R. Mika: For a weakling like you, death is a reprieve!
vs Alex: You are unworthy of fighting me!
vs Jobcali: Lowly creature! I should rip you apart!
vs Rashid: Cowards like you disgust me!

Don’t have the game myself so I just put what I saw from any videos out. It shouldn’t be too long before it’s all finished though.

Anyone here can confirm if the japanese quotes are as weaksauce as the english ones? Wanna give some benefit of doubt to the japanese creative department and blame the CapUSA Thought Police since that is seldom wrong but who knows, maybe they have “standardized” the dumbening down on both sides of the Pacific.

Thanks for posting those. That’ll make things a lot easier.

To Juri: "You are consumed by desire. Death is all you deserve!"
To Ryu: "Is that all your fists are capable of?"
To Urien: “Let your broken bones remind you of my fists!”

Here’s the Japanese story mode for Akuma “Mudo Tesnho” (無道天衝 - Inhuman Heaven Piercer; The attack used on Necalli which will probably be featured in SF6)

I honestly don’t see any real differences in between this and the English in terms of mentioning demons or “Oni” and or demon gods “Kishins”. His Path of Oni philosophy seems to be a new take on the Asura’s Path, and Demon God Fist is “Kishin no Ken” basically both of these are directly implying his fate as Oni.

vs Jobcali: Lowly creature! I should rip you apart!

RIP Necalli 2015-2016
Thanks for keeping Akuma’s seat warm til the winter.
Talked about failed potential, probably even worse than Seth.

Also, figured out Necalli must be a Hollow type ghost. The Mudo Tensho reminded me of the Getsuga Tensho attack from Bleach which made me realize the Tensho kanji are the same. It’s posts like bakfroman that make me wish I could press both insightful and lol. And I’ll remember to get all of the quotes next time this happens. Thanks for reminding me. Speaking of which…

vs Laura: Your naivety is simple laughable!

I told you already. He listened to Vison of Love and is trying to hit those Mariah Carey notes. He doesn’t have a speech problem. His vocal chords are just sore from hours of practice. He isn’t trying to “Devour Souls” he’s trying to “Develop Soul” for his singing voice. Poor bastard was trying to hand out a mixtape on Bison’s ship. Nash, Azam, and Rashid just ran from him.

vs Chun Li: Your death is in my hands, you foolish girl!

vs M Bison: Your death is in my hands!

They reveal absolutely nothing worthwhile. Maybe there is some juice in the Japanese texts. 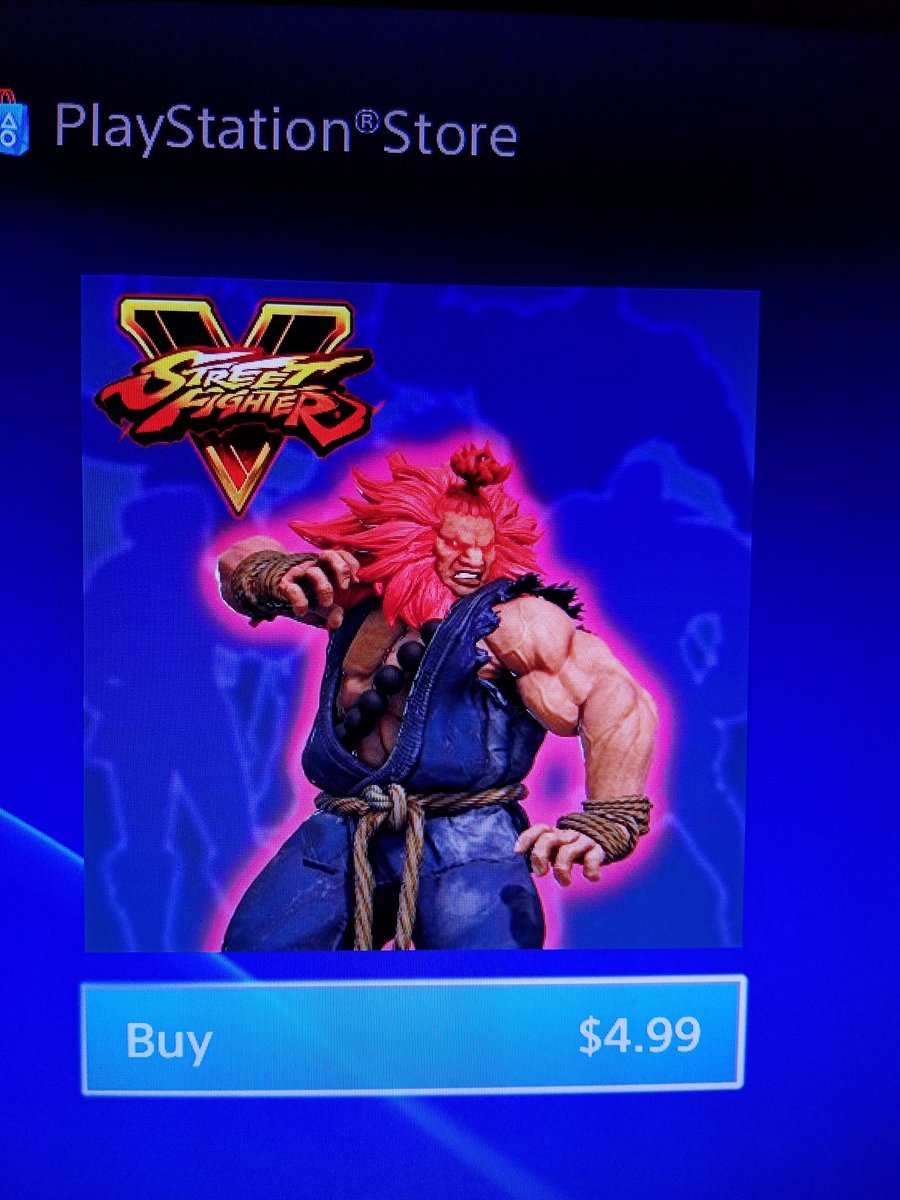 Kolin and Azam confirmed? Or are they trolling…