I’m curious how they’ll like the new characters to the SFV storyline. Kolin was easy cause she was all over the story mode, but say the bring in Haggar or Simone, what link will they have to the plot?

Does Helen’s inclusion mean Viper is a worthless spy now? Helen seems to be able to whatever Viper can do, only much better and without the aid of electronics.

She’s an undercover agent who can fight. You really can’t see the resemblance?

Viper is working for the exact same “entity” as Kolin in SFV and I was talking about their impact in the story, not playstyles.

Helen/Kolin is definitely reminding me of elements of Rock Howard, Gen and Decapre. I’m eager to get my hands on her (giggity). Also she might be a major catalyst for getting my wife to play more seriously since she has a major girl-crush on her.

I’m very eager to see her storymode. Hopefully it will have juicy stuff for us

It’s written 王王 and pronounced Won Won¹.
He’s a renowned gourmet, and enjoys cooking himself.
It seems he likes recipes made with mǐxiàn.
But you shouldn’t use a kitchen knife as a weapon, you know! A former sailor, hearty and strong.
He considers Hong Kong’s harbour as his turf.
Even the local mafia, The 800 Dragons³, acknowledges that.
He attacks brandishing his meat cleaver! That’s dangerous!
Beware of his violent Elbow Drops, too.
It seems he supports an infamous crime syndicate nowadays.

³ A reference to “The 108 Dragons”, the main enemy in the manga and movie Crying Freeman. The original name is 百八竜 and they simply swapped the first two kanjis.

Guess we all know who put Remy’s sister on ice

My bet is Hyoga, the emo saint

The five of them are the same, but they are not emo. They just protect justice and love :arazz:

Seiya is a bro

He learned to punch fast as fuck peoples in the face, then pretended is some magic power from Athena, the stars and shit

When peoples started smell his bluff, as second special he invented the suplex and pretended is magical too

Everyone else got nice supernatural shit with the armor, he just trained enough to punch peoples skulls like angry prime Tyson on cocaine

End up being the Hero and bang Athena, got motherfucking Sagittarius gold armor, golden wings and a golden arrow that can kill Gods

…while other are silly sidekicks 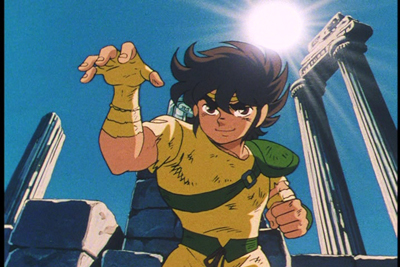 Viper is working for the exact same “entity” as Kolin in SFV and I was talking about their impact in the story, not playstyles.

Viper is working for the CIA like always. Kolin works for Gill. They have different functions in the storyline.

I wonder if Won Won will end up being related to Wong from FF3.

FF3 has a lot of really derivative bossess actually… 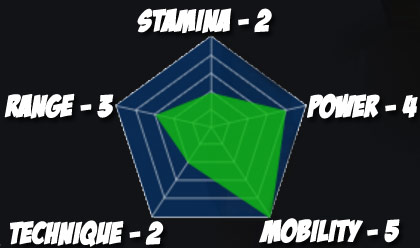 meanwhile at the Officers of Shadaloo

I wonder if Won Won will end up being related to Wong from FF3.

FF3 has a lot of really derivative bossess actually…

Don’t link pictures from Rage Quitter 87’s site. You get that weird Bison face instead.

Thats probably why they left won won last. So they can do wong tomorrow

Thanks. I had put together all of the SF3 AAC references in an album awhile back: http://imgur.com/a/M4Qq8

Maybe @bakfromon and @Miðgarðsorm can take a look at the album and see if any Secret Society stuff regarding the ancient stuff is there. The only thing I could recognize is the bio on the G-Project.

There IS something, but for now I have to translate other things, sorry. :s

Take your time. I just wanted to make sure there was something. We can wait. I’m just glad there’s something.

Are SFII and SFA3 the same story?, I mean, is SFII considered canon? or was SFII retconned?

So this would be the chronological timeline?

A new era that is in the process of being ushered in by Gill who leads the mysterious Illuminati. They anticipate that two conflicting forces that have kept a subtle balance from the beginning, such as love and hate, will soon collapse, the Lord reigns over all as he desires a “coexistence”.

A mysterious file owned by Gill. Ibuki is ordered to retrieve it, but Gill says “a mere person wouldn’t be able to do anything but read about it”. There are various theories on whether the acronym “G” stands for “Genocide”, or is an abbreviation of “Gill”, but what it actually means is unknown.

Emperor Gill has been defeated and usurped in the year 2000. Urien has destroyed the brains of the "Leaders of the Organization, and with a determination to craft his own era he arbitrarily decides on a new one.

What if FANG “joins” the Illuminati, in hopes of stealing Gill’s Resurrection technique to use on Bison? They’ve shown a definite interest in Shadowloo tech from Urien’s prologue, so having FANG around to complete their knowledge might be an asset.